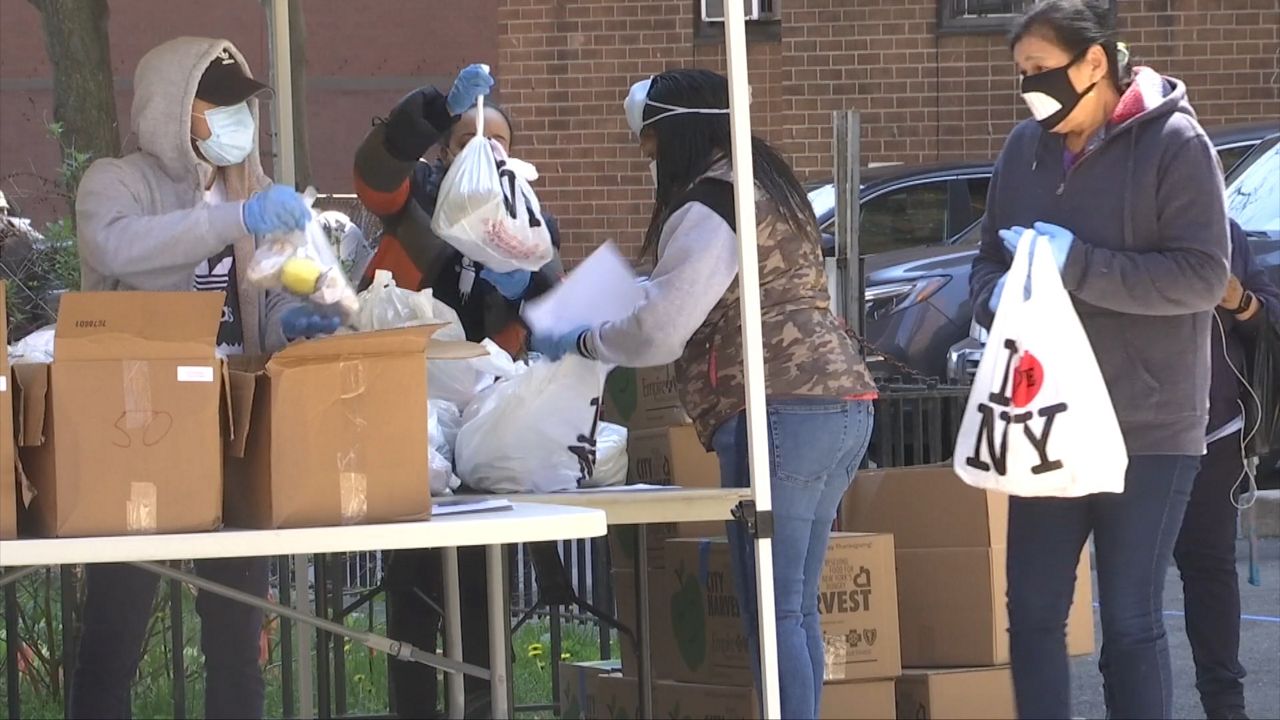 City Falling Short on Promise to Feed All Seniors in Need, Non-Profit Says

“The city is failing the seniors, a lot,” 70-year-old Flora Tittley said. She told NY1 she registered with the city Department For ehe Aging for meal deliveries last month.

“April 20 will be three weeks that I signed up personally, myself, and the lady told me it will be delivered on Wednesday," Tittley said. "But I didn’t receive anything.”

She lives in the Isaacs Public Houses on the Upper East Side. Tittley used to eat at least one free meal a day downstairs at the Stanley Isaacs Neighborhood Center.

When the coronavirus first emerged, the meals were distributed outside instead. Then, on March 30, the city said it would deliver the meals to seniors’ homes so they would not have to go there at all.

The problem is Isaacs Center staff and residents say those city deliveries are inconsistent and wrapped in red tape.

So the center continues to distribute so-called grab-and-go meals, even though Khristel Simmons, the center's director of food and nutrition services, confirmed that it is what the city told them not to do when NY1 asked.

“What are we gonna tell people? You can’t have any food this week,” she said. 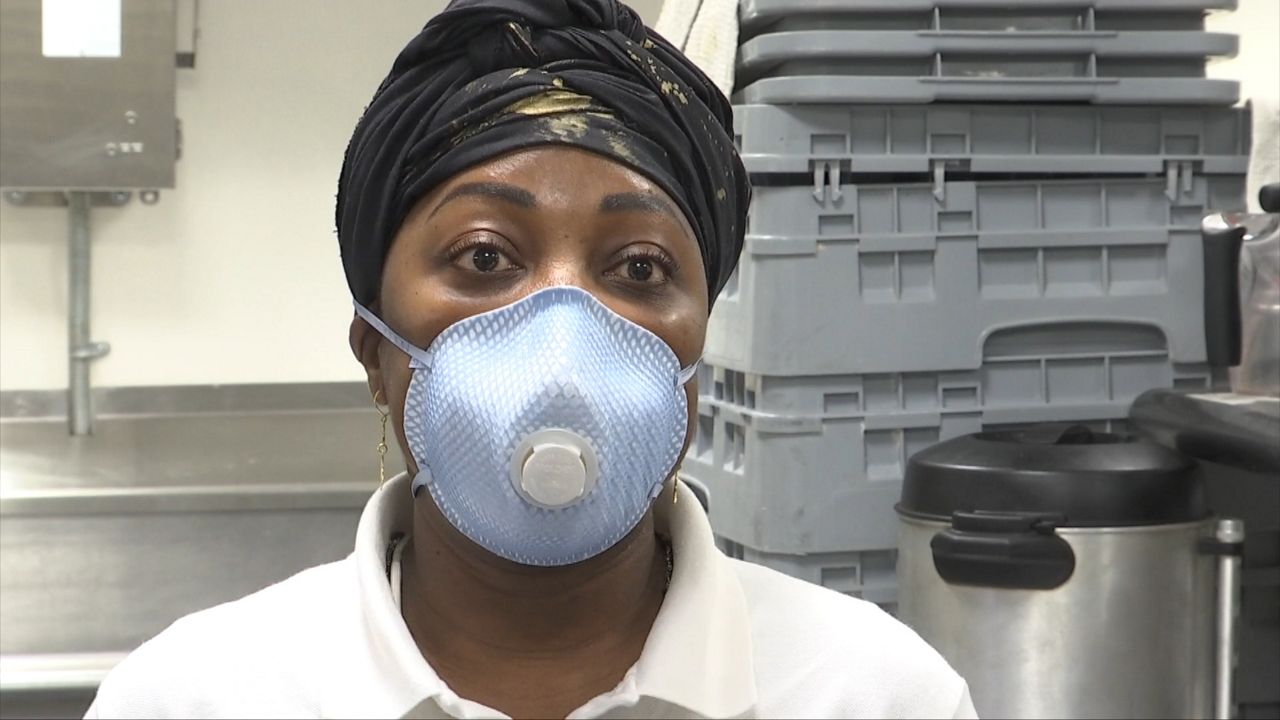 The Isaacs Center says it also had to increase its Meals on Wheels deliveries each day to 900 from 550 because the city is not providing the services it promised its clients.

“Imagine you receive a phone call and there’s a senior on the other line and they're crying and they're like, ‘I can't leave my house. I don’t have any food. I don’t know what to do.’ Your heart starts to break,” Simmons said.

The center’s executive director says he knows of 390 seniors near the center who want food and are still waiting for city deliveries.

He says the city has been working off of its database of seniors-in-need that it collects from providers around the city without actually asking the providers for their input about who needs what.

“It’s as if the knee-jerk reaction was, get food out without pausing to ask providers with many years of service to seniors who know best."

Morris said they were never asked to help by de Blasio administration. “Think about it this way,” he said, “I have a kitchen, I was never asked to serve more meals. I should be feeding those in public housing.” 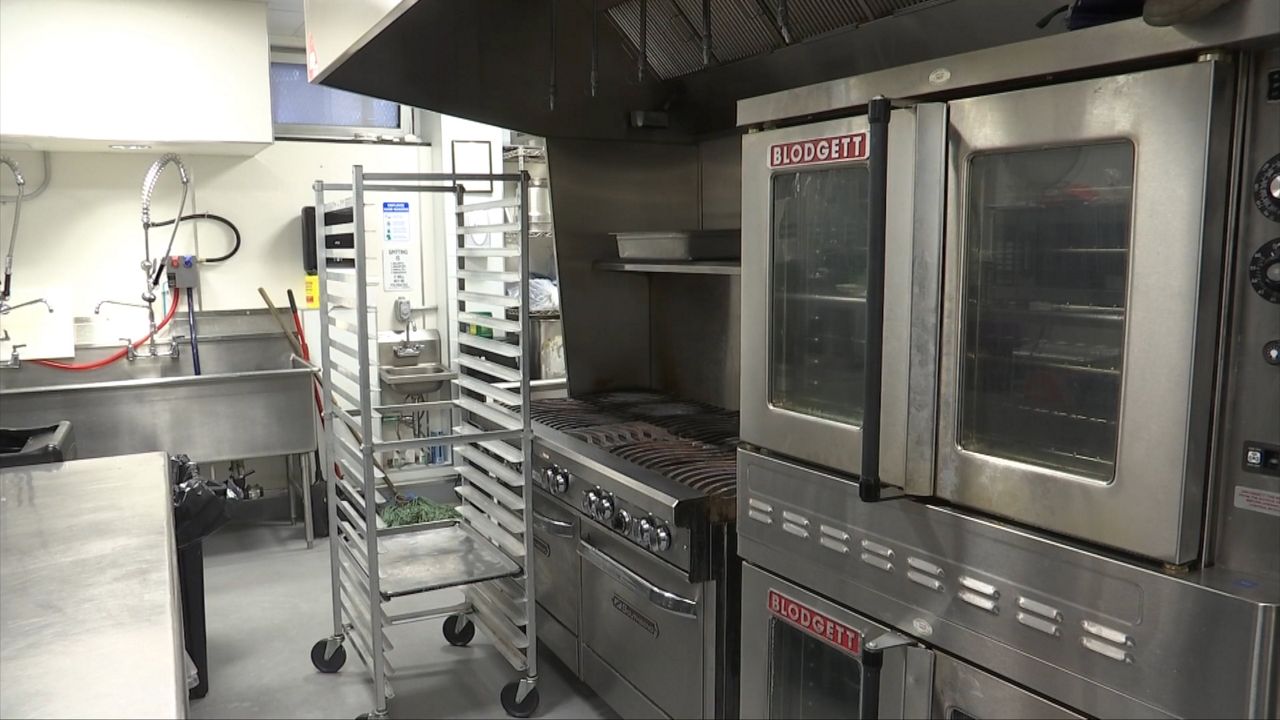 The kitchen at the Stanley Isaacs Neighborhood Center.

“It has to be fixed, because these seniors will starve,” warned Manhattan Borough President Gale Brewer.

Brewer says there are two main problems: the city is making seniors re-register for food deliveries every two days, and to do that they must call 311, which is overwhelmed.

Brewer tested the system several times after hearing reports from seniors that they weren’t able to register: “We were told the system is over capacity and I could not as a senior myself register.”

Others say 311 instructs them to call providers in their area, but the de Blasio administration has told providers to instruct people in need to call 311.

“It is very frustrating,” Tittley said about waiting for food.

In desperation, she reached out to a nephew in New Hampshire for a package of food. It may arrive quicker.

“This is going to be three Wednesdays now … and I’m still waiting,” said Tittley.

NY1 asked the de Blasio administration about all of these issues and received this statement:

“New York City is standing up an enormous and wide-reaching effort to ensure no New Yorker goes hungry, serving around 4.5 million meals since this crisis began - including well over 100,000 per day delivered at home to people who cannot go out, including seniors. Food pantries are our critical allies in this effort, and, in partnership with the City Council, we recently announced $25 million to help them stay open and operational. Capacity for the Emergency Home Food Delivery program will continue to grow. While we are developing new ways to utilize senior center and food pantry resources, the best way for a senior who cannot go out to get connected to services is to call 311 and say 'Get Food.'"