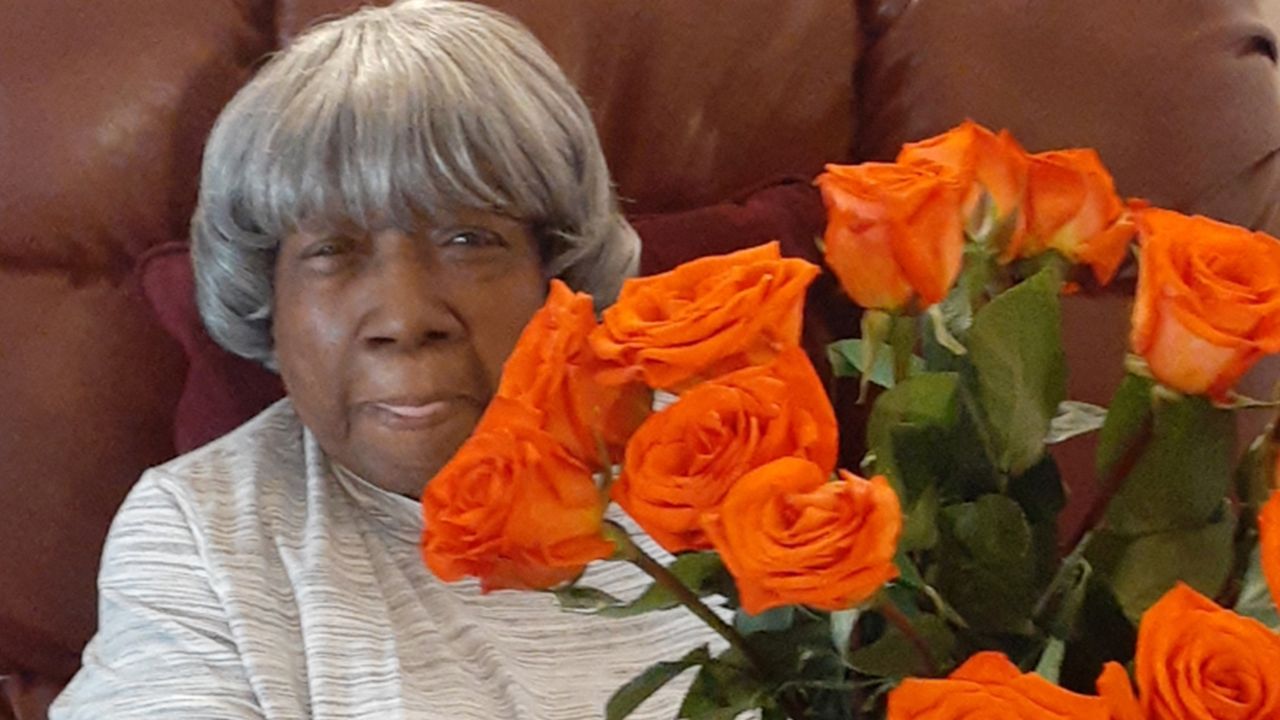 I met 90-year-old Mollie Gustine in early March, at the Queens nursing home where she was temporarily living recovering from an illness. I was doing a story about the retired NYPD detective for Women's History Month.

Looking at one of her old police photos, Ms. Mollie, as many people called her, said, “that's me in the uniform."

What stood out for her in the picture wasn't the uniform she wore, but the smile she wore on her face.

You see, Mollie Gustine became a city police officer in 1963. As you can imagine, the NYPD had very few African American women on the force back then.

She went on to work undercover and became a detective in 1974. She said she was one of the first women to be a union delegate for patrol officers. She was also the first black woman to be a delegate for detectives.

She was hired as a police matron -- that's what they called female officers back then. Gustine said, "It was difficult. But it was just a job. Remember, I am a mother with children, you know it's just a job."

Although I knew about her accomplishments and that she was even once shot, I had no idea Gustine was a musician. Officers from Queens who she was friends with pushed her in a wheelchair to a piano so she could surprise me with a performance.

While playing some gospel, Gustine said she wasn't professionally trained, but simply played by ear, The 90-year-old said, "Music is one of the beautiful gifts, the gift of music."

Then she played a little Stevie Wonder and Aretha Franklin.

Going back to her NYPD days, she reflected on doing plainclothes work. "Part of my job was working undercover. In fact, the majority of my assignments were undercover."

That included working in Harlem and Queens. In Queens, she was assigned to the Sex Crimes Division. The great-grandmother said she truly enjoyed being a cop and the communities she worked in. Initially, fellow officers and union delegates gave her the cold shoulder because of her gender and race. Gustine said that changed as they grew to respect her,

"I admired police officers. I felt that I could represent them, and I did. To the best of my ability."

Just days after my interview, the coronavirus took a devastating hold on New York and my profile story on Gustine had to be put on hold. Unfortunately, I've found out that Ms. Mollie Gustine has become one of the thousands killed by COVID-19.

Reflecting on our talk that March afternoon, it was full of laughter and joy. I teased the 90-year-old about adding a little hip-hop to her repertoire. She responded:

"I don't mind learning it,” Mollie Gustine said. “It's terrible. Don't tell the young ones I said that."

And we laughed out loud.

Mollie Gustine said she cherished every day. Her final words during the interview are even more poignant now:

"You don't have yesterday and you don't have tomorrow. So let's enjoy each other. That's the most important thing," she said.

And may Gustine, or as many called her, Ms. Mollie, rest in peace.