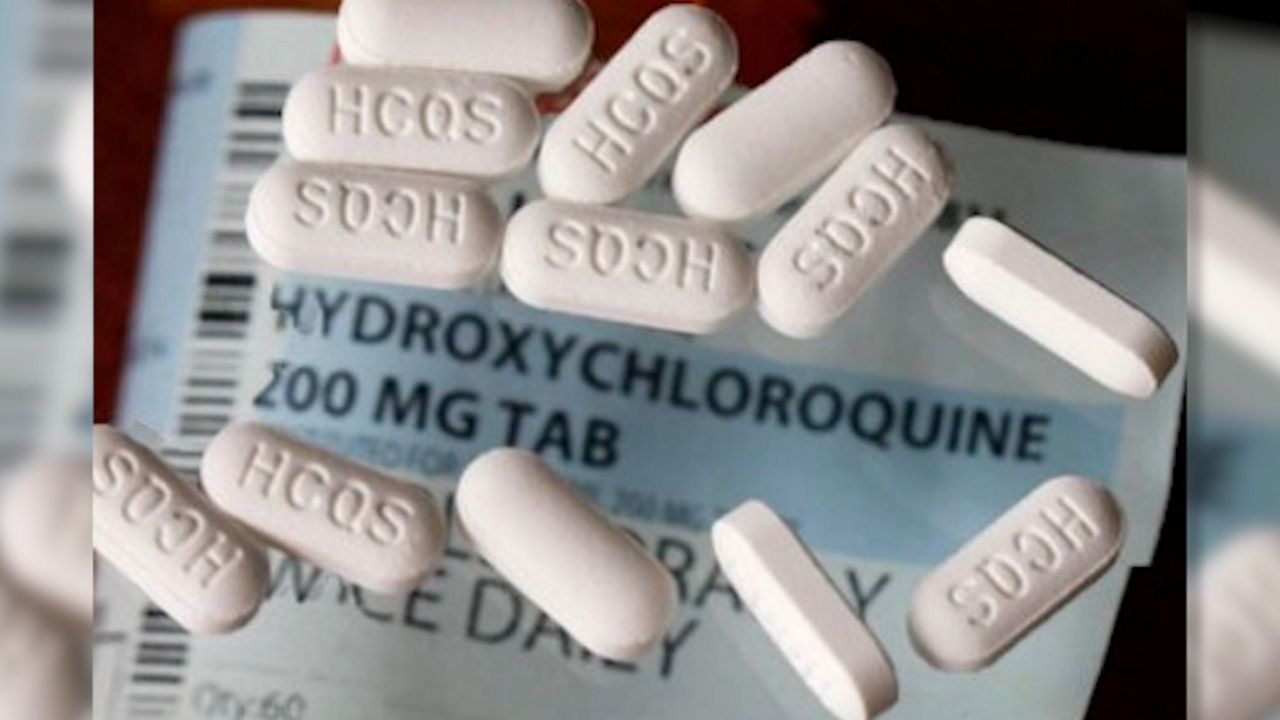 NEW YORK - President Donald Trump touts it as a potential game-changer against the coronavirus: the anti-malarial drug hydroxychloroquine. Researchers are far more circumspect. New York is now at the center of efforts to see if it works.

The NYU Langone Medical School is conducting ten different trials of potential coronavirus therapies. One of them is evaluating whether hydroxychloroquine can prevent people exposed to the novel coronavirus from getting sick. That study began last week, according to officials.

"Participants will take the drug hydroyxycloroquine for 14 days and we ask them to stay in the study for 28 days so we can follow them a little after they've taken the drug,” said Dr. Anna Bershteyn, a co-principal investigator for NYU Langone said.

Governor Cuomo has spoken hopefully, if cautiously, about hydroxychloroquine.

"Anecdotally, you will get certain suggestions it's been effective, but we don't have any official data yet,” Cuomo said.

In the meantime, local hospitals are providing the drug to the most critically ill patients, apart from clinical trials.

The state Health Department says it has distributed enough hydroxychloroquine to hospitals across the state to treat 4,000 patients so far. The drug is given with an antibiotic, zithromax or azithromycin.

"The focus of using hydroxychloroquine has been to try and have individuals suffering respiratory distress from having to keep them go on ventilators, but it is still too early to know what the efficacy of what hydroxychloroquine may be,” New York City Health Commissioner Dr. Oxiris Barbot said.

Another drug intriguing to researchers is Remdesivir, an experimental medication designed to interfere with the process the virus uses to make copies of itself.

Dr. Barry Zingman is leading a trial at Montefiore Hospital with the Albert Einstein College of Medicine.

“Remdesivir is specifically an anti-viral medicine that has very good activity in the lab against COVID-19,” said Dr. Barry Zingman, the clinical director of infectious diseases at Montefiore Medical Center.

The study is in its third week. Zingman says it will be six to eight weeks until there is a determination if the treatments are effective.

One thing most of these clinical trials have in common is that they are being fast-tracked, as the city and the world wait for a weapon against a dangerous health threat.