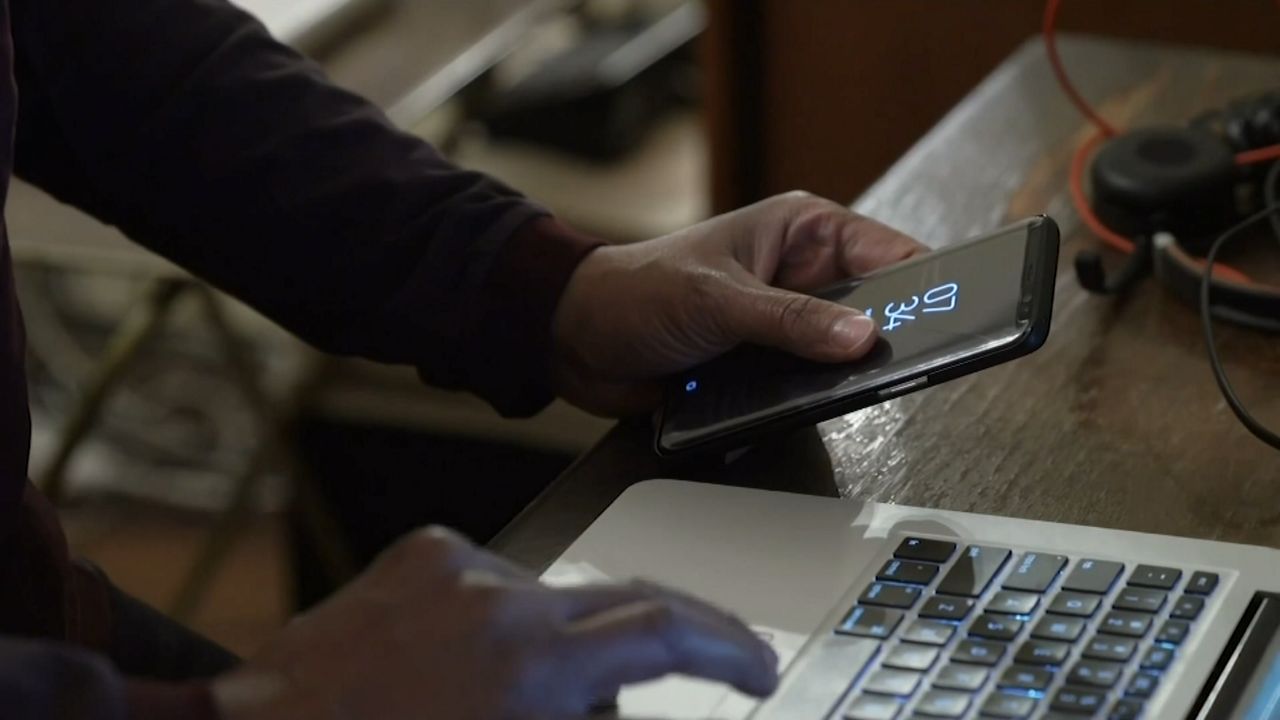 He told us the stress he’s felt over the last two weeks has been made even worse by the fact he can’t file for unemployment.

“It took four days to get the state department of labor website to load,” said Bright. “It’s badly designed. Its forms lack back and save buttons.”

Bright said he has been able to complete only the first part of the application process, but that every time he calls the state to finish the second part he gets a message informing him his “call can’t be completed as dialed.

He estimates he has tried hundreds of times.

His situation is similar to that of Upper West Side resident Maureen Taylor, who was laid off from her catering job early last month.

She said she spends nearly every day trying to finish her application.

“It’s like winning the lottery,” said Taylor. “The fact that I’ve been doing this for over three weeks and somebody could have gotten laid off today and might actually get on ahead of me is also part of the deal.

The state labor department announced Thursday it has seen an unprecedented number of calls and website visits.

Last week, more than 369,000 unemployment insurance claims were filed with the state - an increase of more 2,600 percent over the same time last year.

Governor Cuomo has apologized for the delays, acknowledging they are compounding the stress of the unemployed.

He said the state is working to end the problems -- hiring more staff, and adding more computer servers.

Experts told us one reason the state wasn’t ready for the surge is that unemployment aid from the federal government had been flat for the last decade due to the low unemployment rate.

“Every state is moving from a position of historically low funding to unprecedented claims,” said Michele Evermore, a senior analyst at the National Employment Law Project. “So naturally everybody is having a little bit of trouble responding as immediately as they’d like."

The state is promising applicants who are experiencing delays that they will get benefits retroactive to the day they lost their jobs.