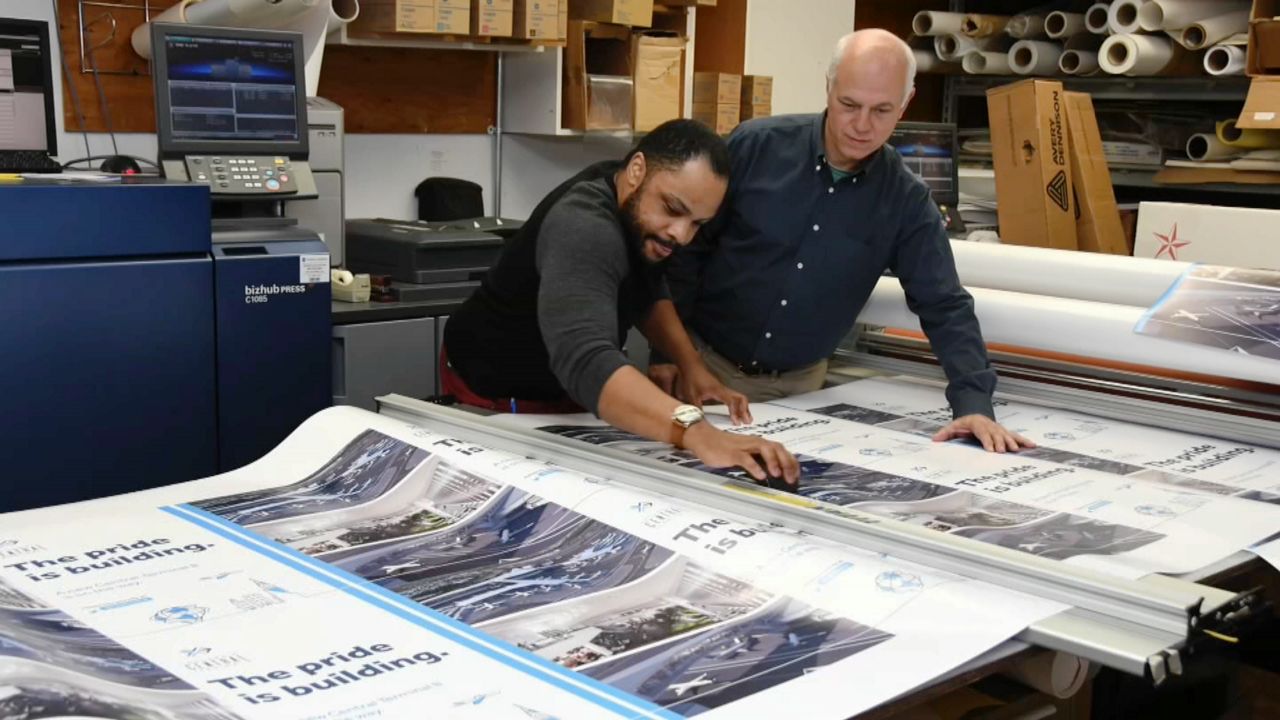 NEW YORK - Small businesses around the city have laid off staff and face an uncertain future after closing indefinitely because of the coronavirus crisis.

Most of them lack the money and credit lines that keep large businesses going in tough times.

The $2 trillion stimulus bill being drafted in Congress promises help, but it is unclear exactly what the assistance will be and how soon it can be provided.

Arcana Metals fabricates furniture and high end interior designs for buildings. Now the owner says because of he Coronavirus he and his four employees make nothing.

“Every week we were pulling in 15 to 20k and that what was needed to sort of keep the doors open,” said Arcana owner Dustin John.

The Ridgewood, Queens business is considered non-essential so it had to shut down under Governor's Andrew Cuomo's PAUSE order to limit transmission of the virus. John said he had to stop paying his four part time employees.

“I worry about them for sure," he said.

“To tell my staff that we couldn’t pay them, I couldn’t get the words out of my mouth,” Geri Sciortino of The Bronx Design Group told her staff of seven full time employees they should file for unemployment. Her Pelham Bay company has been printing everything from pamphlets to posters for nearly 30 years.

“This business is my baby. When you’re a small business owner you put 100 percent of everything you have into it,” Sciortino said.

“If you tried to interview me last week, I wouldn’t have been able to speak without crying,” she said.

“In Geri’s case, in Bronx Design, is what we have been looking at more than I care to, those are the type of phone calls we’re getting,” explained Bronx Chamber of Commerce President Lisa Sorin.

Sorin says some shops have already closing for good.  She estimates that in a best case scenario 10 percent of business in the Bronx won’t recover from the coronavirus pause, even with government assistance.

“It’s frustration,” said Sorin, “It’s a begging of the government on all levels, local, state and federal to assist us per borough, per county.”

So far, all that’s available are low interest loans from the Small Business Administration.

The owner of Arcana Metal says he already has debt. Many business are waiting for some kind of a bailout from the federal government.

“They’re talking about bailouts, but I’m not seeing anything," said Sciortino.

Sciortino says she would be happy with a no interest loan but, she needs some assistance for her family and those of her seven employees so they can all get back on their feet.