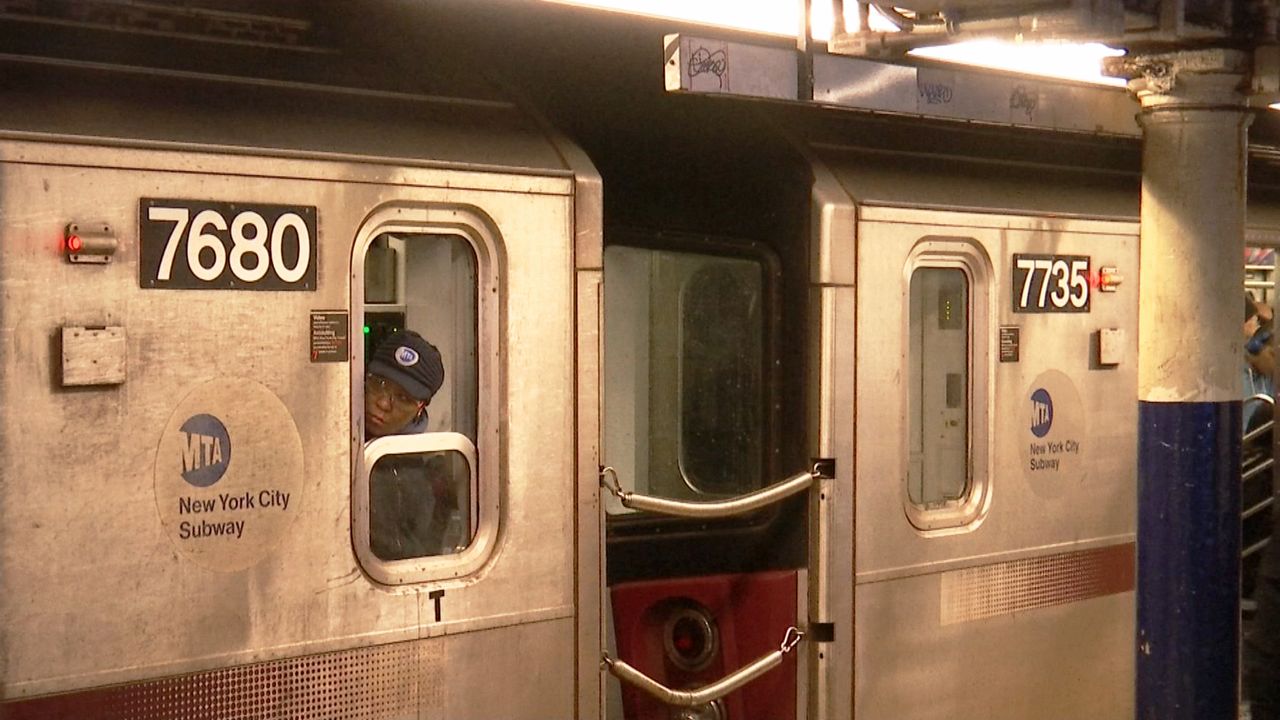 Number of MTA Workers Affected by the Coronavirus is Growing

NEW YORK - The Metropolitan Transportation Authority says it wants to maintain its subway and bus schedule. But the outbreak of coronavirus is making that goal hard to achieve.

The number of subway trips canceled because of a lack of conductors and train operators is growing. Internal MTA figures obtained by NY1 show 1,090 subway trips were canceled from last Wednesday through Sunday, a nearly nine-fold increase compared to the 126 trips, canceled from March 4th through 10th.

The MTA canceled another 81 trips, suspending service on the C line Monday morning, after a worker reported a positive test.

There are at least 23 employees with confirmed cases of COVID-19, and even a suspected case can force workers to go home.

Not included in the count of employees with coronavirus are workers like assistant train dispatcher Moises Maloof, who has been using sick days ever since he started running a fever.

“I need to get tested just to make sure that I don’t have the virus, that I’m not gonna take it to my house, which it might be too late for that, or keep spreading the virus at work," Maloof told NY1.

Maloof says he spent six hours standing in line at Elmhurst Hospital with a 102 degree fever to get the test on Saturday.

Maloof believes MTA workers should be a priority for testing.

“We’re the front line also of this situation," Maloof said. "Working, taking people to point A to B, especially first responders. And we don’t get the same treatment.”

The MTA downplayed the spike in cancellations, saying subway runs are canceled all the time. But a source said the increase was unusual and was likely the result of the virus.

To slow the spread of the virus, most bus riders must enter and exit from rear doors.

Station booth agents are no longer taking cash from riders buying MetroCards, unless it’s to buy a reduced-fare trip.

Union leaders have called for transit workers to get masks and gloves, which are in short supply.

"If we're being asked to move these essential personnel and the public back and forth to stores and shopping and what not, then we have to be protected and we're not," Carrube, the MTA supervisors union chief, said.

The leader of the Transport Workers Union also wants transit workers to get more protective gear, but recognizes there's a shortage.

"If there is availability we want our people to have masks, but we understand the problem with the masks,"said TWU President Tony Utano.

One train operator, who had been in quarantine, told NY1 he’s taking virus protection into his own hands by cleaning his train cab with disinfecting wipes.

He wants more masks, gloves and hand sanitizer from the MTA.

"We're the ones moving the city," the train operator said. "If you want us to continue to move the city, [put us] in a position to be safe to do so."

The MTA chief, Pat Foye, said masks will be handed out to workers once they become  available.