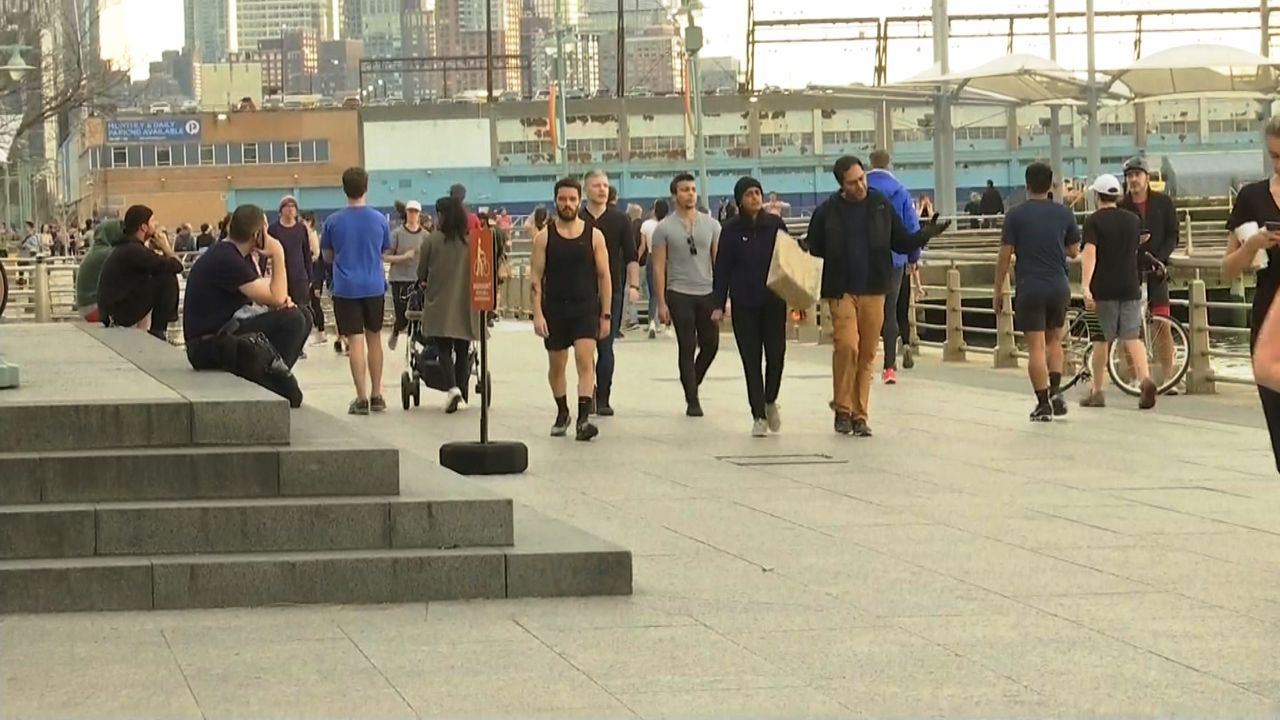 NEW YORK - Police officers will now be stepping in to break up groups of people playing around in city parks, and they will be handing out fines.

On top of that, Governor Andrew Cuomo says the city has until later on Monday to come up with a better plan to address social distancing.

There are more than 8,000 confirmed cases of the virus here in the city.

The statewide total has climbed to well over 12,000 cases.

The order from Governor Cuomo took effect Sunday night to slow the spread of the virus.

Some of the exempted industries include health care operations, grocery stores and gas stations, laundromats, and banks.

Some people deemed essential workers are: first responders, members of the news media, and construction and skilled trade workers.

Transit and social services, such as food banks and homeless shelters will remain open.

Governor Cuomo says this mandate will be legally enforced and urges everyone to stay indoors as much as possible.

Over the weekend, many New Yorkers ignored the recommendation that they should keep at least six feet of space between each other. "A husband and wife holding hands in the park, that's not really what we're worried about. They're together in the apartment anyway. It's the large groups," said NYPD Commissioner Dermot Shea.

De Blasio said the city has no plans to close parks and playgrounds.

He did mention playgrounds were not being cleaned or sanitized, and says its up to parents to judge if playgrounds are too crowded.

The announcement from the mayor came hours after Governor Andrew Cuomo called the large crowds in city parks this weekend unacceptable.

"It’s a mistake. It’s insensitive. It’s arrogant. It’s self destructive. It’s disrespectful to other people. It has to stop and it has to stop now. This is not a joke and I am not kidding," Cuomo said.

Shea says officers will announce warnings on loudspeakers in the parks if they see large groups gatherings.

The NYPD is also surveying supermarkets, bars and restaurants.

Meantime, nearly 100 members of the NYPD have tested positive for COVID-19.

Of the 98 positive results, 70 of them are among uniformed officers while 28 are civilian members of the department.

Three of the 98 are currently hospitalized.

Police Commissioner Shea says not all of those that tested positive got the virus while on the job.