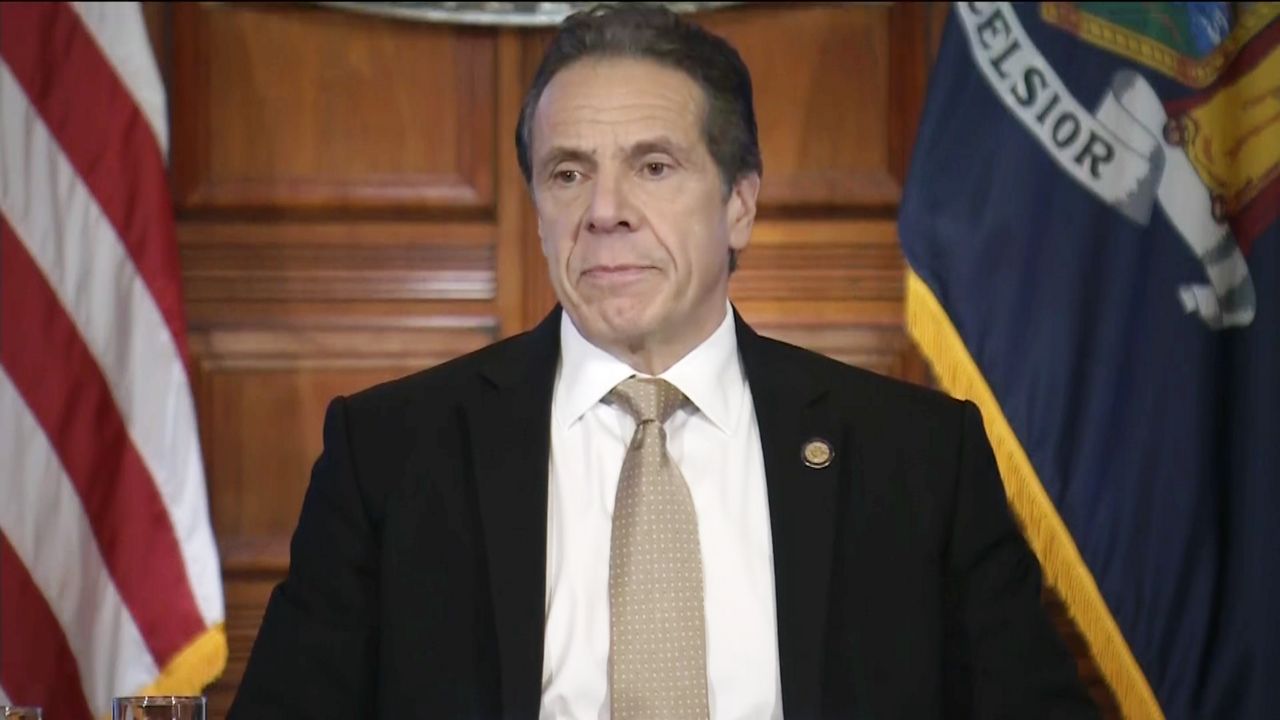 New York City officials have 24 hours to reduce density in places like parks, Gov. Andrew Cuomo said Sunday, as confirmed cases of the new coronavirus jump to more than 15,000 in the state.

70 percent of those who have died were 70 or older with the majority having underlying health conditions.

1,974 are hospitalized which is about 13 percent of all the positive cases.

Cuomo said there are only 53,000 hospital beds available but that the state will need about 110,000 beds.

He also reiterated that 40 to 80 percent of the population will get infected and that it could take months for this to resolve.

On his visit around the city yesterday, Cuomo said the density level was "wholly inappropriate," and reminded young people between 18 to 49 years-old who make up 53 percent of coronavirus cases that they can still get the virus and pass it on.

He emphasized the urgent need to come up with a plan to deal with the density issue within 24 hours and called on Mayor de Blasio and Council Speaker Corey Johnson to address it.

Cuomo is asking the federal government to take over procedures for procurement of medical supplies, saying that New York State is competing with other states to acquire them.

He highlighted price gouging as a tremendous problem, saying that 85 cent masks are now being marketed to consumers for $7 apiece.

Cuomo reiterated the need for the federal government to voluntarily partner with companies and said if he had the power, he would order companies to manufacture medical supplies. Cuomo said if the federal government does it, they can do it in a very orderly way that would be less expensive and avoid price gouging. He also suggested they should utilize the Defense Production Act.

Regarding the issues on eviction and foreclosure, Cuomo said the federal government should immediately provide money to people in need and not mirror the 2008 bailouts that benefitted corporations.

Cuomo toured prospective sites yesterday that with FEMA’s assistance could be turned into temporary hospital facilities. One of those sites was the Javits Center, where he said could hold four federal hospitals with 250 beds each. “Time matters, minutes count and this is literally a matter of life and death. We get this facility up, we save lives,” he added.

Cuomo said an FDA trial that was announced yesterday will be implemented on Tuesday.

The governor said cancelling all elective surgeries as of Wednesday statewide would give New York state 25 to 30 percent more beds. He said hospitals must give the state a plan to increase hospital capacity by at least 50 percent, and reiterated the desperate need for ventilators.