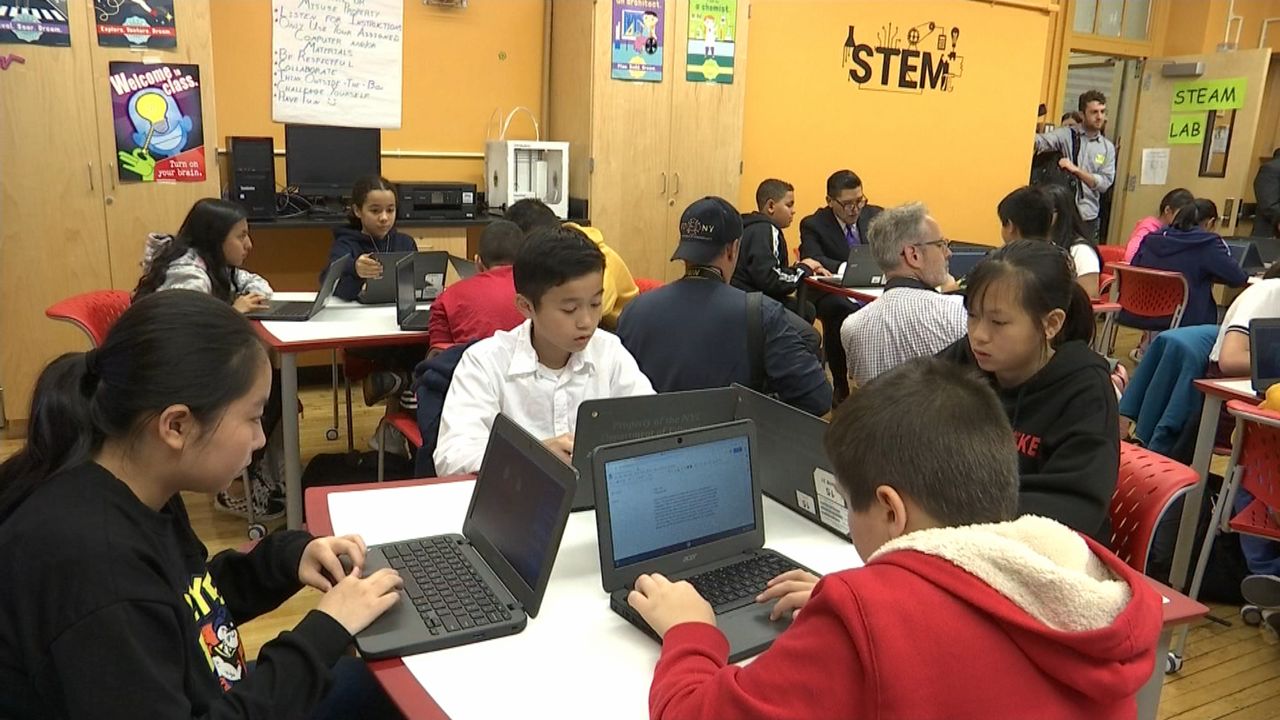 With Remote Learning Starting Monday, Many NYC Students Won't Be Able to Log On

Starting Monday, students will be learning online, but city officials acknowledge that a large number of the city’s 1.1 million public school children will not be able to log on.

In an interview with NY1, Schools Chancellor Richard Carranza estimates that about 300,000 students will need to be provided Wi-Fi enabled laptops and tablets for as long as schools are closed because of the coronavirus pandemic. The Education Department will not come close to providing all those devices by Monday.

“We know that there are 25,000 devices that will be ready for distribution early this coming week, there’s more coming, and we’re just really pushing on getting them as fast as possible," he said.

Some of those 300,000 students in need have been able this week to take home laptops or tablets normally kept at their schools. The DOE is working to get an accounting of how many students have done so.

“Schools have been assigning those devices to students to take home with them, so that’s part of the surveying that we’ve done, how many of those devices have gotten into hands of students," Carranza said.

In the meantime, some students will have to learn in a more old-fashioned way.

“There are paper-pencil packets, and we have enough for more than two weeks’ worth," Carranza said. "And there will be distribution sites where parents can pick those up or students can pick these up, and coincidentally they can also pick up their breakfast and lunch at those sites next week. So we want to try to make it a one stop shop for folks to come and get what they need, but our goal is that within a very short time period within a matter of weeks, we will have within the hands of every student a device they can use.”

Despite the massive disruption to the school system, Carranza says there may be an eventual silver lining: eliminating the digital divide between students of different income levels and backgrounds around the city.

“This is something that has plagued every school system that I’ve ever worked in, where you have some kids who have technology, some kids who don’t. When we get through this time period, Jill, we’re gonna have devices in the hands of every one of our students. How incredibly transformative is that?” said Carranza.