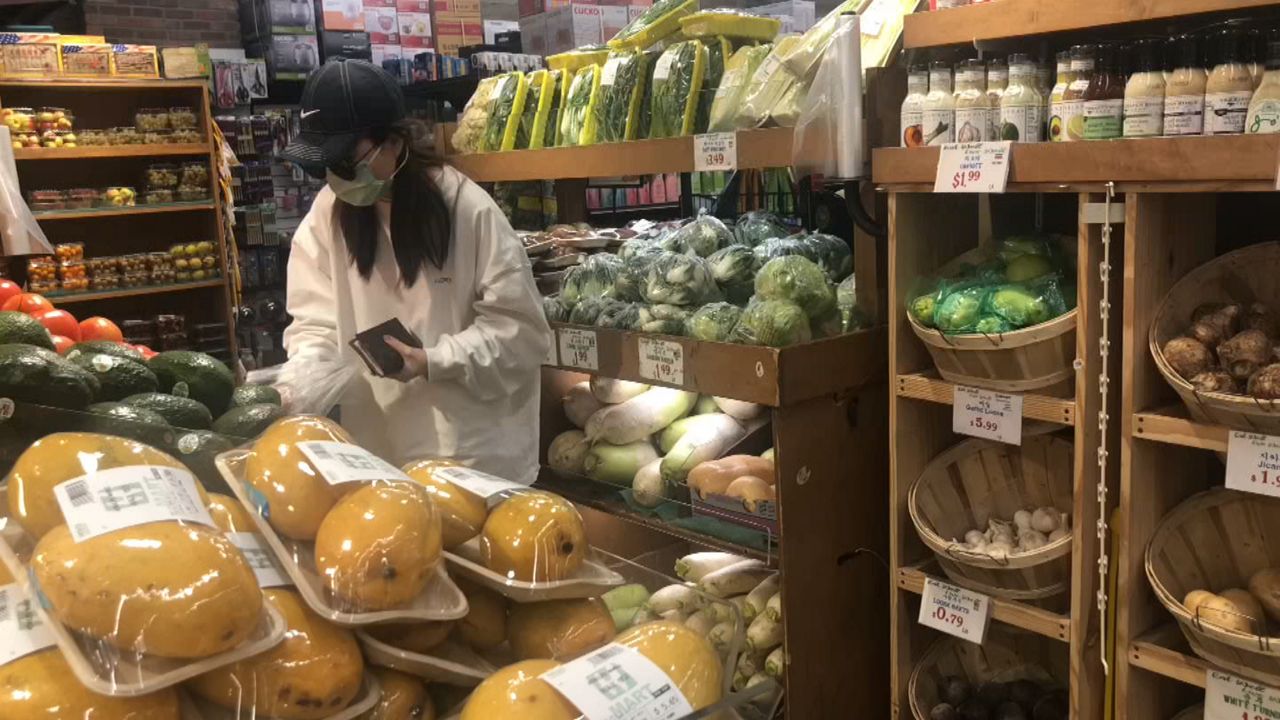 The Asian grocery stores NY1 visited around the city had few shortages, except for maybe on customers.

Other grocery stores have seen rushes of people clearing out the shelves during this coronavirus crisis, but the city’s Asian businesses appear fully stocked.

“For us, the supply chain is going to be fine because we are already preparing for this event. Because we saw what happened in Asia and we kind of went through this with Hurricane Sandy,” said Kingston Shih, H Mart employee.

H Mart’s midtown location was flush with fresh food as well non-perishables. Its workers were busy filling shelves and several waited to check out customers, who only trickled in on a weekday morning.

The Korean store’s location in Woodside was busier in the afternoon but the line was short. The store even had stacks of disposable gloves for sale.

On social media, customers around the country are noticing the same at their local Asian stores. Some blamed xenophobia for keeping customers away.

“All of the messaging about vilifying Asian-Americans and this anti-Chinese sentiment from the president really is going to hurt our — it’s hurting our community, but it’s also hurting the grocery stores. They’re small businesses. They’re small-business owners. They’re ready to serve the community,” said Jo-Ann Yoo, Asian American Federation executive director.

This Food Emporium in Astoria has, for days, been low on canned goods, breads and paper products. The Japanese-owned Family Market across the street is full of products but nearly empty of customers.

Yoo noted that a quarter of Asian New Yorkers live in poverty and can’t stock up on goods, even if they wanted to. Shih wanted to remind patrons that they don’t need to buy in bulk.

“We don’t want anybody to worry. We think this will be an issue that we’re going to have to live with. But it’ll be fine,” said Kingston Shih, H Mart.

To be sure, hand sanitizer is still a rare commodity, wherever you’re shopping.

Doctors and epidemiologists have warned of the dangers of panic-buying, that is going out and exposing yourself to crowds unnecessarily when you’re already stocked up on the essentials at home. That said, they do recommend you have two weeks’ worth of food.