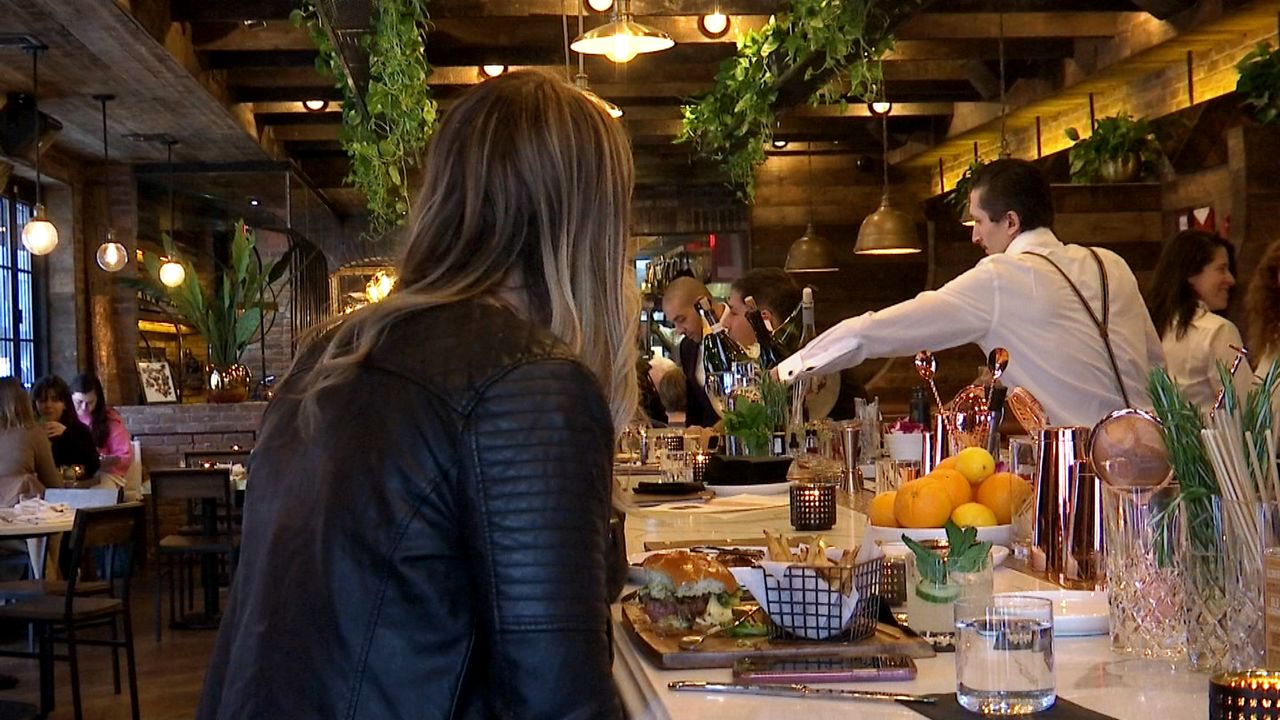 City Bars and Restaurants Prepare for Half Capacity Mandate

NEW YORK - Trailer Park Lounge has been a staple on West 23rd Street in Chelsea for nearly two decades. But owner Andy Spiro is worried about business after officials announced establishments like his will have to operate at 50 percent of their legal capacity to help contain the spread of coronavirus.

That means Spiro can only allow about 52 people into his restaurant, as opposed to 105.

Spiro says he has already noticed a 15 percent dip in sales in the last few weeks.

Mayor Bill de Blasio spoke about the measure at a news conference Thursday. The mandate applies to non-essential gatherings of fewer than 500 people such as restaurants and bars.

Seamore's on Eighth Avenue in Chelsea will continue to stay open even at 50 percent capacity. Matthew Feldman, the restaurant's manager, does have concerns about how the limit could affect employees.

"Fewer people in the restaurant, we need fewer team members, and we don't make as much in tips," Feldman said.

It's all a harsh reality for many who work in the restaurant industry. Still, many business owners - including at newly opening LouLou's in Chelsea, say they're remaining optimistic.

"Not the best time to open a restaurant, we didn't expect that to happen but so far it's good," said LouLou Owner Mathias Van Leyden.

"We all could go into our apartments and not go out but at the same time that's really not what New York is about," said Krissy Harris, co-owner of Jungle Bird on Eighth Avenue.

Officials did not go into specific details about enforcement, but say if any businesses cannot follow the mandate they will have to temporarily close.