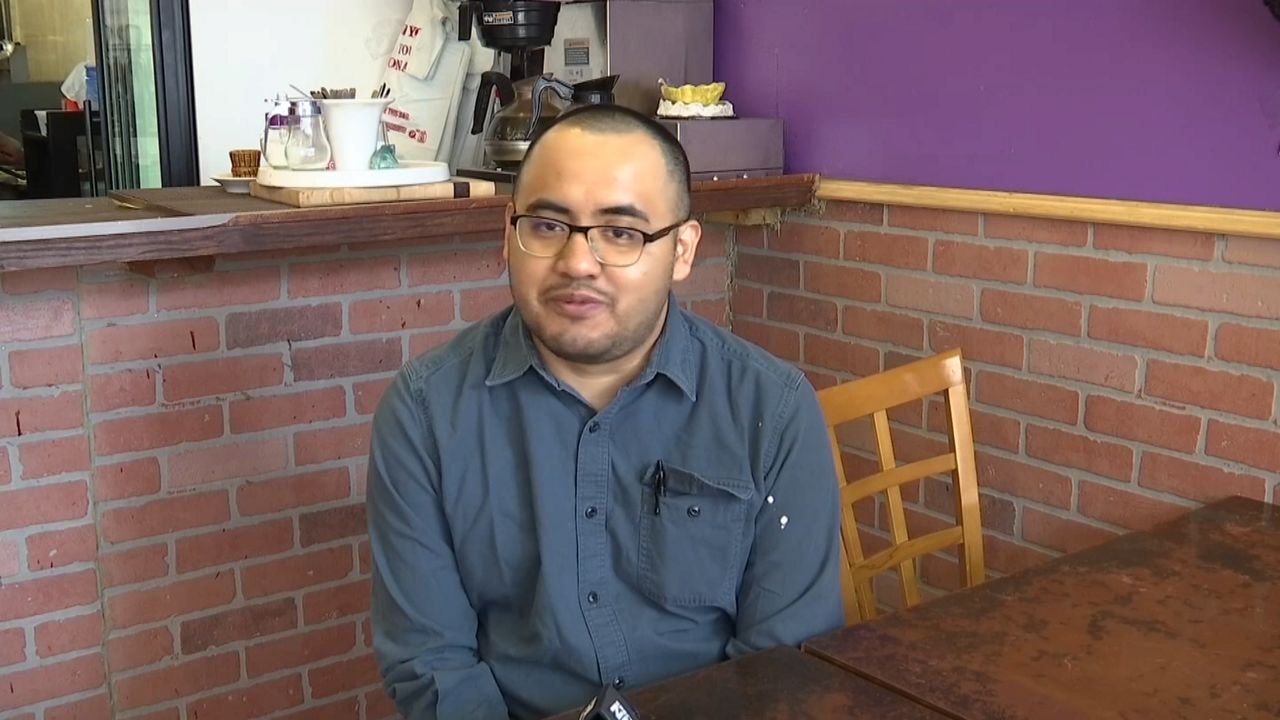 It’s been serving up recipes from the Oaxaca region of southwest Mexico for 11 years. When he’s not at the restaurant, Saavedra usually is fighting for the right to stay in the U.S.

Saavedra was three years old when he crossed the border illegally with his father and sister in 1993 to reunite with his mother, who was already in New York. He's 30 now, and still has no clear path to permanent residency or citizenship.

“We live in constant fear,” Saavedra told NY1. ”That’s why I started to do activism 10 years ago, because we were living under so much fear and depression, I didn’t know what to do. The only thing we could do is start organizing.”

In 2012, Saavedra decided to ramp up his activism with a kind of reverse prison break.

Saavedra and a fellow activist got themselves arrested by Border Patrol so they could get inside an Immigration and Customs Enforcement detention center north of Miami to stop wrongful deportations.

“I was able to infiltrate because I basically lied, saying that I was looking for my cousin that was stopped by border patrol. I dressed myself up as a day laborer,” said Saavedra.

Their work is the subject of the docu-thriller The Infiltrators, which uses actual footage of their work outside the detention center with staged reenactments of what they say went on inside.

“So, we interviewed hundreds of family members and thankfully we were able to release a few of them,” Saavedra said. “And so this documentary showcases both what we did inside and outside to do that.”

The Infiltrators won two awards at the Sundance Film Festival and is now running in select theaters in Los Angeles, Miami and New York. But his story doesn’t end there. Months after infiltrating the ICE Center, Saavedra made the tough choice to self-deport to Mexico, and then re-enter seeking asylum, claiming he was fleeing violence in his hometown.

Saavedra is waiting for a hearing in his case, which could come at any moment. The Infiltrators will be shown at the Village East Cinema during the last weekend of March.