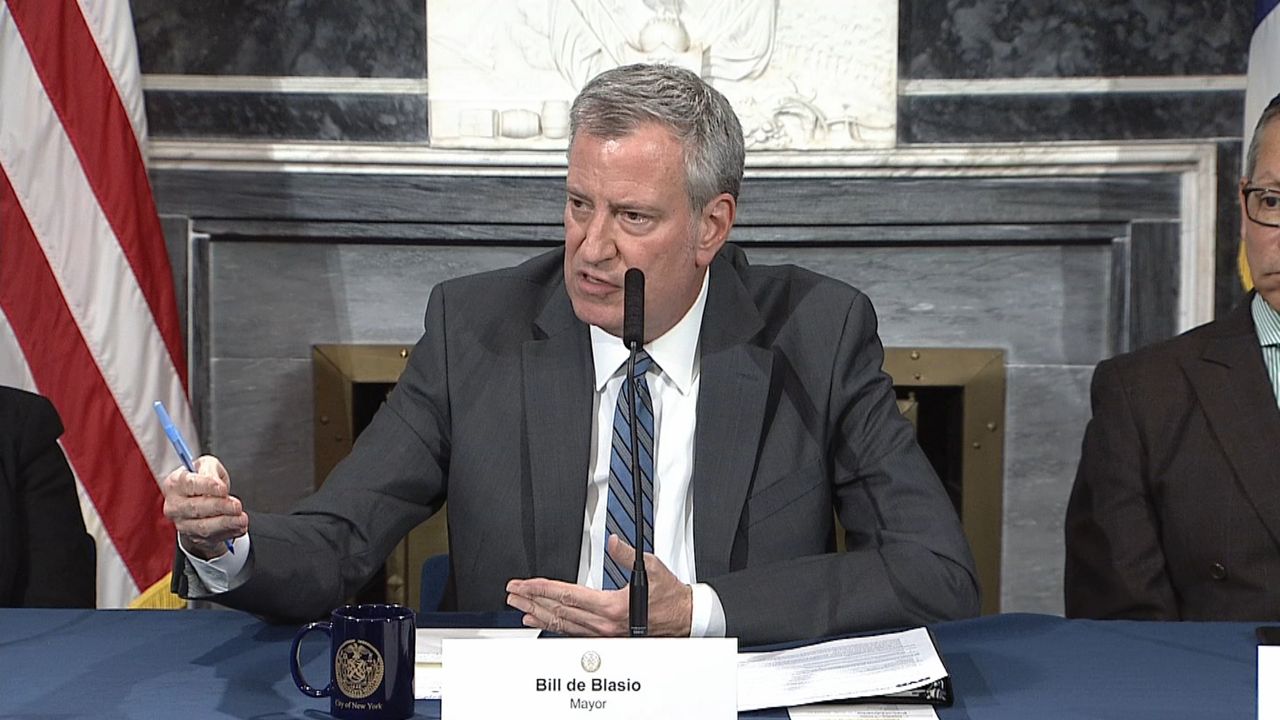 A city school teacher showing symptoms of the new coronavirus has isolated herself after being around students.

Although the teacher is no longer in contact with students, she was with them after visiting Venice, an area of Italy hit hard by the virus. She returned to school after her trip and then fell ill. Officials would not name her school.

Officials said she had not yet been tested, but likely will be on Thursday.

The city also announced it is developing guidelines for staff who have taken trips to areas with outbreaks of the virus.

"This is an area that we have to clarify," de Blasio said.

That guidance was being worked out with unions representing school staff.

Officials said no public school students, including those in the isolated teacher's class, have shown symptoms of the illness. But the city is taking precautions.

“CDC approved cleaning supplies have been provided in all 1,800 schools. Deep cleaning will be required two times a week," de Blasio said.

But so far, there are no plans to close schools.

It wouldn't be unprecedented. The city shut nine schools in 2009 during an outbreak of the H1N1 flu strain, which killed a Queens assistant principal.

"We have right now the basic capacity if we had to close a school to provide remote learning,” said de Blasio. “We have more work to do to get it to a level that we would like it to be."

As for students who show symptoms and have traveled or are close to someone who has, they'll be immediately isolated.

The city's largest charter school network, Success Academy, told parents that any student or teacher who has traveled to an affected country should not return to school for two weeks.