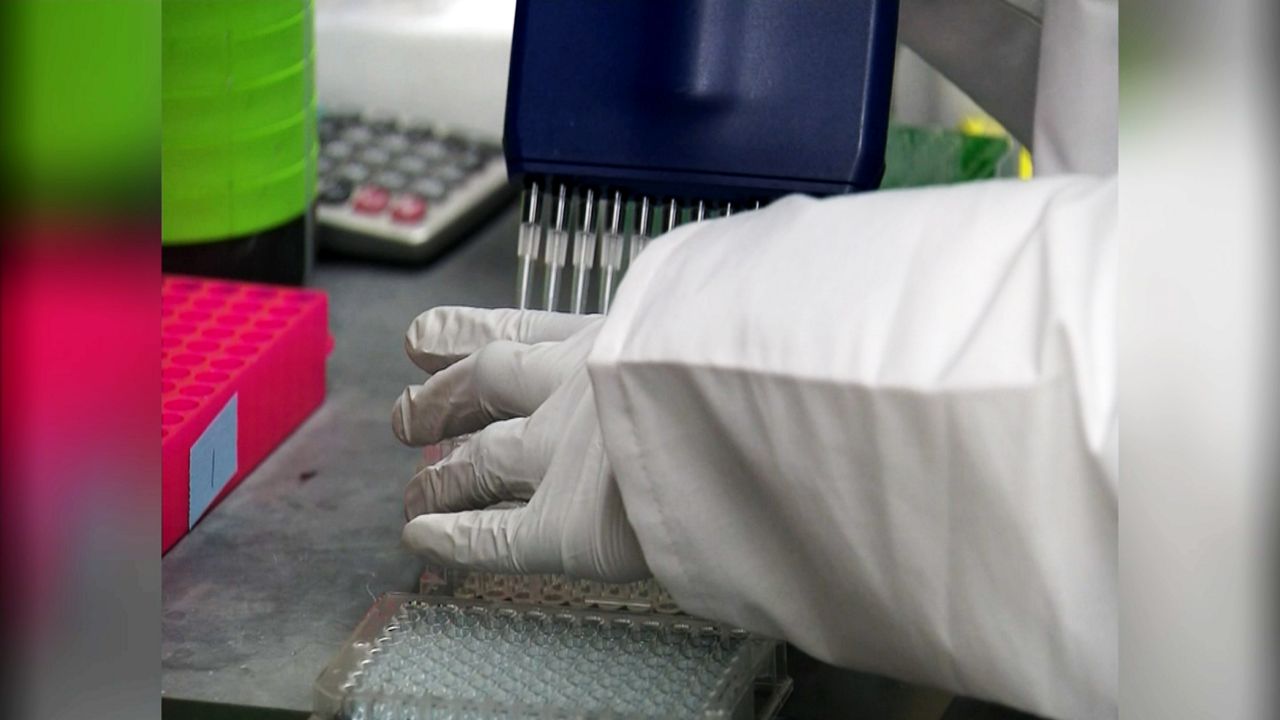 NEW YORK - Governor Andrew Cuomo and Mayor Bill de Blasio offered reassuring remarks and touted the strength of New York's health care system Monday after a Manhattan woman became the first person in the state to be diagnosed with the Coronavirus over the weekend.

Cuomo says the patient is a 39-year-old woman who is currently isolated in her Manhattan home along with her husband.

He says the woman, a health care worker, likely contracted the virus while working in Iran.

Cuomo says both came back to the city on Tuesday and did not take any public transportation.

.@NYGovCuomo says Manhattan healthcare worker who contracted #coronavirus is 39 years old. They do not believe she was contagious on flight here from Iran where she was working. Expectation is husband who traveled with her, is expected to test positive. Both are at home. pic.twitter.com/6RkxQssTkR

The governor says health officials do not believe she was contagious on the plane and took a private car to her residence upon her arrival.

Governor Cuomo says the woman's husband traveled with her and that it is assumed he will test positive for the virus.

Cuomo says health officials are reaching out to passengers who were on the flight as well as the driver of the car out of an abundance of caution.

The governor says the woman's positive test was confirmed by New York's Wadsworth Lab in Albany which was federally approved to begin testing for the illness Saturday.

Both Cuomo and Mayor de Blasio urged New Yorkers to take necessary precautions like washing hands or visiting a doctor if they're experiencing symptoms.

"We think we have the best health care system on the planet right here in New York," Cuomo said.

"But the most important thing is not to hesitate. we all know a lot of people -- and particularly New Yorkers -- tend to shrug things off. Tend to say oh I'll get to it when I get to it, or my schedule's so busy, or I've got something else I've got to do. That's not the way to think about this. If you have the symptoms, if there's any possibility it may be this disease, get to health care right away," De Blasio said.

Meanwhile, health officials in Washington state say a man in his 70s from a nursing facility near Seattle has became the second person in the U.S. to die from Coronavirus on Saturday.

On Friday a man in his 50s became the first to die.

Both had underlying health conditions and both were being treated at the same hospital.

So far, there have been approximately 3,000 deaths world wide.