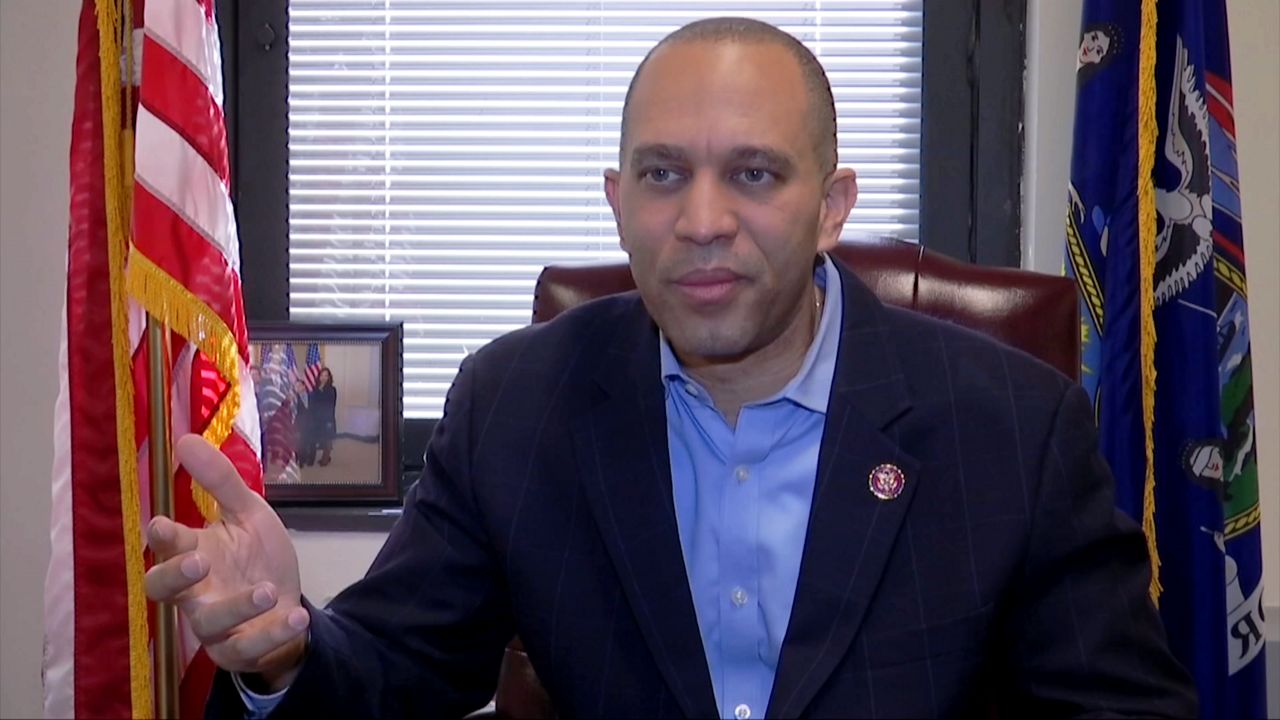 Rising Democratic Star Hakeem Jeffries Is Brooklyn Through and Through

BROOKLYN, N.Y. - "We are here, sir, to follow the facts, apply the law, be guided by the Constitution, and present the truth to the American people,” Congressman Hakeem Jeffries said moments before a bit of Brooklyn culture on the Senate floor during President Trump’s impeachment trial. “That is why we're here, Mr. Sekolow, and if you don't know, now you know."

Jeffries, a rising start in the Democratic Party, invoked the hip-hop lyrics of one of the borough's favorite sons.

"One of the most significant poets, prophets in terms of lyrics, in that regard, for me, during my upbringing, of course was the Notorious B.I.G.," Jefferies told NY1 in an sit-down interview.

Although the Republican-controlled Senate acquitted the president, Jeffries' work as one of the House impeachment managers was a breakout moment. It's been a rapid rise for the four-term congressman, whose district covers parts of Queens and Brooklyn, including the Clinton Hill block where Biggie Smalls grew up.

Jeffries entered Congress in 2013, and became Chairman of the Democratic Caucus last year, the Number 5 spot in leadership.

"What has prepared me for that, I believe, was my experience in public school at Midwood High School, one of the most diverse high schools to this day, but certainly back then, in America," Jeffries said.

Jeffries is Brooklyn through-and-through. Born in Brooklyn Hospital, raised in Crown Heights and a lifelong member of Cornerstone Baptist Church in Bedford-Stuyvesant, it was at Midwood High where he found a passion for law and government. At SUNY Binghamton, he served as chapter president of Kappa Alpha Psi and president of the Black Student Union.

After a master's in public policy at Georgetown University, Jeffries got his law degree at NYU. He first won office in 2006, capturing a State Assembly seat. But nothing in his resume compares to the role he played during the impeachment.

At his district office in Fort Greene, a coaster of Notorious B.I.G. sits on his desk. It's one of many Brooklyn images decorating the space and providing inspiration, like photos of Jackie Robinson and Shirley Chisholm.

It is widely believed in Congress that Jeffries wants to rise in leadership, perhaps be House Speaker one day. That would make him a trailblazer, too.