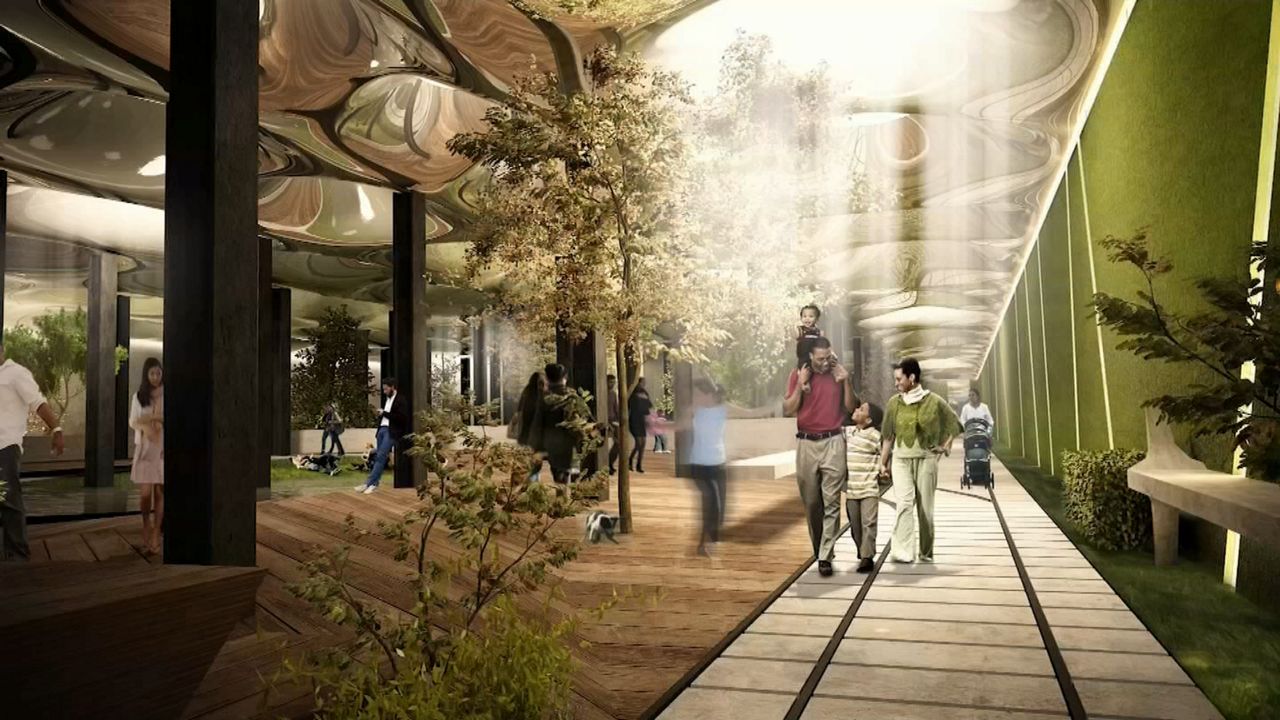 Low on Cash, the Lowline Park is on Hold

It's been billed as the underground High Line: a park, not above the street but below ground, in an abandoned trolley terminal on the Lower East Side.

But after more than a decade of planning, one of the founders of the proposed Lowline says the project is now on hold because there isn't enough money to build it.

The idea for creating a one-acre park in this subterranean space, next to the subway station at Delancy and Essex streets, was born in 2009.

It seemed wacky at first, an underground park that would use technology to allow sunlight to nurture trees and plants growing beneath the city.

But nearly four years ago, the de Blasio administration embraced the project, estimated to cost tens of millions of dollars, as a way to bring much-needed public space downtown.

The deal between the city and the Lowline required the founders to engage in community outreach, complete design documents and raise $10 million in twelve months.

But the founders admit they were unable to reach that fundraising target, which in turn made it impossible to commission the drawings.

"What we've decided to do is to suspend the capital campaign until we know that we have the support of city government behind us, which ultimately is really going to be what is necessary to unlock the private philanthropy and other forms of private support," said Barasch.

The founders of the Lowline say that realistically they won't be able to start the project up again until at least 2022, that's when a new administration will be in City Hall.

The de blasio administration issued a statement saying it has been supportive of the project and that it will continue to work with the Lowline team as they seek private funds, but that "no City funds have been promised or committed to date."

The founders say they're exploring the idea of taking the project to another city while they figure out how to get it done here.