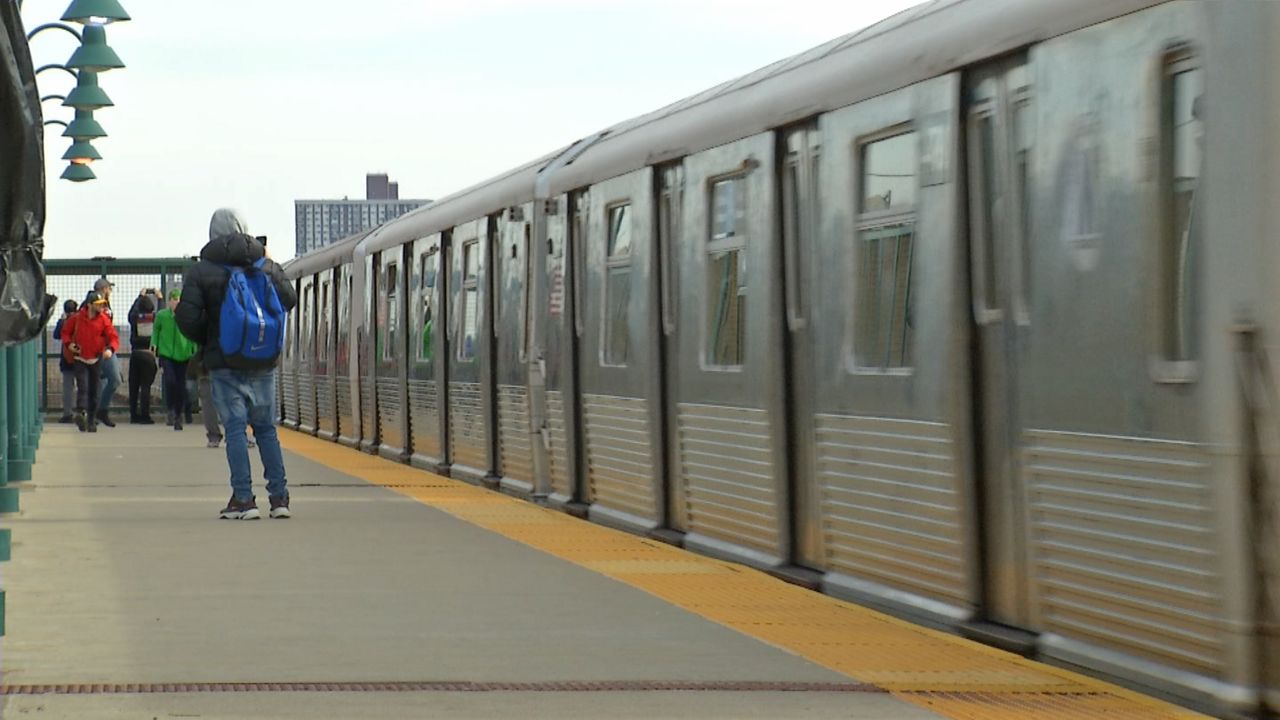 Subway delays last month were the lowest in seven years, yet the man credited with the turnaround, outgoing transit chief Andy Byford, was notably absent as the MTA held a press conference touting its new numbers.

Instead, the MTA wheeled out Mario Péloquin, recently installed in the new position of Chief Operating Officer, a position that sources say Byford was discouraged from seeking, a factor in his decision to resign effective Friday.

"We're getting the pieces in place to ensure that these improvements don't slow down in the future,” said Péloquin at the press conference. “It's clear that New Yorkers have noticed the progress we're making."

Péloquin was hired from one of the MTA's signals contractor, Thales. He's one of several executives joining the MTA as part of a reorganization that left a frustrated Byford with a reduced role.

Although Byford was absent Tuesday — the MTA said he was out of the country — he is leaving on a high note.

More than 83 percent of subway trains ran on time in January. There were only 29 major service disruptions, the lowest since 2015. And total weekday delays dropped to about 30,000 in January, a 28 percent improvement over the same month last year.

"Our operating statistics show our system is getting more reliable. Our customers are getting to where they need to go faster and with fewer delays," said Vice President of Subways for NYC Transit Sally Librera.

Riders say they're noticing the difference.

"They're on time and they're pretty good," said commuter Winston Eastmond.

With Byford's resignation, Péloquin is expected to become a public face of the transit bureaucracy, a role that had made Byford a popular figure among subway riders, irking his boss, Governor Cuomo.

The departing transit chief is expected to be back in New York at MTA headquarters on his final day, this Friday.

It retrospect, his swan song came last week when he made a surprise appearance at a ceremony marking a different kind of farewell - the retirement of 50 subway cars that had been running since 1969.