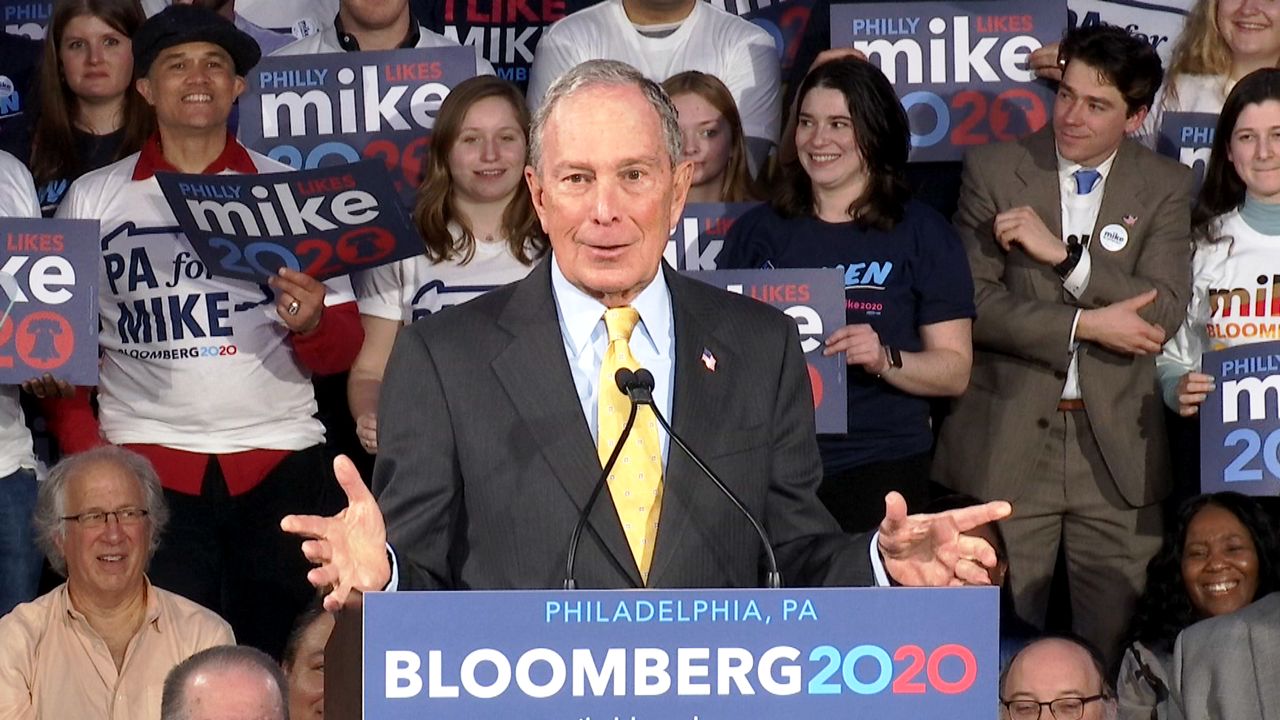 Bloomberg Qualifies for Presidential Debate - Here's What to Expect

He did it by receiving 19 percent in a new NPR/PBS NewsHour/Marist national poll of Democrats - easily exceeding the 10 percent threshold required by the Democratic National Committee to take part in the debate. Bloomberg was second behind Vermont Sen. Bernie Sanders, who received 31 percent, up nine points since the last NPR/PBS/Marist survey in December.

Bloomberg is now expected to appear on the debate stage Wednesday night in Nevada, even though he is not on that state's ballot for the caucuses on Saturday.

The former mayor says he is looking forward to debating, but it's been more than 10 years since Bloomberg has faced off against a rival candidate.

He last debated in 2009 against then-City Comptroller Bill Thompson in the mayor's race. Bloomberg was running for a third term, having already spent eight years as mayor.

"It's time for him to go," Thompson said.

During his campaigns for City Hall, the mayor debated at least eight times. His campaigns never appeared to want to add more.

On occasion, Bloomberg was criticized for not showing up, like during a NY1 debate at the Apollo Theater in Harlem 2005.

"I can't imagine anyone would turn down the opportunity to headline at the Apollo," the Democratic nominee, Fernando Ferrer, said then.

Perhaps it's a place Bloomberg wants to avoid. At times, he has been accused of appearing out of touch.

"Pay-to-play is where you get money in return for doing a favor. I am giving money. I am proud of the support I have given each year," he said in the 2009 debate.

But we know the former mayor has been in debate prep and anticipating taking the stage. We asked, but Bloomberg's campaign would not reveal his debate strategy.

If history is any indication, the mayor will come equipped with data, and will probably defend his record of political spending, like in this 2005 debate exchange against Ferrer.

"I got to go and fight for this city, Freddy. I can't have everybody in Washington vote for everything that I'd like. I wish they would, but they don't."

"You don't have to support them, Mike. And you know what? You can do the city a big favor sometimes by putting your checkbook away," Ferrer responded.

And perhaps come ready with his favorite zinger:

"Let's take a look at the numbers, Freddy. You have a right to your own opinions, but not your own facts," Bloomberg said again in a 2005 debate against Ferrer.