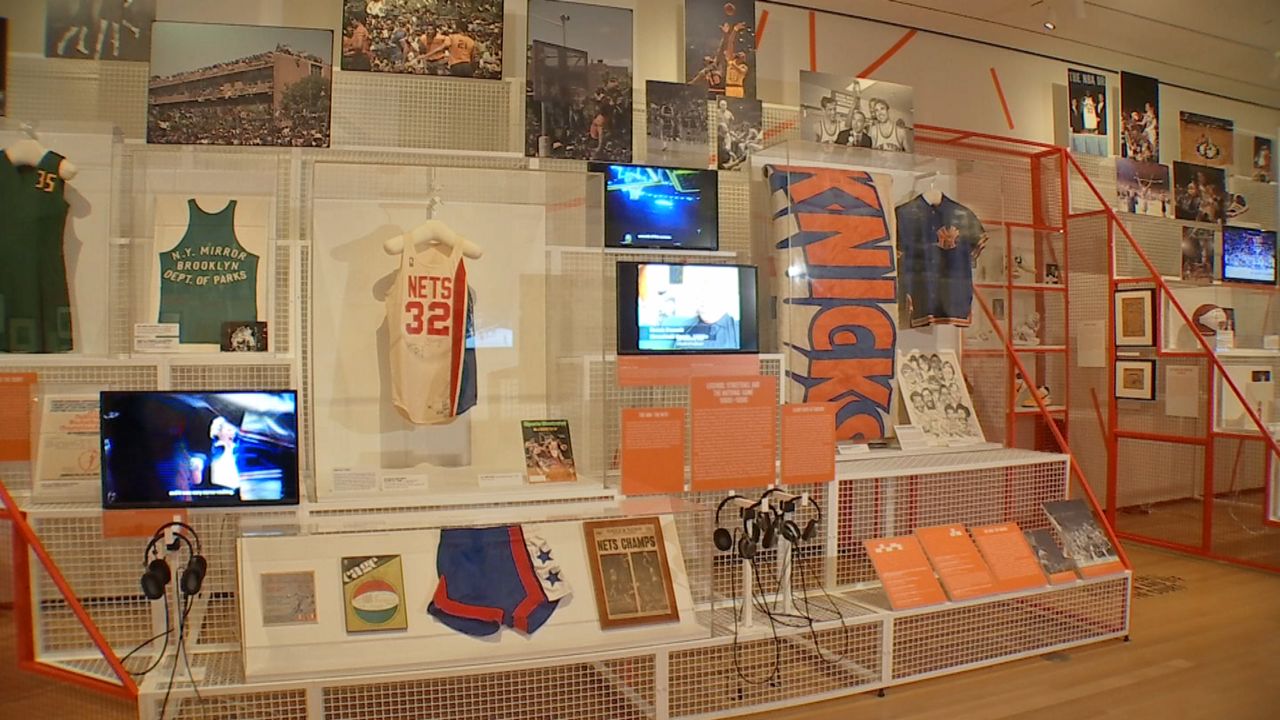 In schoolyards and playgrounds, in gyms and arenas, basketball has been a part of the fabric of New York City for more than a century.

The story of the relationship between basketball and the five boroughs is being told in a new exhibit at the Museum of the City of New York called City/Game: Basketball in New York.

"The heart of the exhibition is a chronology that gives an overview of basketball as it developed in New York City, really, as an immigrant sport in the neighborhoods and on the streets of New York City at the beginning of the 20th century," said Lilly Tuttle, the curator of the exhibition.

The city also was once the center of the college basketball world.

There are great artifacts to be found, too, like sneakers from Nancy Lieberman, the basketball hall of famer from Far Rockaway High School.

The exhibit also takes a look at the proving grounds of city hoops, high schools, and great local players like Kareem Abdul-Jabaar and Tiny Archibald — seen in a photograph guarding another local great, Dean "The Dream" Meminger, the late father of our own Dean Meminger at NY1.

There’s even a whole wall full dedicated to basketball trash talk, which is sure to delight players young and old alike.

Tuttle says you don't necessarily have to play or even know a lot about basketball to enjoy the exhibit.

"I think that if you are someone who is interested in all of the inherent aspects of the city — its density, its creativity — you will learn a lot and find a lot here that really speaks to you," he said.