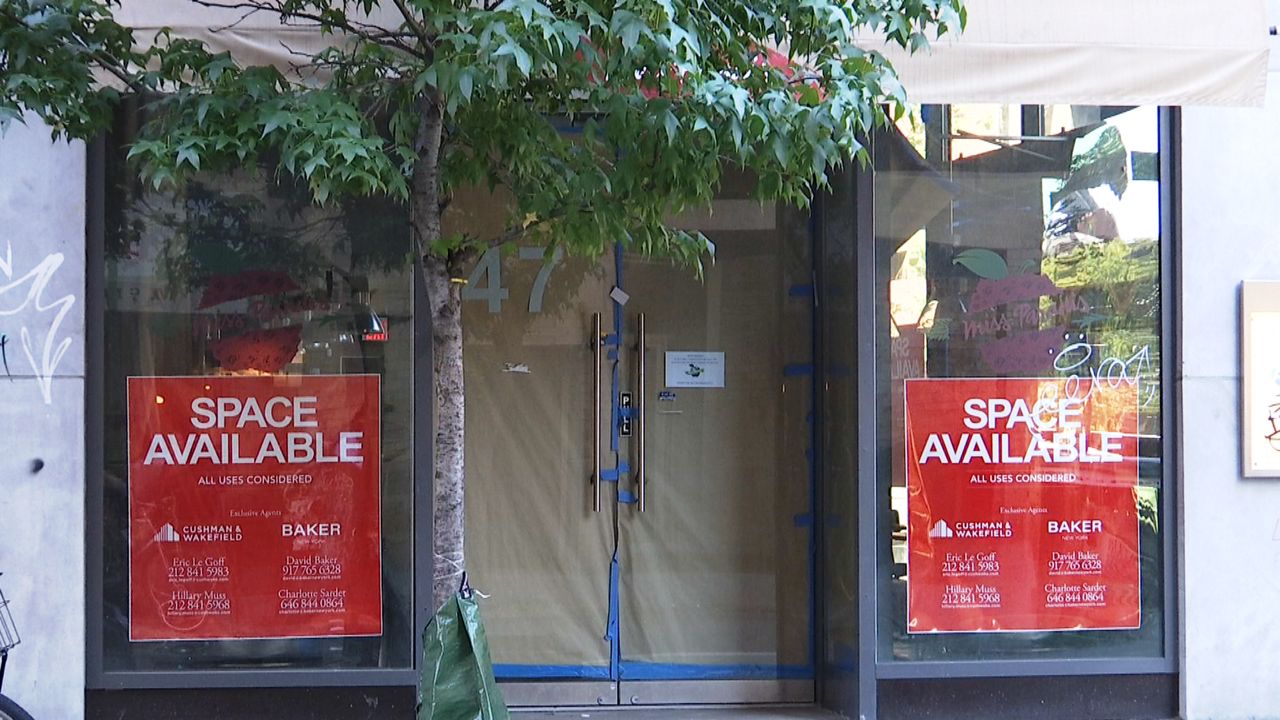 Saying there are now 12,000 empty storefronts around the five boroughs, Mayor Bill de Blasio called for a vacancy tax on property owners in his State of the City address earlier this month.

"If a landlord leaves that storefront vacant, hurts the community. Makes the comunity less whole. Deprives someone from having that storefront in our community then that landlord needs rto pay more in taxes," de Blasio said. "They need to pay if they are going to do that to us."

But because the city must rely on Albany to authorize such a tax, the mayor is hopeful his fellow Democrats will come through.

Manhattan state Senator Brad Hoylman has a bill that would tax property owners who leave storefronts vacant for six months or more. The city would set that rate.

Hoylman says in many instances, landlords are looking for big box stores and national chains who can pay higher rents.

"The problem is that landlords are holding out for these tenants, so they often leave spaces vacant for months and even years at a time, while at the same time doubling or tripling the rent for the small business owner, forcing them out," Hoylman said.

Hoylman's approach is not the only option for the mayor. A competing bill would tax property owners at a 1% rate based on an assessment on the value of the property.

"This is modeled on Vancouver, San Francisco and other states that have already implemented," said Assemblywoman Linda Rosenthal of Manhattan. "And the groups support this bill, not the other bill."

But lawmakers from the mayor's own party pushed back on the idea when de Blasio testified in Albany earlier this week.

"We are not trying to say that there aren't going to be one or two bad actors who double rents unnecessarily. However, I don't know what's going on in those relationships, but those are the outliers. That's not the standard. And a lot of the vacant spaces are not vacant because someone tried to double rent," said Assemblywoman Tremaine Wright of Brooklyn.

"I'm just concerned about your proposal that landlords would pay an additional tax if they keep their spaces empty, when in fact they don't want to keep them empty. They are trying to find ways to encourage small businesses to come in, but local costs are becoming exorbitant on small businesses, and we are defeating the purpose," said state Senator Diane Savino of Staten Island.

Critics of the tax also point out that more and more people are doing their shopping online, and are going to brick-and-mortar reatil stores much less. And that trend is only likely to increase.