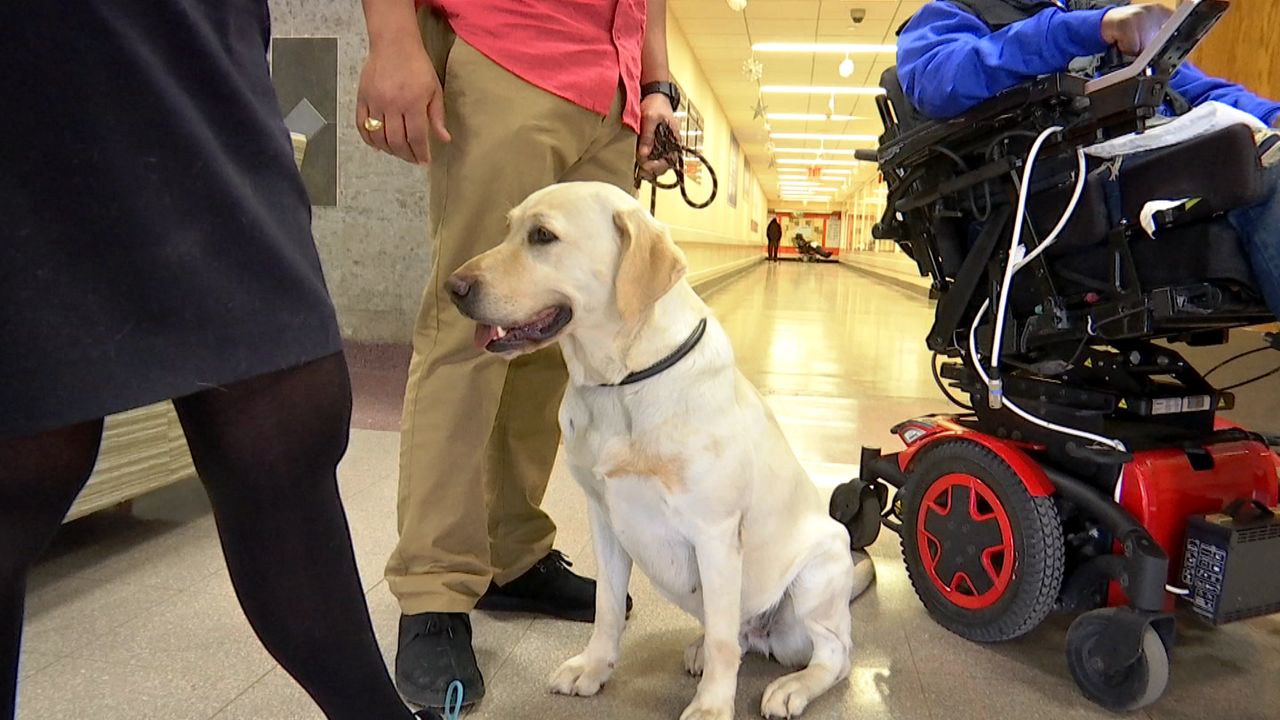 The labrador retriever will now live at the facility full-time under the care of three trained handlers.

“Sometimes we see a resident that is maybe a little agitated or is going through a particular crisis, so when they see Momo, they immediately forget what they’re going through,” she explained.

Four-year-old Momo, originally from Texas, was raised to be a hunting dog. But when her owners discovered Momo doesn't like to pick up dead animals, they thought maybe she’d be better at lifting spirits.

“The best gift that Coler could ever receive,” said Nieves-Martinez.

After completing obedience school and specialized training at Drachten Performance, Momo was donated to Coler by Healing Pause and the Angelica Patience Assistance Program. She became one of the city’s newest residents in January and is already making a difference.

“Animals don’t judge you like people do. You can be in the most awful mood and they still love you, unconditional love,” said Fiona-Amber Bennett, a patient at Coler. “It cheers you up somehow. It gives you a sense of happiness and peace at the same time,” Bennett explained.