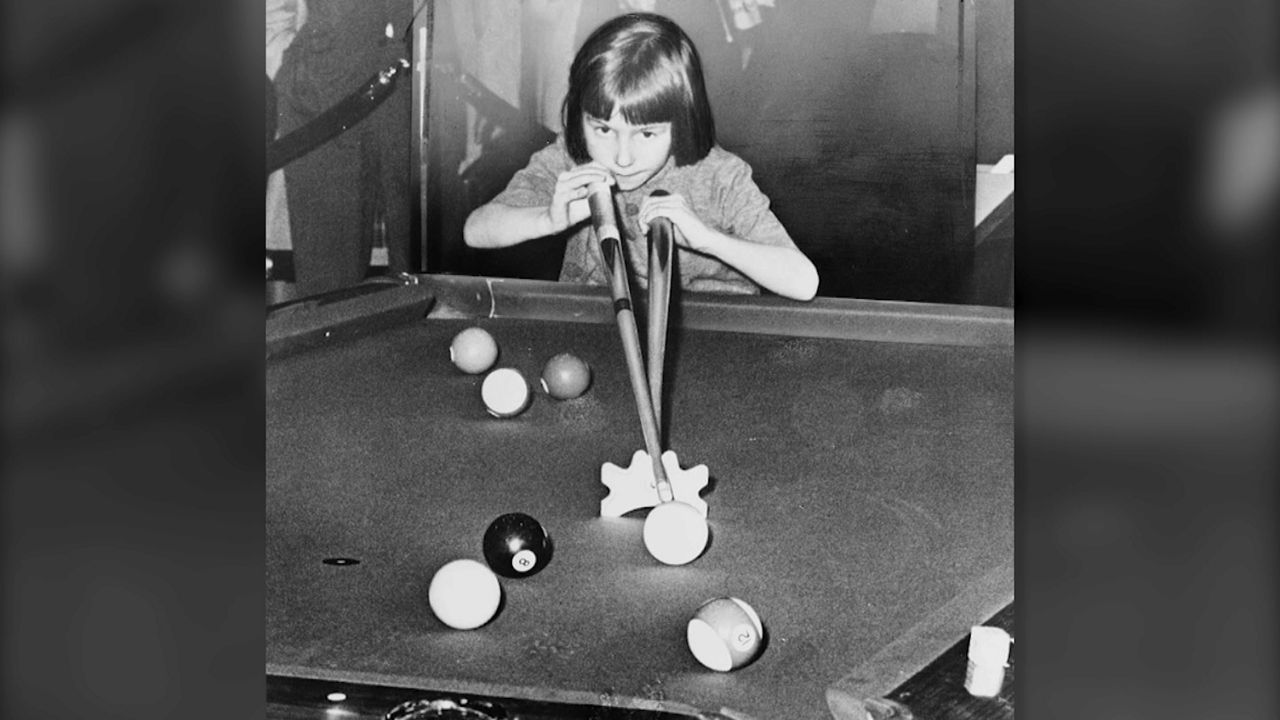 BROOKLYN, N.Y. - Billiards champ Jean Balukas still has tricks, including one she calls "ring around the rosie." She hits one billiards ball after another, banking each one three times before they land in a corner pocket.

Balukas has been shooting pool since she was four years old. By the age of nine, she was competing in the U.S. Open Pool Championship. She soon dominated, winning seven consecutive U.S. Opens from 1972 through 1978, all as a teenager.

She honed her skills at her family's pool hall in Bay Ridge, back when it was called Ovington Billiards.

"Being a female playing pool when I was young, I got to do all the TV shows: 'I've Got a Secret,' 'To Tell the Truth,' 'What's My Line,' because it was such a novelty seeing a girl playing pool. And I just kind of have a knack for it,” she said.

With that knack, Balukas became a legend and the only woman at that time to compete on equal footing with men in a professional sport. In 1985, when she was only 26, she was inducted into the Billiards Hall of Fame.

Her family quickly changed the name of Ovington Billiards to Hall of Fame Billiards to reflect her new honor. She was a celebrity.

"I was on a show called ‘Superstars’ and I got to meet Martina Navratilova, Jack Nicklaus, Joe DiMaggio, Susan Sarandon. There's a lot of people who play this game,” she said.

But for the first time since it opened in 1964, there will be no more billiards at the 48-table pool hall. Balukas quit playing professionally in 1988 and is preparing to retire the business by selling the building and the pool tables.

Balukas is only 60, but Billiards Hall of Fame has been behind the 8 ball.

"These types of rooms, which are rather large in New York City, are difficult because they take up so much space and it's hard for people to pay rent and taxes,” said Jean’s brother Paul Balukas.

Over the years, the pool hall, which has never sold alcohol, expanded to include ping pong and an arcade. Longtime customers remember watching the rise of a young Balukas.

"When she was seven, I used to play her for a cup of soda,” said customer Tony Ciccotto. Balukas says she's going to concentrate on another game with a ball and a hole -- golf. And stay in her beloved Brooklyn.

But pool players in the neighborhood are lamenting the closing of Hall of Fame Billiards.

"This is like a family for us," said customer Steven Alengakis. "So this is going to be a big loss.”