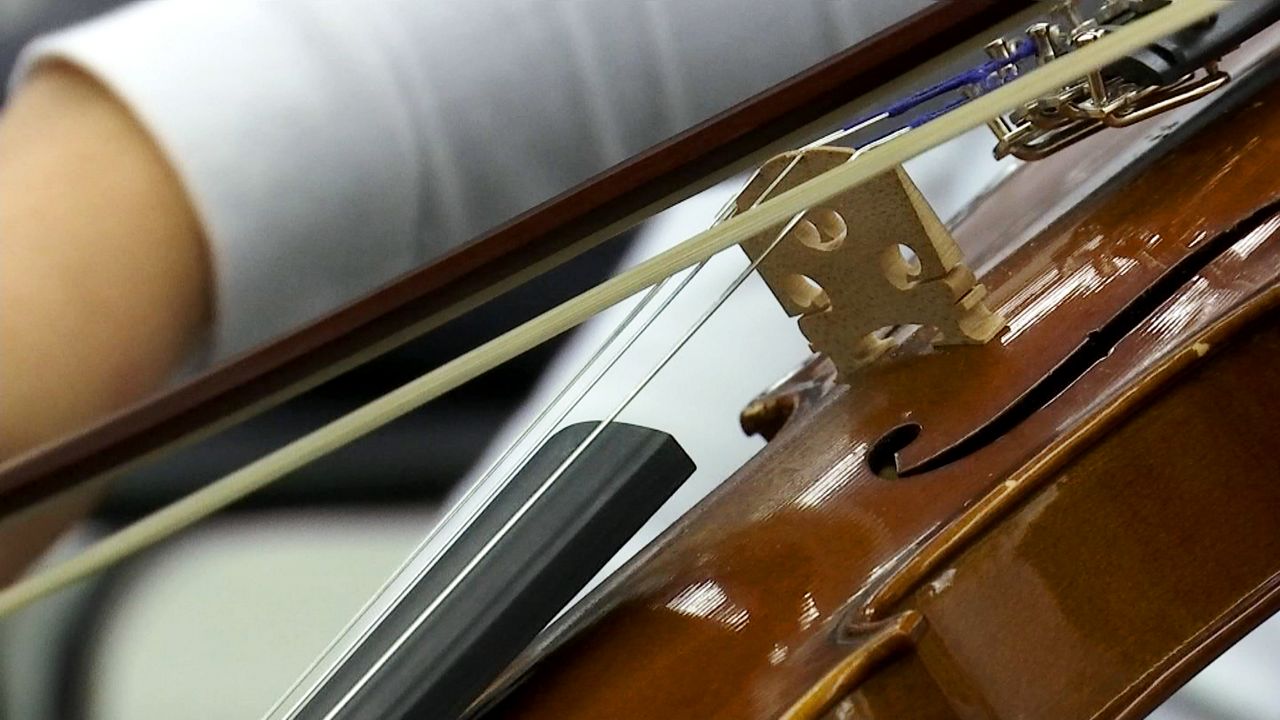 How Paul Simon is Helping NYC Students on Their Musical Journey

Noah Teachey is a third-year music teacher at the Urban Assembly School for Applied Math and Science. He's found a mentor in David West, the veteran orchestra director at Celia Cruz Bronx High School of Music.

The two teachers are members of the inaugural class of the Paul Simon Music Fellows Program launched with a $1 million donation from the singer, songwriter and graduate of Queens public schools. "Anyone in one of these classrooms could be a future Paul Simon," West said.

The program has paired up 20 early career teachers like Teachey with veterans like West, across the five boroughs. Each school will also get an "artist-in-residence" for 11 weeks, and a guest artist, curated by Simon himself, to teach a master class to students. The teachers also got to meet Paul Simon and get his input on their arts programs.

"When I told him about my West African drumming group, he said, 'Well what's your harmony instrument?' To which I replied, well we don't have one right now. We've got a marimba that we might start working into the mix. And he was like, 'What about guitar? Have you thought about guitar?'" Teachey recalled.

In a statement, Simon said arts programs have the capacity to change students lives.

He added, "As a graduate of the NYC public school system myself, I look forward to seeing the flowering of musical talent, and hearing what our city’s kids give us, as they take advantage of this new program."

For Teachey, the only music teacher in his school, having a mentor means there's someone he can bounce ideas off of, like his hopes to teach students to play bachata.

"One of the great values for Noah I think in this partnership is that he has another music teacher to share the struggles, to celebrate the successes," West said.

Music teachers who would like to be part of the program can apply  for the next cohort of fellows, with applications opening up this summer.