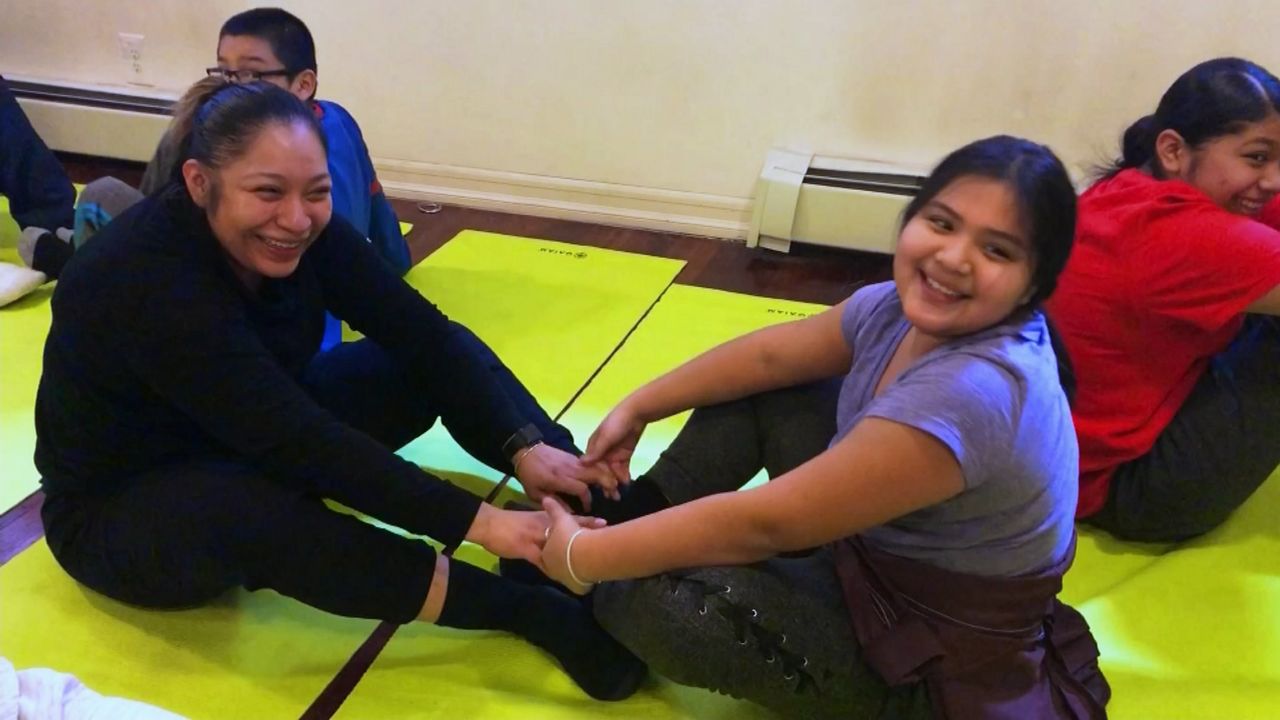 Some children from Harlem are getting all the benefits of a yoga class, while also getting to know the police in their neighborhood.

The officers attending the class are from 28th Precinct in West Harlem. They say they believe these interactions build trust with young people who are sometimes wary of them.

"It allows the kids to have a relationship with the officers and it allows them to kind of break the ice, so now that they feel more comfortable when they see them on the street, they can talk to them and ask for advice," says Officer Marcus Colon.

Lara Land is the yoga instructor behind the class. She saw the healing powers of yoga when she taught it in Africa more than a decade ago to survivors of the Rwandan genocide. It motivated her to open her Land Yoga studio in Harlem to teach yoga in local schools and launch a non-profit organization, Three and Half Acres Yoga.

Land began leading free yoga classes for the NYPD years ago to focus on stress relief.

"They’re under a ton of stress, from what they tell me, from all directions—their superiors inside the force, then being out on the streets and feeling disliked by the community," Land says.

That led to a partnership with the NYPD to create an officers and kids yoga class.

It seems to be working, as young people and the police do balance poses together, build trust and learn the joys of yoga.

How does Land know it's working?

"When you see them laughing together, I mean that’s the best sign," Land said.

If they can build bridges and do bridge pose, that’s a bonus.