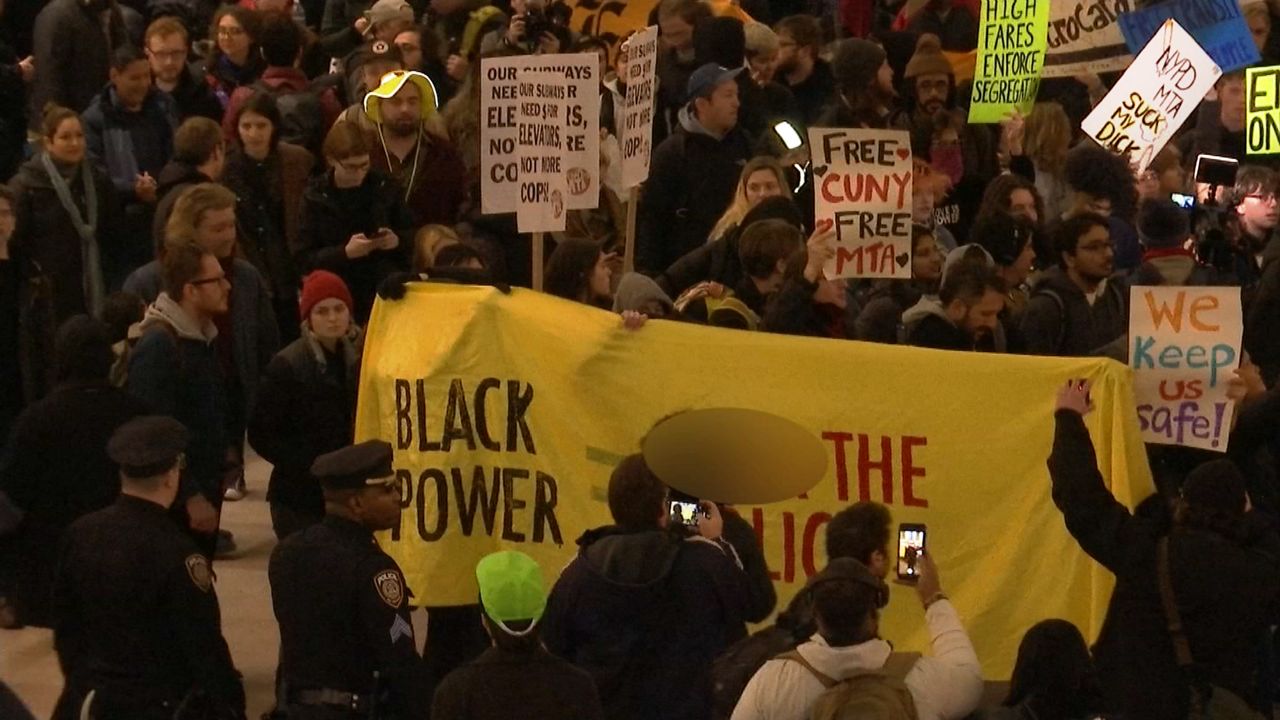 It was a day of disruption and vandalism as hundreds of protesters fanned out across the city to demand free subway service and for police officers to be removed from the system.

Several hundred converged on Grand Central Terminal at the height of rush hour where they disrupted the evening commute. Many of them Carrying signs and banners laced with profanity.

“You need to disrupt in order for people to pay attention,” said one person.

Several were arrested and some clashed with police.

“The MTA and Governor Cuomo have used over $600 million off our funding, taxpayer funding, for the NYPD to infiltrate our MTA and abuse black and brown people and low income people,” claimed one person.

Activist groups vandalized turnstiles and chained an emergency exit gate open, so passengers could walk straight through without paying.

”The MTA has zero tolerance for any actions that threaten the safety of the public and our employees, and impede service for our millions of customers," The transit agency said in response to the disruption.

“If that’s the case you might as well say that the Metro North should be free or the Long Island Rail Road should be free,” said one commuter who was critical of the protests.

“Cut it out already. The same goddamn police officer that you don’t want to hear one day, you might be calling them. One day you’re gonna need them,” said another commuter.

After protesting for about an hour in Grand Central Terminal, the group then moved to 42nd Street, then to Bryant Park and on to Times Square, vandalizing buildings along the way.