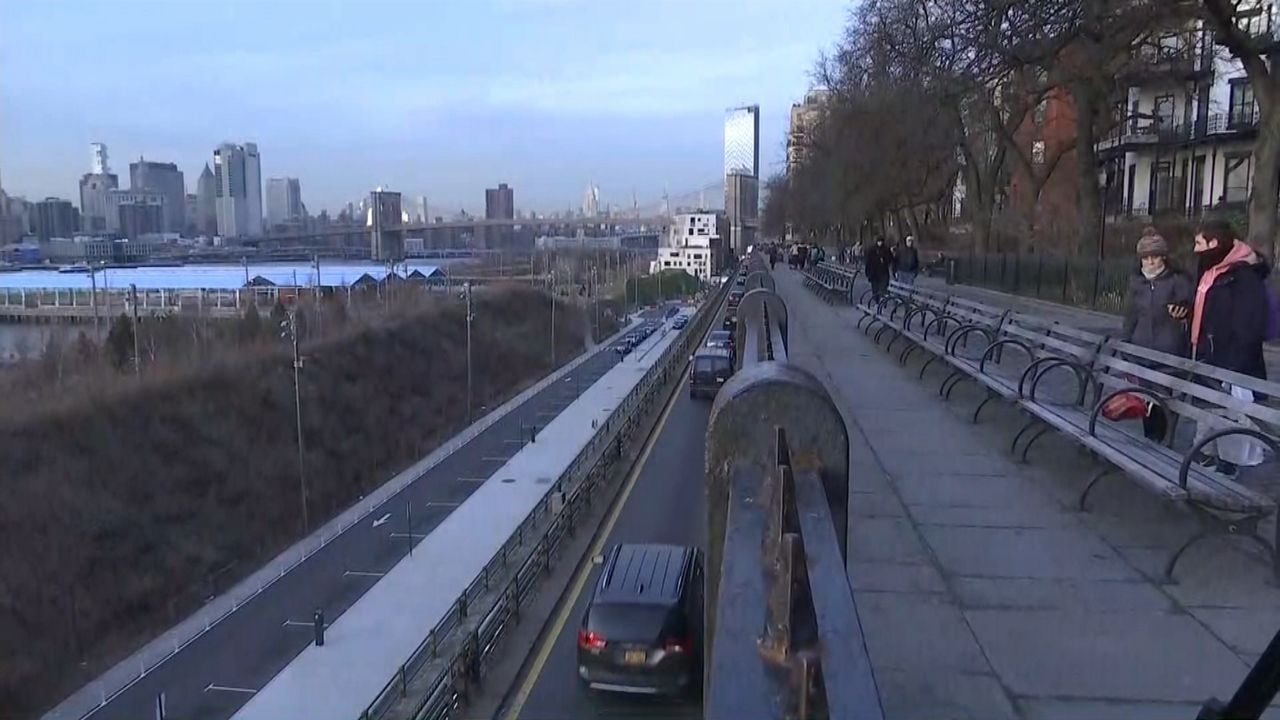 A panel firmly rejected any plans to take away the Brooklyn Heights Promenade or even Brooklyn Bridge Park in order to repair crumbling portions of the Brooklyn-Queens Expressway, but it also found that the highway will be unsafe for drivers in five years.

Mayor Bill de Blasio's expert panel on Thursday released its report on plans to repair crumbling portions of the Brooklyn-Queens Expressway (BQE) after elected officials and community leaders learned about the findings at a closed-door meeting at Brooklyn Borough Hall.

With that plan scrapped, the panel got together.

The panel said problems with the crumbling infrastructure of the BQE are worse than suspected. The five-year timeline is more direr than the 10 years it previously believed.

"The triple cantilever and this mile-and-a-half road are in terrible condition, worse than we thought when we started, and it must be fixed immediately. So, number one: fix it now, repair it now. Get it to be safe so that people can still use it and extend its life," The head of the panel, Carlo Scissura, told NY1.

The report says that the repairs will require extensive overnight and weekend closures and even suggests that the city take away two of the six lanes from the BQE.

The report also recommends that the city cut down on the number of cars traveling on the BQE daily, and that the city enforce a strict weight limit in regards to the trucks that use it.

Finally, the report also recommends that the city, state, and federal government come together to figure out not just how to fix the mile-and-a-half section of the BQE, but to re-envision the entire highway, from Staten Island to Queens.

"We need a comprehensive new road," Scissura said. "We need to build America's infrastructure program today in New York City, and we have to get it done now. There's no more time."

Brooklyn Heights residents who spoke with NY1 said they understand that construction has to get done and that it might be unpleasant, but that they are happy that the panel told the city to leave the promenade out of it.​