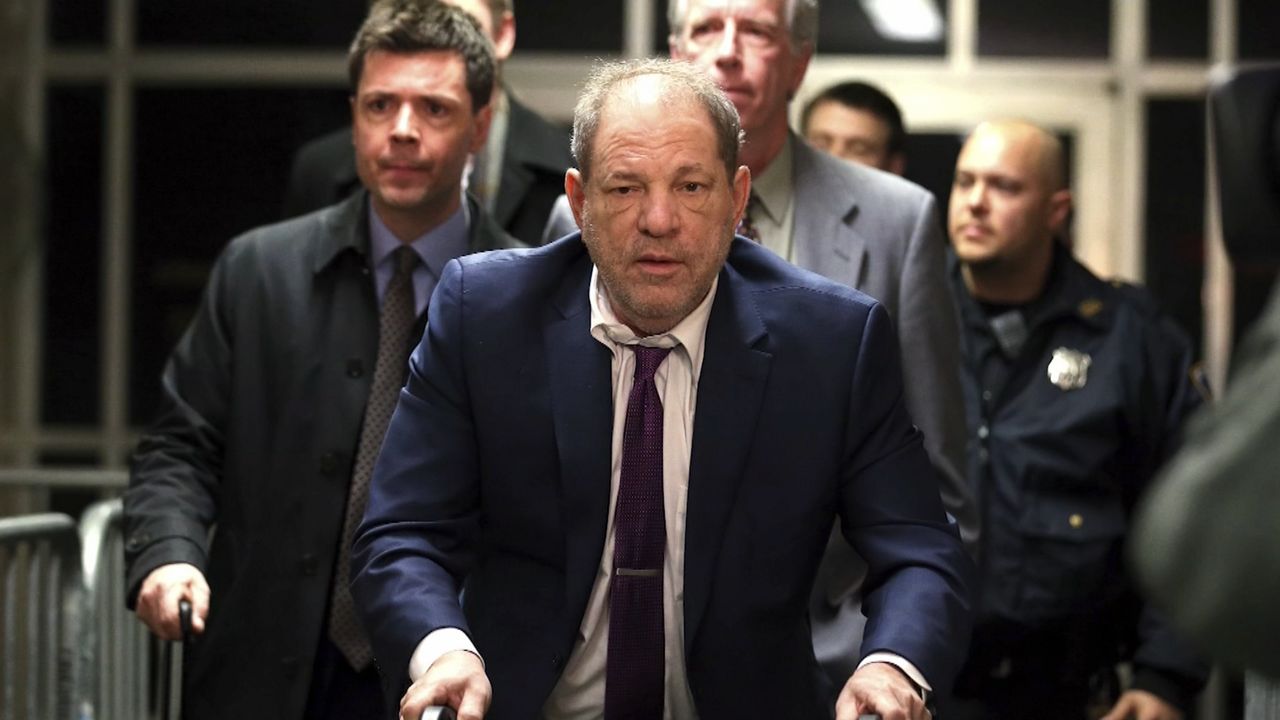 Weinstein Accuser’s Friend Testifies She Was Raped by Movie Mogul

The sex crimes trial of movie mogul Harvey Weinstein resumed with prosecutors putting a friend of one of Weinstein’s accusers on the stand.

Elizabeth Entin was roommates with Miriam Haleyi in 2006, when Haleyi alleges she was raped by Weinstein.

Entin recalled Weinstein flirting with Haleyi at a party they all attended at a restaurant.

"He put his arm around her, his hand on her stomach, kind of pulled her to him and said, ‘This is the hottest woman I know," said Entin.

Weinstein allegedly attacked Haleyi at a subsequent encounter, in his SoHo apartment.

Haleyi who worked as a production association on Project Runway, testified on Monday that she went to his apartment for what she thought was a work-related meeting.

Entin told jurors that Haleyi confided in her about being attacked.

"He started rubbing her shoulders, kissing her. She said I'm on my period, he said I don't care, he pulled off her underwear,” Entin testified.

‘Miriam, that sounds like rape.’ I said, ‘Why don’t you call a lawyer?’” Entin added.

”In the witness’s opinion what Mr. Weinstein did to Mimi at that time was rape,” said Gloria Allred.

Defense attorney Donna Rotunno tried to grill Entin, asking why she wanted to call a lawyer instead of police, suggesting she wanted her friend Haleyi to sue.

Entin fired back that women should stick up for themselves, and that she thought Haleyi needed a lawyer for a criminal case.

“I think that the defense did a very poor job of rebutting, this is one of the best witnesses I have ever heard,” said Allred.

Weinstein's attorneys have insisted any sexual encounters were consensual. They cite his accusers’ continued contact with him after the alleged assaults.

During a lighter moment in Entin's testimony, she said at some point before the alleged attack that Weinstein had showed up in the apartment she shared with Haleyi, and that her little dog, Peanut chased him around the apartment.