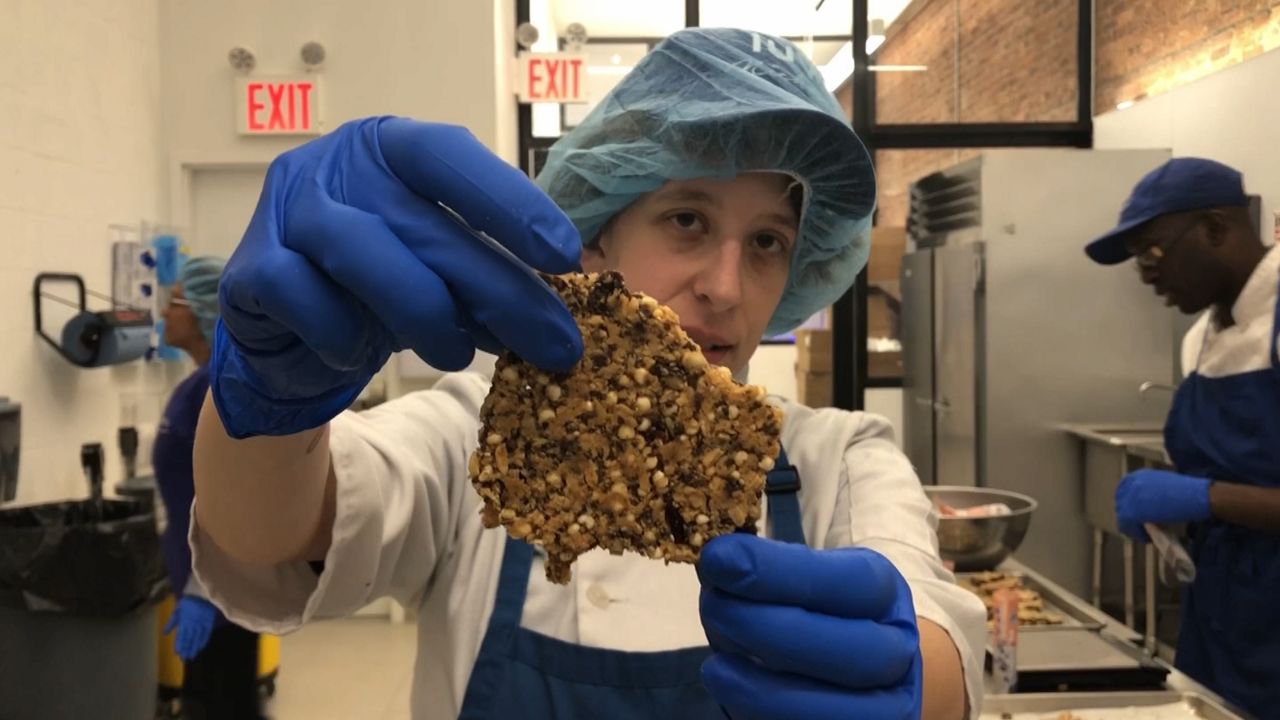 When you eat your favorite cereal or snack you may not think about the inspiration behind the tasty treat. But for one local granola company, the inspiration continues to be the driving force in everything they do.

"They love the granola. They love it very much and it makes me feel proud and very happy. And I'm also a very hard worker," he told NY1.

He's part of the team at Luv Michael, which trains and employs young adults with autism to make granola. For most of them, it’s their first job. For some, it's the first place where they feel like part of the team.

Dr. Lisa Liberatore, a Manhattan physician, founded Luv Michael as a non-profit organization six years ago. She named the company after her son Michael, who is on the autism spectrum. She wanted to provide meaningful training and employment to people like her son.

"It was clear to me that, if we didn't find something meaningful for him to do, then he was going to finish school without any meaningful work," she said.

Initially, Luv Michael operated out of the family's home. Now, her son works at a small branch on Long Island and she's just opened a professional kitchen and retail shop in the Tribeca neighborhood of Manhattan with 12 workers who are called granologists.

Luv Michael makes and sells two flavors of granola, original and mocha, all of which is both gluten- and dairy-free.

Liberatore says that by providing living wages and life skills, Luv Michael is producing a product that not only tastes good, but does good, too.