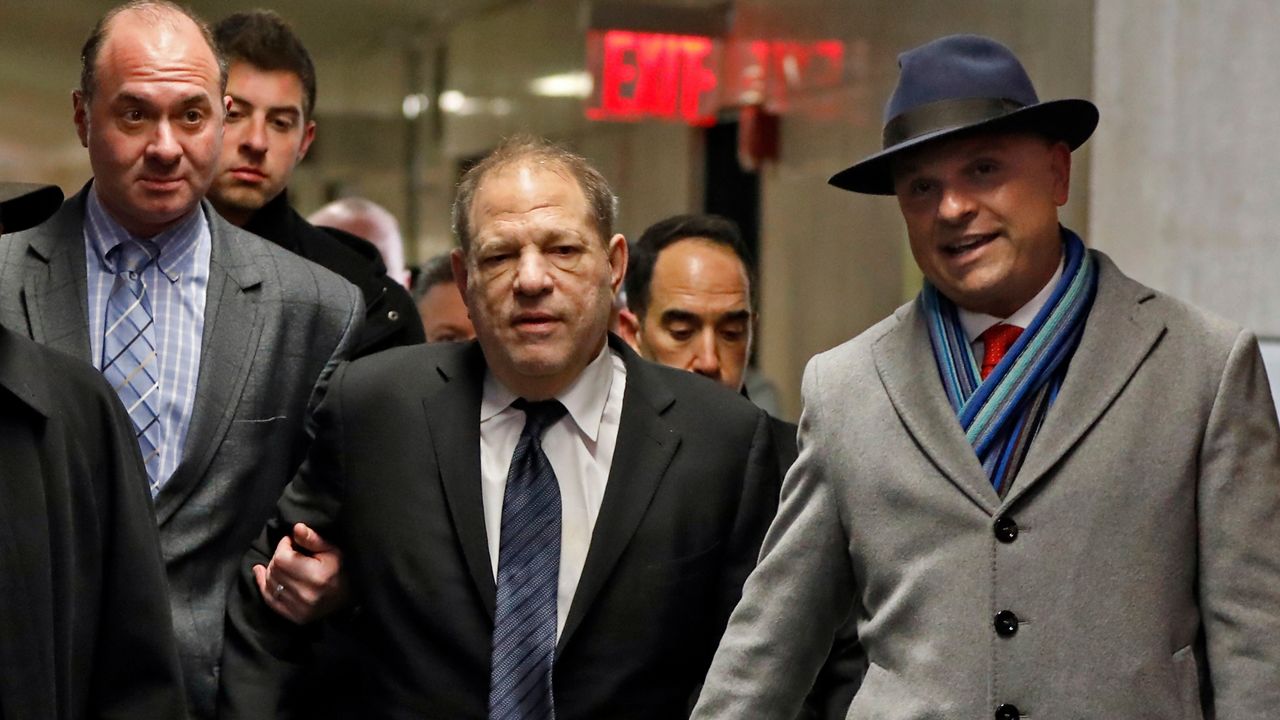 A Manhattan jury heard opening arguments in the trial of Harvey Weinstein Wednesday after more than two years of allegations claiming that the disgraced movie mogul raped and assaulted women for years.

Dozens of women have accused Weinstein of using his status to sexually assault or harass them—claims that gave rise to the #MeToo movement.

This case involves charges he raped a woman in 2013 in a Manhattan hotel and sexually assaulted another woman in 2006.

Prosecutors said they will present evidence involving Brooklyn-born actress Annabella Scoria, who appeared in movies and the Sopranos TV show. She claims Weinstein raped her in the 1990s.

Prosecutors said six women in all would testify in graphic detail how they were raped or attacked by Weinstein.

During opening arguments, prosecutors said that while Weinstein uses a walker now because of back surgery, at the time of the alleged attacks, he was an aggressive man who weighed 300 pounds, and once pushed his way into the apartment of one victim.

Assistant District Attorney Meghan Hast said he would hold women down and assault them, supposedly telling one victim, "Despite what your eyes see, this is not a harmless old man."

The alleged victims say they thought the powerful movie mogul wanted to help them with their careers, but that he flipped the script and became sexual.

Defense lawyers declared they would present emails, calendar entries and other evidence to show any sex with Weinstein was consensual.

They said a text message from one alleged victim said, "I love you, I always do. But I hate feeling like a booty call. :)"

Attorney Gloria Allred, who represents some of the alleged victims, said outside the court those messages mean nothing.

Forensic Psychiatrist Barbara Ziv, who also testified in the Bill Cosby rape case, will testify in Weinstein's trial and tell jurors sometimes victims do stay in relationships with their attackers.

Weinstein's lawyers say there is another side to these stories and they will vigorously cross exam the alleged victims.

That's expected to be emotional testimony.