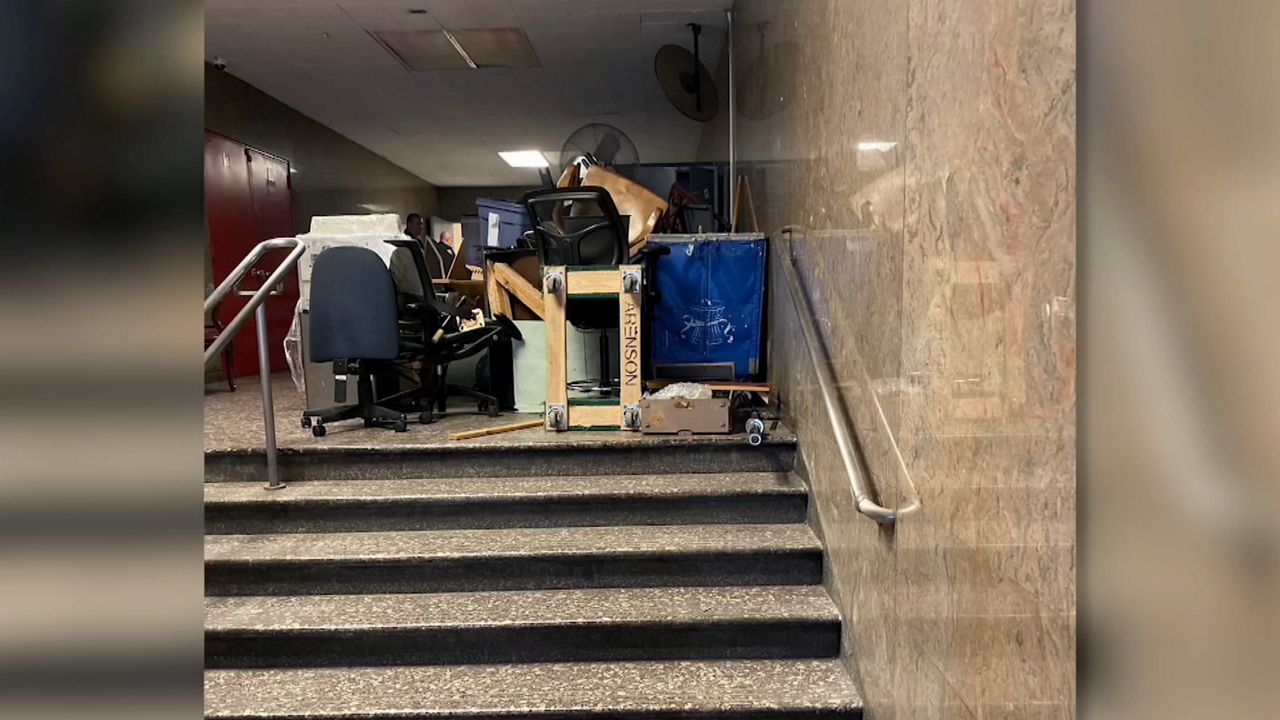 At Brooklyn Supreme Court Civil Division, Cullen says a door on the lower level has been locked for about 10 years, although if there were an emergency, the staircase would lead people to it.

“They come into a vestibule and attempt to try and leave the building only to find all the doors in this bank are locked,” said Cullen.

And just behind those doors are debris, trash, discarded furniture, which he says would further impede an evacuation.

Another set of the doors at the end of the building is locked from 8 a.m. to 9:30 a.m., which means there is only one exit for about 90 minutes every morning.

And at Bronx Criminal Court, Cullen points to photos showing what appears to be plaster peeling away from columns, and a portion of the wall that he said fell. No serious injuries have been reported.

“We share the Supreme Court Officers Association union president’s concerns regarding facility safety,” a spokesman for the New York State Unified Court System said, adding that there are plans to address the issues with the city, which leases the buildings to the courts.

Cullen wants the Fire Department to step in, too.

“…Fire Inspectors regularly inspect courthouses and other areas of public assembly throughout the city,” the FDNY said in a statement. “Any fire and life safety complaint is taken very seriously and will be addressed by our Bureau of Fire Prevention.”

After NY1 visited the Brooklyn Supreme Court and observed the conditions like, we contacted the city agency responsible for the buildings. It said, it is “assessing the concerns raised” and “will take prompt corrective actions as warranted.”

The department has since provided a photo showing it cleared one hazard following our inquiry.

Anyone with a non-emergency fire prevention-related fire or life safety concern or complaint should immediately call 311 or email FDNYBusinessSupport@fdny.nyc.gov.