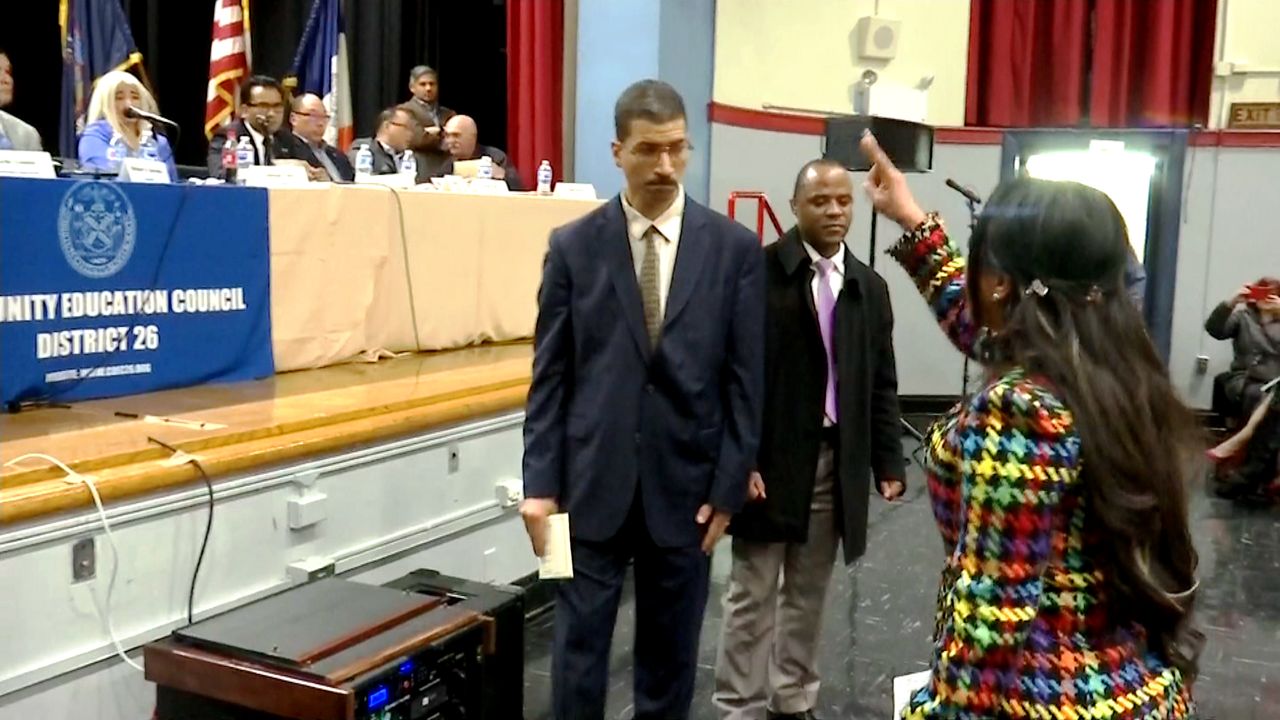 The meeting started late and ended early as the crowd grew angry over the school’s chancellor and superintendent’s response to Katty Sterling’s daughter being physically assaulted last week at MS 158.

Video of the fight went viral.

"Look at the video the second time my daughter assaulted. Second time and nobody did anything," Sterling said.

Sterling wasn’t the only one upset. Scott Salzburg wanted to know why he wasn’t notified after his young teenage daughter was allegedly sexually assaulted inside MS 158.

"The school know about it and never notified us and gave the boy detention so they acknowledge that something happened," Sterling said.

It was standing room only inside the District 26 meeting where parents and teachers wanted questions about funding, teacher support, and support for advanced classes answered. But most were highly concerned about the recent violence, harassment and reported sexual assaults within in the district.

"We don’t feel safe in the school and we feel like a lot of teachers are fearing backlash from the administration and they do not help our children," said Kathy Ciofoletti, a parent.

The chancellor and superintendent addressed the issue.

"When an incident happens in one school and it's on my radar you know I’m paying attention and making sure that everyone is putting resources and attention into that incident," Carranza said.

Prior to the meeting, several elected officials also sent a letter to the schools chancellor asking the city to address the issues. Many parents felt his answers were vague and did not address the overall problem. They were also upset that he ended the meeting and walked off the stage.

"I feel it was totally not just. He should’ve stayed the issues. Parents are afraid. Kids are afraid. Teachers are afraid. Criminals are taking over the building and they’re doing nothing," said one parent.

The DOE says it's revising protocol, re-training staff and communicating with families.

But some of the families who've been affected say they have not received any satisfactory information which further fueled their anger at the meeting.