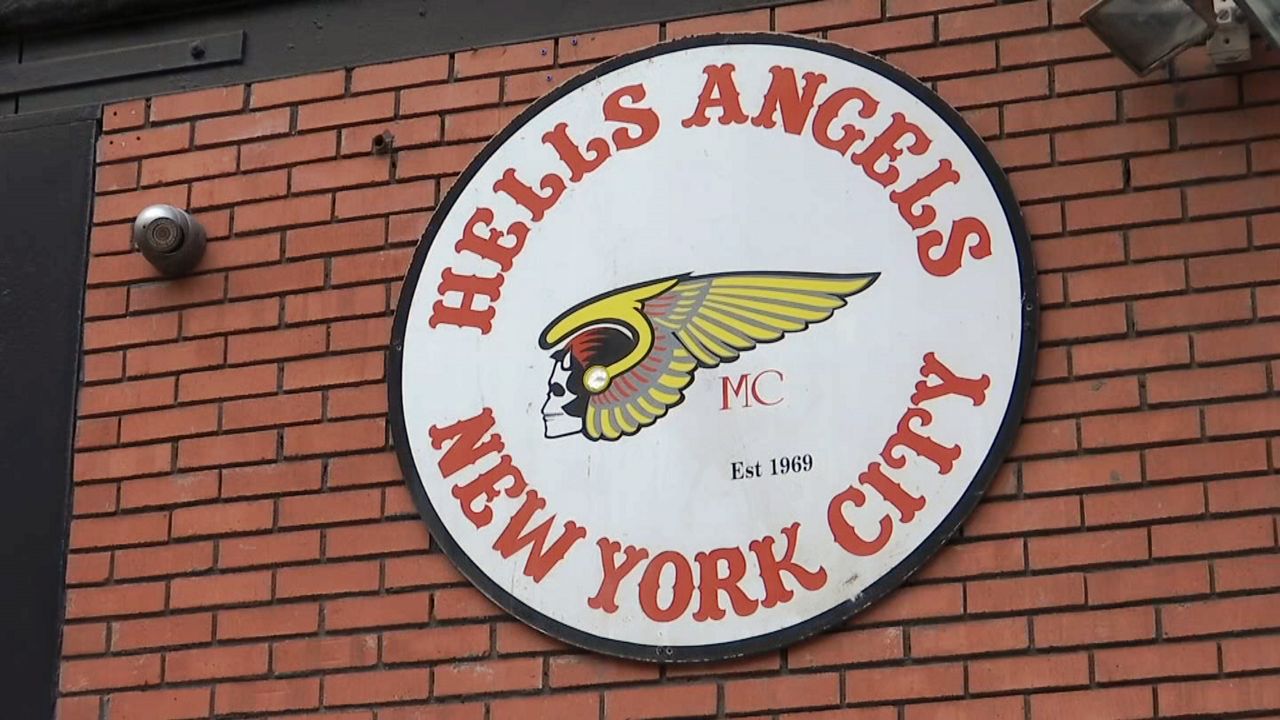 BRONX, N.Y. - The quiet of a Throggs Neck neighborhood was interrupted by gunshots fired at a building Thursday — not just any building — a clubhouse recently opened by the Hells Angels Motorcycle Club.

In exclusive video obtained by NY1, a caravan of four Harley-Davidson bikes and nine cars can be seen pulling up to the Longstreet location. Then, gunfire erupts.

"We thought the quality-of-life issues would be limited to noise complaints and party time. Now, we have a full-blown shootout," said Egidio Sementilli, a community organizer.

No one in or outside of the club was injured.

The clubhouse opened last month on a street of one-family homes, worrying residents.

The Hells Angels have been tied to organized crime and are notorious around the world. Locally, an Angel was accused of shooting a man in the stomach in 2016, and some members allegedly beat up a deliveryman two years later.

"This is why we did not want this organization here in this community. This is why we are calling for an investigation," Sementilli said.

In March, the Hells Angels sold, for $7.75 million, the clubhouse they had occupied in the East Village for 50 years. They purchased their new Bronx home, a former American Legion post, for $1.25 million.

The Hells Angels bought the property back in August 2019. It was a private sale that did not require city or community board approval. Neighbors found out after the motorcycle club moved in.

The Hells Angels could not be reached for comment.

Asked about Thursday night's shooting, a spokesman for City Councilman Mark Gjonaj told NY1, "The Councilman and the owners of the property will likely meet soon to further discuss the matter as well as what can be done to ensure the safety and well being of the community moving forward."

"This is disturbing. It's not acceptable. We hope they shape up or ship out," said Victor Ortiz, a Throggs Neck resident.

But unless they choose to ride out, for now, the Angels are there to stay.