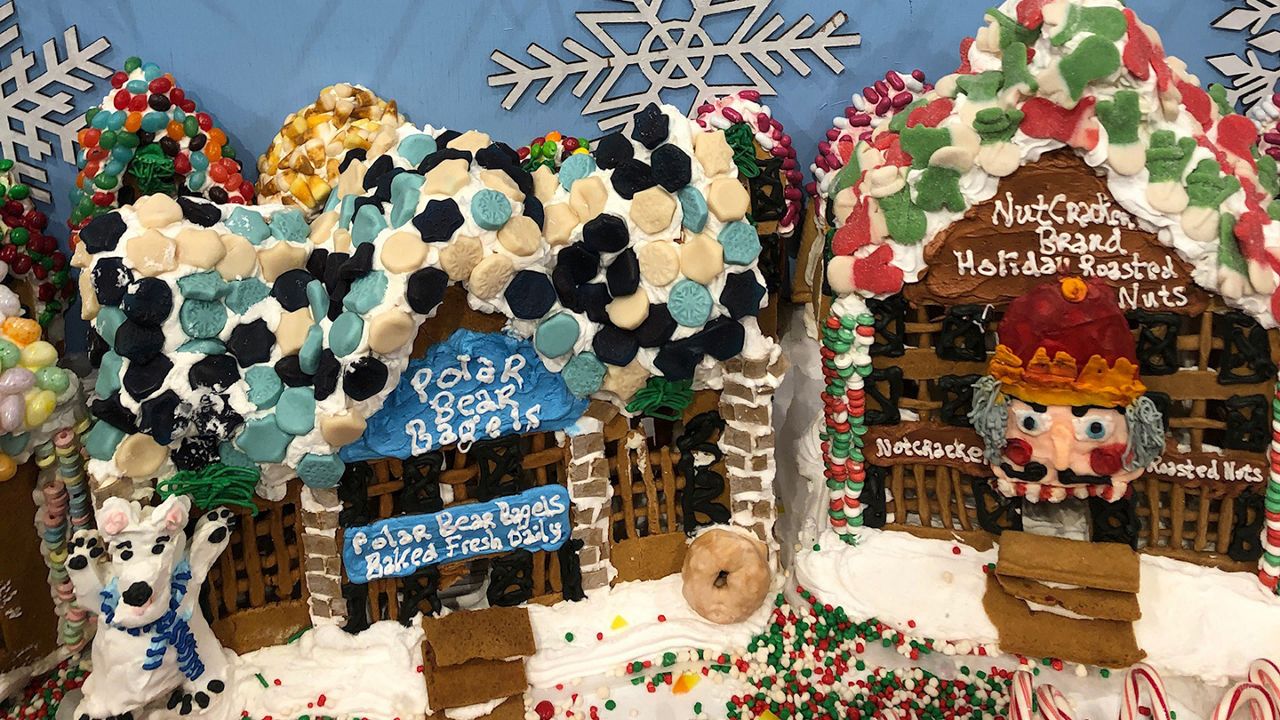 Record-Setting Gingerbread House Maker At It Again in Queens

Lovitch spends the entire year making gingerbread houses at his home in Forest Hills. But with 15-month old Cecilia now walking, he has his hands full.

His wife works as a veterinarian, leaving him to watch Cecilia while buying ingredients, baking and making his cookie concoctions.

With these repairs done and Cecila in tow, Jon heads to the New York Hall of Science in Queens with his houses to build the massive gingerbread village he creates there each year.

"That's the magic, that feeling I get from seeing people looking at my exhibits and really loving my exhibits," he says.

The wow factor is unmistakable.

Lovitch fell in love with gingerbead houses after entering and losing a gingerbread house contest 25 years ago. Over time, it became a full-time job. He gets paid for his gingerbread villages, which are displayed in Queens and across the country, but not as much as in his prior life as a trained chef.

"We call it Gingerbread Lane, but we could probably call it 'Icing Street' because there's far more icing here," he says. "Icing is what keeps these going. When I tap it, the gingerbread breaks off, but the icing doesn't."

At peak times, this room will be packed with people. Many come every year to see the gingerbread creations.

"I say it is a spectacle of sugar and spice and everything holiday in one giant display,".

It all looks delicious, but you shouldn't eat any of it, because some of the gingerbread and candy is nearly a year old.

On January 12, after the exhibit ends, Lovitch gives the houses away. Then, he'll return to his workshop to begin building his gingerbread villages again.