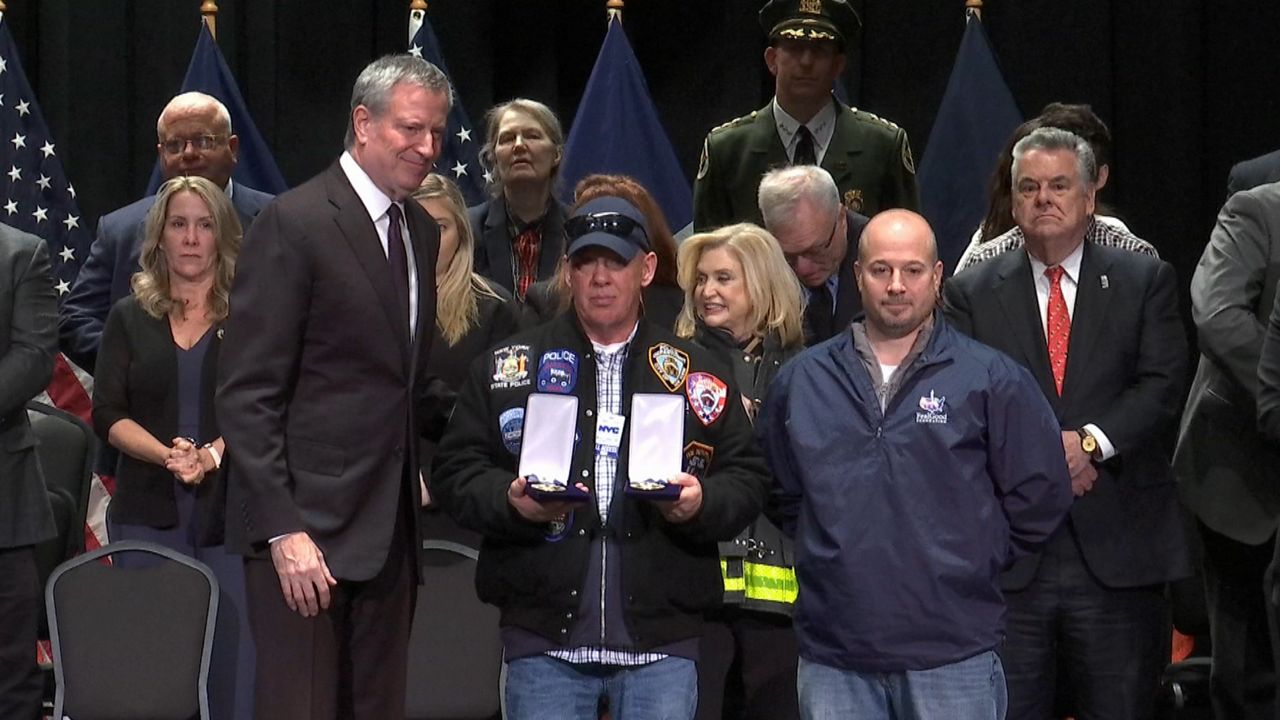 It is the city's highest civic honor, awarded in the past to icons like Martin Luther King Jr., and Muhammad Ali.

This time, Mayor Bill de Blasio gives the coveted Bronze Medallion to those who pushed Washington to permanently fund the healthcare needs of people with 9/11-related illnesses.

The honorees included first responders, the unions that represent them, advocates and elected officials.

"We got a permanent program for their healthcare and for their compensation, it will save lives," said New York congresswoman Carolyn Maloney, one of the honorees.

About 400,000 people were exposed to toxic dust after the terrorist attacks.

The September 11th Victim Compensation Fund was running low on money before the honorees mounted an all-out campaign in Congress to make sure it will help everyone who needs assistance.

"All of you form a community, a righteous community of people fighting for some fairness, some decency, some recognition," Mayor de Blasio said.

The long political battle to get permanent funding ended positively this summer when the bill passed in Congress.

"Persistence paid off," honoree Kimberly Flynn said, adding, “we did a lot of explaining, we also refused to take no for an answer, and I think everyone on that stage would tell you that that's the key to success."

Four of the medallions were bestowed posthumously, to first responders who have passed away. One of them, former detective Luis Alvarez, died just a few weeks after testifying in Congress last June.

The ceremony was hosted by our colleague, NY1 anchor Cheryl Wills.