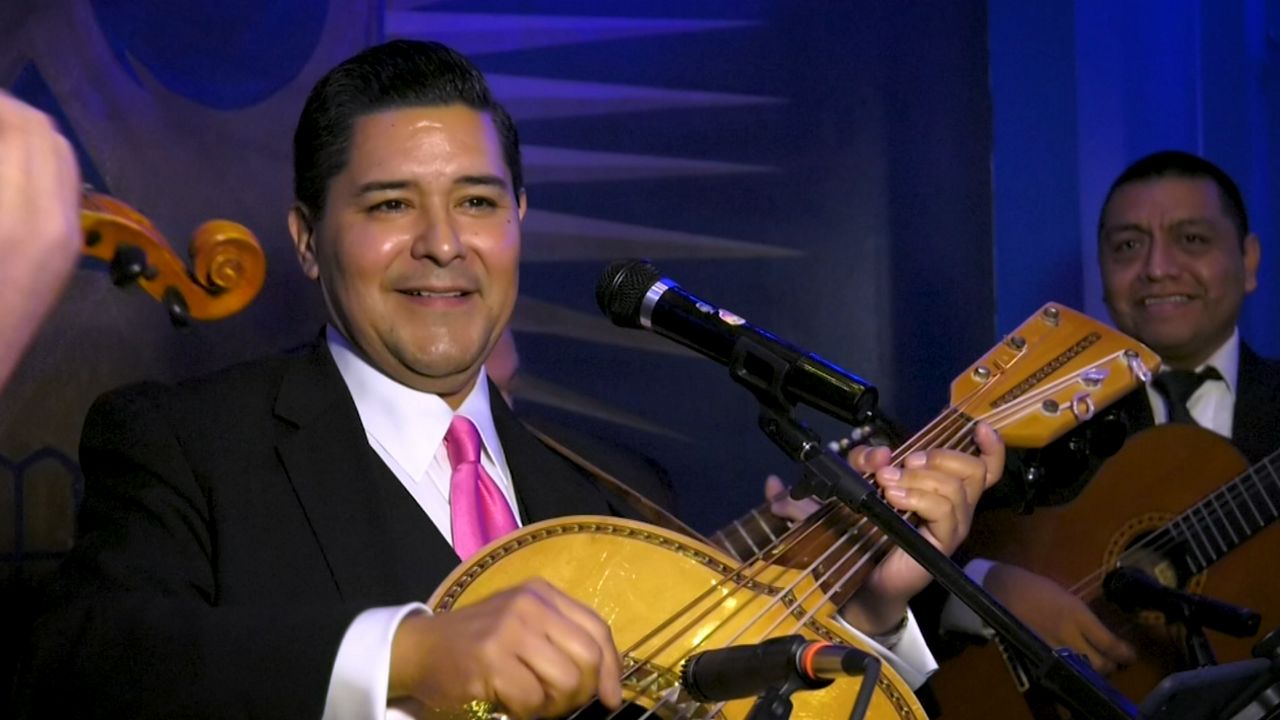 It's a weeknight in Brooklyn, and five musicians are serenading diners at a Park Slope restaurant with mariachi songs.

Nobody knows one of them is Richard Carranza, whose day job is leading the nation's largest school system.

Since becoming schools chancellor, Carranza has been putting his stamp on city education policy. In his off hours, he's quietly become a big wheel in New York's mariachi scene, too.

On a weeknight in New York City, you may find @DOEChancellor at a diner or a birthday party.

But he's not there for the schools — he's there as a member of a mariachi band. https://t.co/Am5WdLkdqD

He performs three or four days a month with local bands — always, he says, for free.

"I don't need a therapist. I don't need to play golf. I go pick up my instruments, do a few gigs on the weekends where I'm just playing for the love of the music, and my soul is uplifted,” he says.

According to Carranza, the mariachi world is a small one. And so when he arrived from Houston, it was not hard to find musicians to play with.

But most New Yorkers have no idea their school boss is regularly performing around town.

On one Saturday, he appeared five times, playing at a marriage proposal at a Peruvian restaurant in Queens, and a backyard birthday party in Brooklyn.

"There were three teachers of the DOE, there was two custodians and there was a school secretary, all in the same family! And I walked in and they're like looking and looking, and of course they sent up one of their children, a student. They said 'excuse me, sir, are you the chancellor?'"

"It just makes me really happy when people can connect with me, without me being in a suit — or this suit — but they recognize I'm one of them,” he says.

Carranza grew up in Arizona, the child of Mexican immigrants. At six, he began playing instruments, and became so proficient, he performed his way through college. In one band, Carranza plays guitarron.

He also plays guitar, violin, trumpet, saxophone, and some harp. The music is part of Carranza's identity.  He's focused much of his tenure in New York on celebrating students' cultures, sometimes to criticism.

"I know who I am. I know how I was raised. I know what I stay true to. And I just want to create the conditions that every community can have that kind of a platform to help their children understand that yes, you come from a history and, together, we create another kind of history,” he says.

And mariachi certainly is central to Carranza's history. His favorite song is the one his father sang to Carranza's mother when proposing.

"Without this song, I wouldn't be here.”