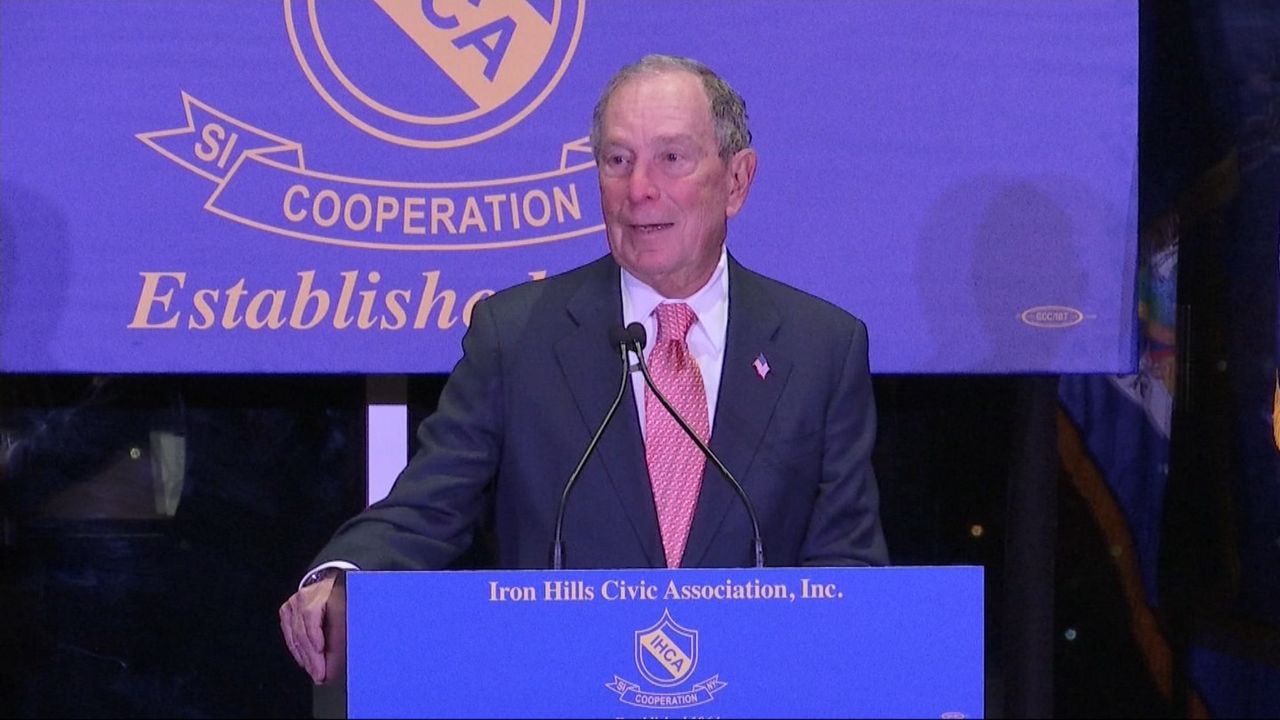 Mike Bloomberg has been widely derided by his Democratic opponents as a billionaire out to buy the election. In an interview that aired Friday, Bloomberg pushed back against his rivals, describing his humble roots and a hard path to creating a wildly successful business.

“Why didn't they do that? They had a chance to go out and make a lot of money,” said Bloomberg in a CBS This Morning interview.

"It's ok if they ask other people for all their money, and it will help their careers," he continued.

It was just one of several remarks that seemed to land with a thud Friday. Asked about the timing of his recent apology for stop-and-frisk, just days before entering the race, Bloomberg made a statement that was utterly false.

“Well nobody asked me about it until I started running for president, so c'mon," said Bloomberg.

In fact, Bloomberg was questioned about the controversial policing strategy for years.

"I have spent six years fixing and undoing what Michael Bloomberg did," de Blasio said.

Mayor de Blasio, who has assumed the role of Bloomberg's chief critic, soon chimed in.

"The stop-and-frisk crisis in New York City went on for years and years. And there were protests, there were appeals from clergy,” said de Blasio.

Later Bloomberg was asked about the lack of diversity among the remaining Democratic field, and Cory Booker's quote that there are more billionaires in the race than black people. Bloomberg praised Booker, but in a way that raised eyebrows.

Booker later responded to a comment many regarded as patronizing.

“I was taken aback by it. It's sort of stunning at times that we are still revisiting these sort of tired, you know, tropes," said Booker.

As for what changed Bloomberg's mind about entering the race, he said this:

"I watched all the candidates. And I just thought to myself, Donald Trump would eat them up.”

His opponents are hoping Bloomberg won't make it that far.

As Mike Bloomberg campaigns for president, see our guide for the latest news from the trail.