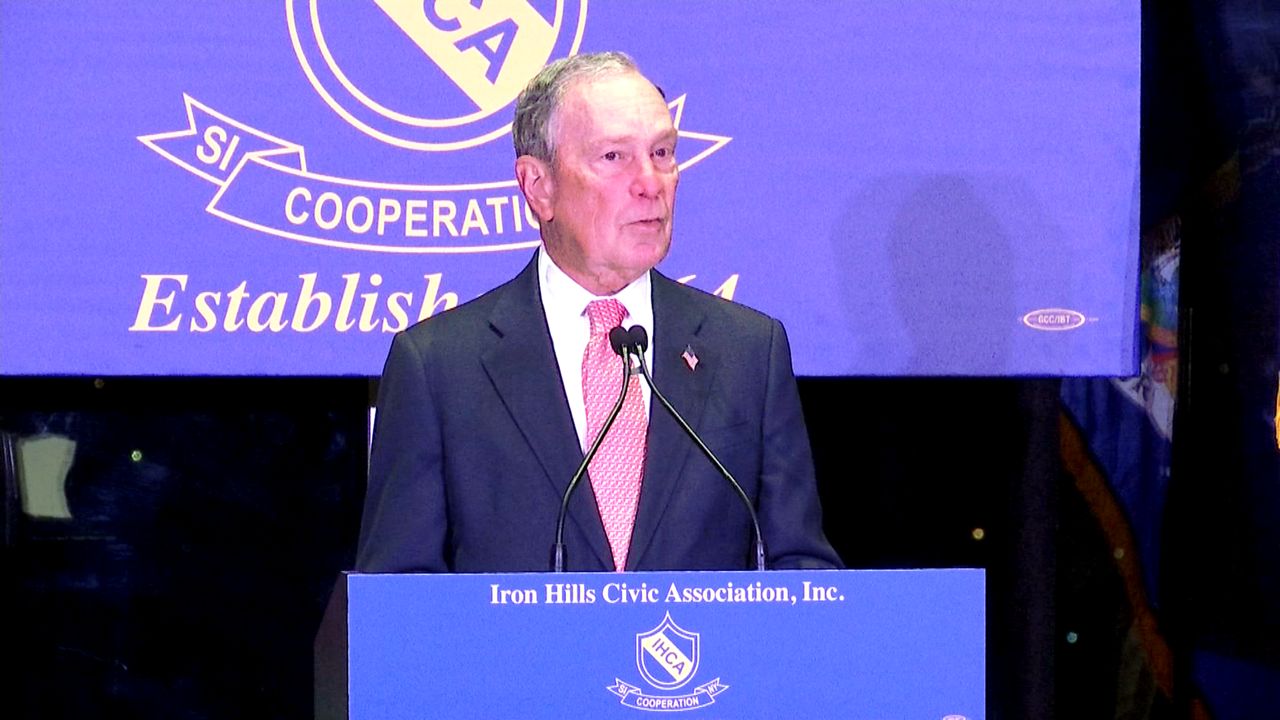 STATEN ISLAND, N.Y.  -  Mike Bloomberg was sent to City Hall through Staten Island — voters in the borough helped him get his start. So not even two weeks into his presidential campaign, the mayor came back Wednesday night.

Bloomberg’s campaign has already created a stir among his Democratic rivals. Elizabeth Warren released an ad on Wednesday, and it ran on none other than Bloomberg TV.

In it, Warren says, "Others call their billionaire friends and urge them to run for president. Some people have figured out it will be a lot cheaper to spend a few hundred mil just buying the presidency instead of paying that two cent wealth tax."

Courtney Gross: Elizabeth Warren came out with an ad today that targets you specifically and says the only reason why you are running is because you don't want to pay the wealth tax.

Bloomberg: Why don't you call Elizabeth Warren and maybe she will give you an answer.

Bloomberg is already vastly outspending his rivals even though he just threw his hat into the ring. So far, the former mayor hasn’t been targeting his fellow Democrats in the race. Instead, he is aiming at the current occupant of the White House.

He did so even on Staten Island which heavily supported Trump in 2016.

"I always thought the president of the united states should be the leader of the entire country, not the leader of a political party," Bloomberg said.

The former mayor plans to head to Colorado on Thursday to unveil his anti-gun violence agenda. Bloomberg has been battling for gun control reform for years.

"What we have to do is keep guns out of the hands of minors, people with pyschiatric problems and people with criminal records," Bloomberg said.

That seems to be something this crowd is on board with. At the end of his remarks Wednesday night, he got a standing ovation.

While mayor Bloomberg did get a good reception here on Staten Island he still has a long way to go. After all, he still is not getting a lot of traction in the polls.