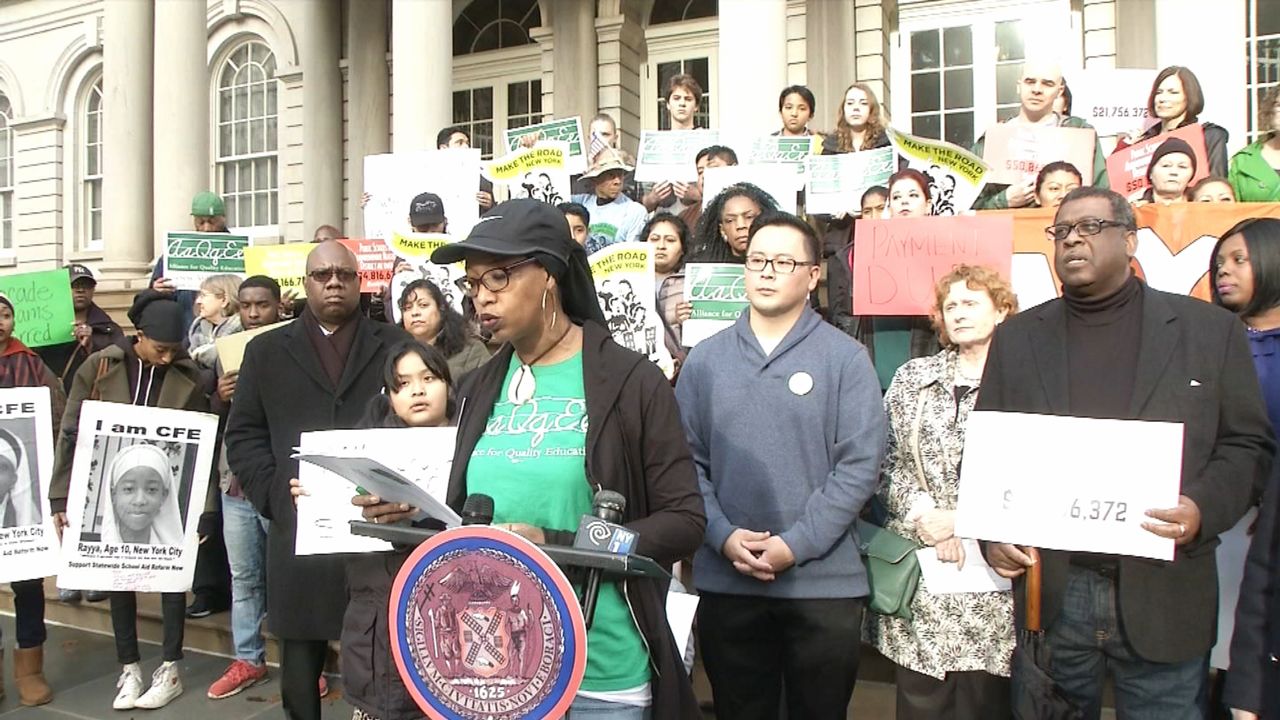 It's a funding fight that began in 1993, and it has no end in sight. On Tuesday, the state legislature delved into the future of Foundation Aid, state money for high-need local school districts, money that City officials complain that's long come up short.

"Every parent should know your kid has a right under the New York State constitution to the opportunity for a sound basic education, and the state is not providing the funding that's required to give them that opportunity," said Michael Rebell, a Columbia University professor.

Michael Rebell represented parents in the 1993 lawsuit that argued city students weren't getting the level of education promised them under the state constitution.

More than a decade later, they won; in 2006 the court ordered the state to create a formula for providing school funding, known as Foundation Aid. But a recession hit while it was being phased in, and the funding froze.

While it's since increased again, local districts and lawmakers say the state hasn't paid out what they pledged.

"With this funding we would provide needed additional resources for our students and schools, like more teachers and guidance counselors, mental health services and multilingual education services," said Lindsey Oates, CFO of DOE.

Lawmakers are now considering whether the formula should be tweaked. Governor Cuomo's office says it has been adjusted during every budget cycle, and says the administration has raised school aid in this year's budget by more than $1 billion. But Rebell says tying the funding to the budget is a problem.

Others think the current formula could work just fine, if it were fully funded.

"The foundation aid is not broken. Let me just say that if you have a car and you fill it with a quarter tank of gas, and it runs out of gas, the car is not broken it's run out of gas. Put gas back in there, let's see," said Sen. Robert Jackson.

Meanwhile, a new generation of parents is bringing the case to the courts next year with basically the same argument from 1993.