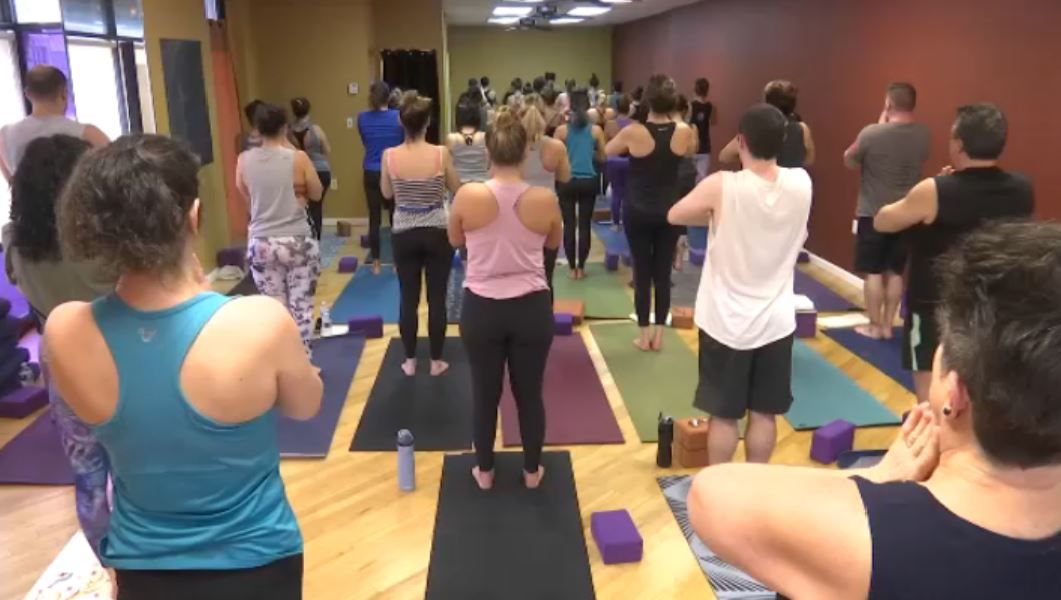 A tradition is keeping people zen through the Thanksgiving holiday, while helping to feed the hungry.

Five Boro Power Yoga hosted its Thanksgiving donation class Thursday to support Project Hospitality's food pantry. Yogis brought in canned goods and non-perishable food items and made monetary donations to support the cause. Participants say it’s a great way to get in a workout before the big feast.

This is the ninth year the studio has hosted the thanksgiving event. Since it began, they've raised more than $5,000 and collected eight vans full of food. The studio will continue to accept donations through the end of the month.