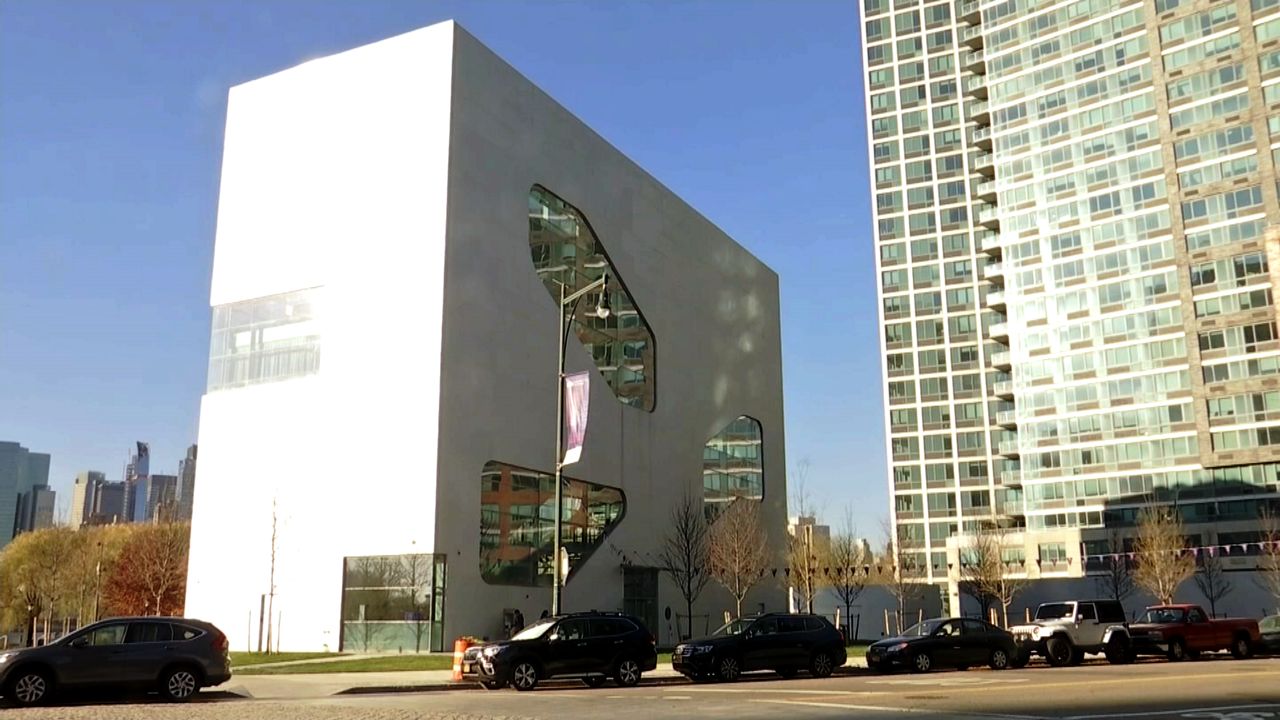 QUEENS, N.Y. - Tanya Jackson needs a walker to get around, and while it's challenging at times she says she never thought she would have issues getting a book at her local library branch.

But that’s exactly what the Long Island City resident said happened when she visited the new Hunters Point Community Library for the first time.

"It’s a sad day in 2019. You would think that the architects or whoever is behind the building would respect that. You know, want everybody abled and disabled be able to access all of it," Jackson said.

Jackson is a plaintiff in a new class-action lawsuit against the Queens Public Library system and the city, filed by the Center for Independence of Disabled New Yorkers. The suit alleges that the pricey building, which cost $41 million, excludes people with disabilities from enjoying full and equal access and that its design violates the Americans with Disabilities Act.

"I think of public libraries as a sort of cornerstone of Democracy and its a community space that should welcome everyone and that I think it makes it so galling that this one excludes so many," said Andrea Kozak-Oxnard, an attorney for Disability Rights Advocates.

When the library branch opened two months ago, the New York Times architecture critic praised it as "among the finest and most uplifting public buildings New York has produced so far this century."

But the lawsuit says a rooftop area with sweeping views of Manhattan, three tiers of bookcases, and part of the children's area are inaccessible to anyone who cannot climb stairs.

The suit says the library has one elevator and strollers can block the narrow path to it.

The complaint does not seek monetary damages, but advocates want to see change.

"We just want the library to fix the barriers. And we want them to do it in a way that is well thought out and involves the disability community and experts," Kozak-Oxnard said.

The city’s law department did not respond to NY1's request for comment.

As for the Queens Library, a spokeswoman tells NY1, "It is always the Library’s goal to be welcoming, open and available to everyone, including customers with disabilities. We are taking this matter very seriously."