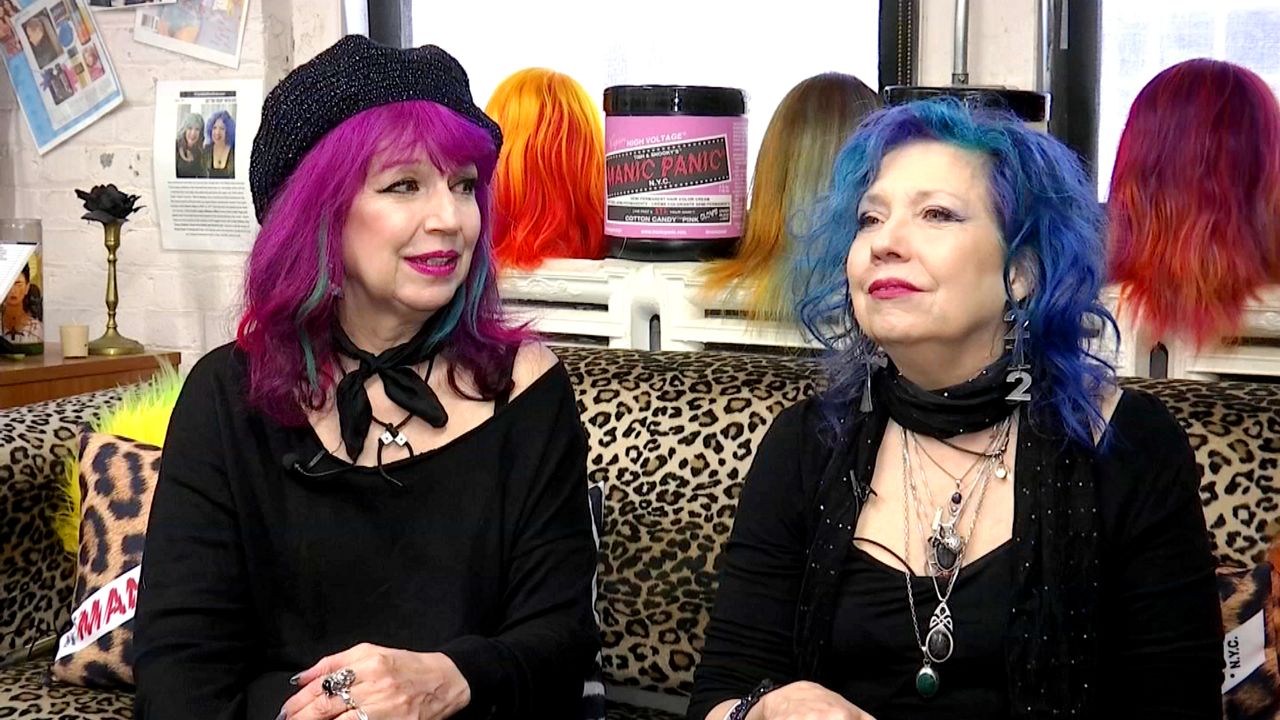 The Story of Manic Panic is Part Color, Part Punk

QUEENS, N.Y. - They were born Patrice and Eileen Bellomo, but the world knows them as Tish and Snooky. Two sisters from the Bronx who discovered the downtown punk rock scene in the 1970s, they were even members of the band Blondie.

"It was very organic back then. It was such a small scene it was hard not to know everybody," recalled Tish Bellomo. "So we got all of this media attention even though we had hardly anything to sell. We didn't know what we were doing. We had no real business experience. But we just figured it out," said Snooky Bellomo.

The sisters' journey to success inlcuded selling creative hair color in every shade of the rainbow - bringing the products in suitcases from the UK. When things soured with the company they distributed for they started making their own color - 100 percent vegan and cruelty-free. They now have 50 colors plus a line of cosmetics sold around the world.

"We came up with the unusual names that nobody else had. I think we were the first brand to do wacky names for all our colors like purple haze and voodoo blue," said Snooky Bellomo.

The duo have a new book out called Manic Panic, Living in Color, that chronicles their colorful rise in the business world. Rainbow Hair Shades have grown in popularity in recent years, it's not just for punk rockers and performers anymore. Tish and Snooky says that's good for business, and also make them happy since coloring your hair cotton candy pink wasn't always so accepted.

"We'd get ridiculed and tortured for our hair color and now, it's everywhere, it's on the runways, people on the subway, and it's no big deal, and doctor's offices," said Snooky Bellomo.

Not only that, some of the big beauty product makers have caught on.

"They were the same brands that were laughing at us when we go to the beauty shows, and now they are all doing it," said Tish Bellomo.