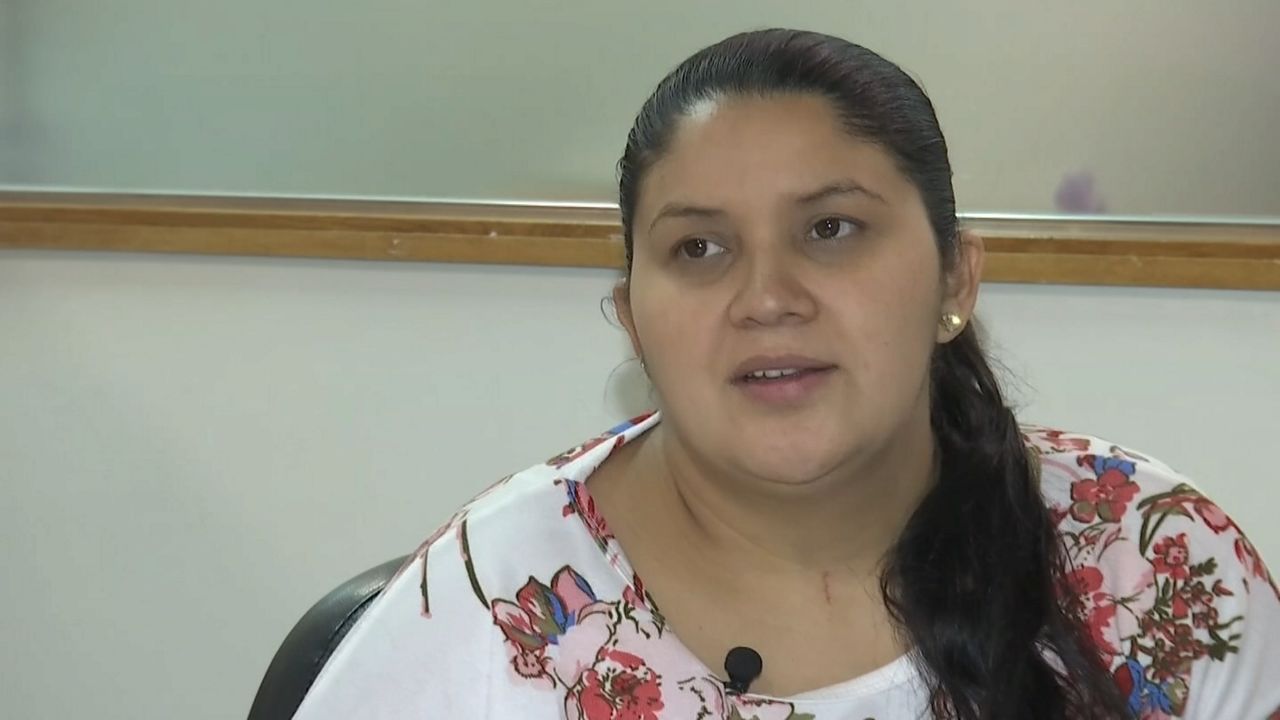 “I don’t want to separate from my family because my heart is broken,” said Sandra Garcia.

In 2006, she snuck into the U.S. through Mexico. She’s been trying to live in the city under the radar ever since, until now.

Her attorney Edward Cuccia says Garcia decided to apply for a green card, because her 10-year-old son, a U.S. citizen, is autistic and her deportation would create an extreme hardship on him. But it will be a while before her case is adjudicated.

“The delay in immigration court is horrific," said Cuccia.

According to research by Syracuse University, the backlog of immigration cases has grown from just over 542,000, at the beginning of the Trump Administration, to more than 1.3 million today.

Hearings for some of those cases are now scheduled for 2024.

Experts blame a surge in asylum-seekers, stepped up enforcement by the Trump administration, and a new requirement that some cases be resolved in court, instead of administratively.

“What the trump administration has done is remove discretion from the prosecutor’s office and that is a key element that was used before to manage these dockets and it’s gone. So someone who should not be in immigration court proceedings is stuck there,” said Cuccia.

The Trump Administration has added more than 100 immigration judges nationwide since 2017, and opened a third court location in the city.

“In spite of the judges our dockets have increased,” said Judge Amiena Khan, Executive Vice President of the National Association of Immigration Judges.

She says that even with the added judges, New York State has a backlog of more than 100,000 immigration cases.

“We are understaffed and under resourced.  In New York immigration judges are sharing support staff two or three judges share one legal assistant,” said Khan.

One of those new judges just scheduled Garcia's hearing for next October, but she's worried she’ll be deported before then.

“I feel scared because I don’t know what happens tomorrow, what happen in my life,” said Garcia.

The Trump administration’s budget proposal calls for spending $71 million more and hiring an additional 100 judges and support staff next year.