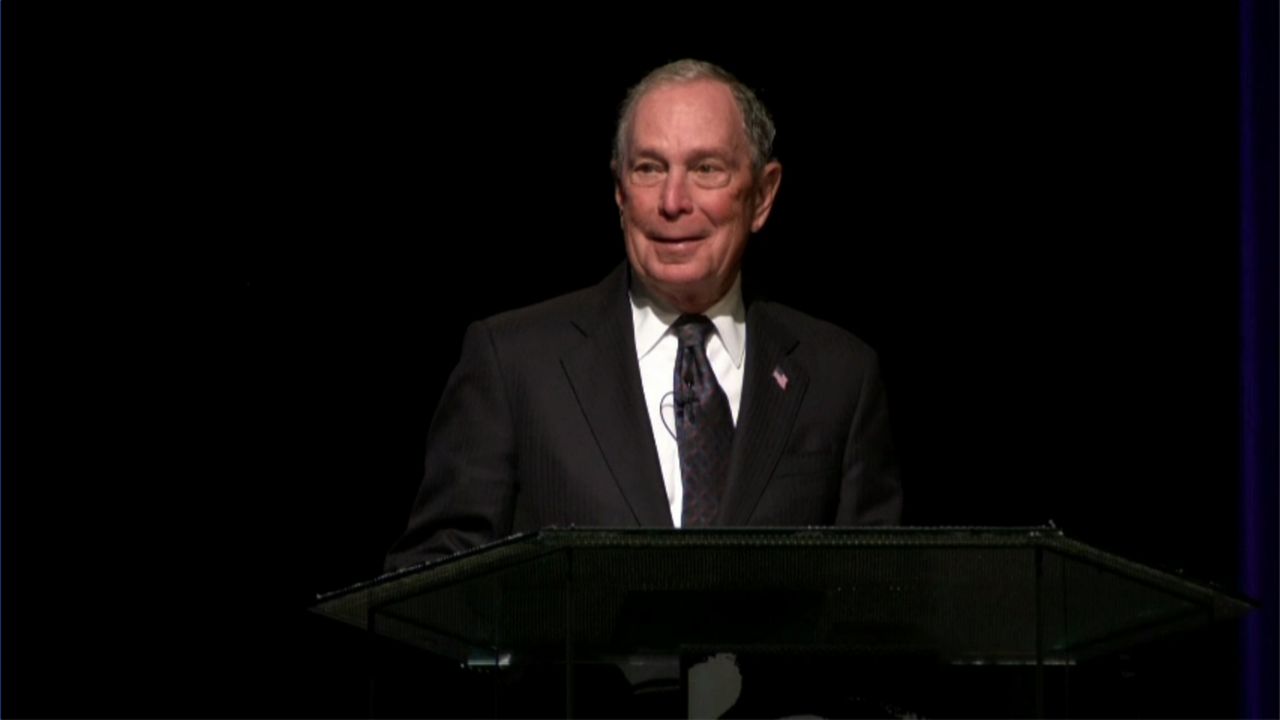 Former Mayor Bloomberg on Stop-and-Frisk: 'I Was Wrong.'

The opening song at the Christian Cultural Center had the lyrics, “Holy Spirit we wait on You.” As the country waits on Michael Bloomberg to announce if he's running for president or not, he stopped by the Brooklyn church to apologize. New York's former mayor told the predominantly black congregation, he was wrong about stop-and-frisk.

“I now see that we could and should’ve acted sooner and acted faster to cut the stops,” Bloomberg said. “I wish we had. I’m sorry that we didn’t. But I can’t change history. However today, I want you to know that I realize back then, I was wrong. And I’m sorry.”

The admission comes after Bloomberg's announcement that he may join the 2020 presidential race. The church pastor says he's known Bloomberg for nearly 20 years, so it was fitting that the apology happen here.

“He said, ‘Look, I made some mistakes. I want to speak to those mistakes, do you think it would be okay if I came?’” Pastor A. R. Bernard said of his conversation with Bloomberg.

During his terms in office, Bloomberg was criticized for the controversial police tactic. A majority of the people stopped and frisked by police were young black and Latino men. It led to years of protests and accusations of racial profiling by the NYPD. It also strained the relationship between police and communities of color. Critics say it could also cost Bloomberg votes if he does run for higher office.

“The erosion of that trust bothered me deeply. And it still bothered me and I want to earn it back," Bloomberg said while addressing the crowd.

Bloomberg stopped short of saying if he'll run for president, but many here have strong opinions on whether he'd make a good candidate.

“It’s too late for the apology. And we don’t need another billionaire in the White House so he doesn’t have my vote,” said Parishioner David Serreres.

Some of the people we spoke to here say Mayor Bloomberg needs to do more than just apologize for the stop and frisk policy. They say if he ever does occupy the White House, they want to see that apology backed up by policies.

“Don’t just speak it. I want to see the changes that you’re going to institute,” said Candice Douglas, another local. “That’s the difference between a politician and politics.”