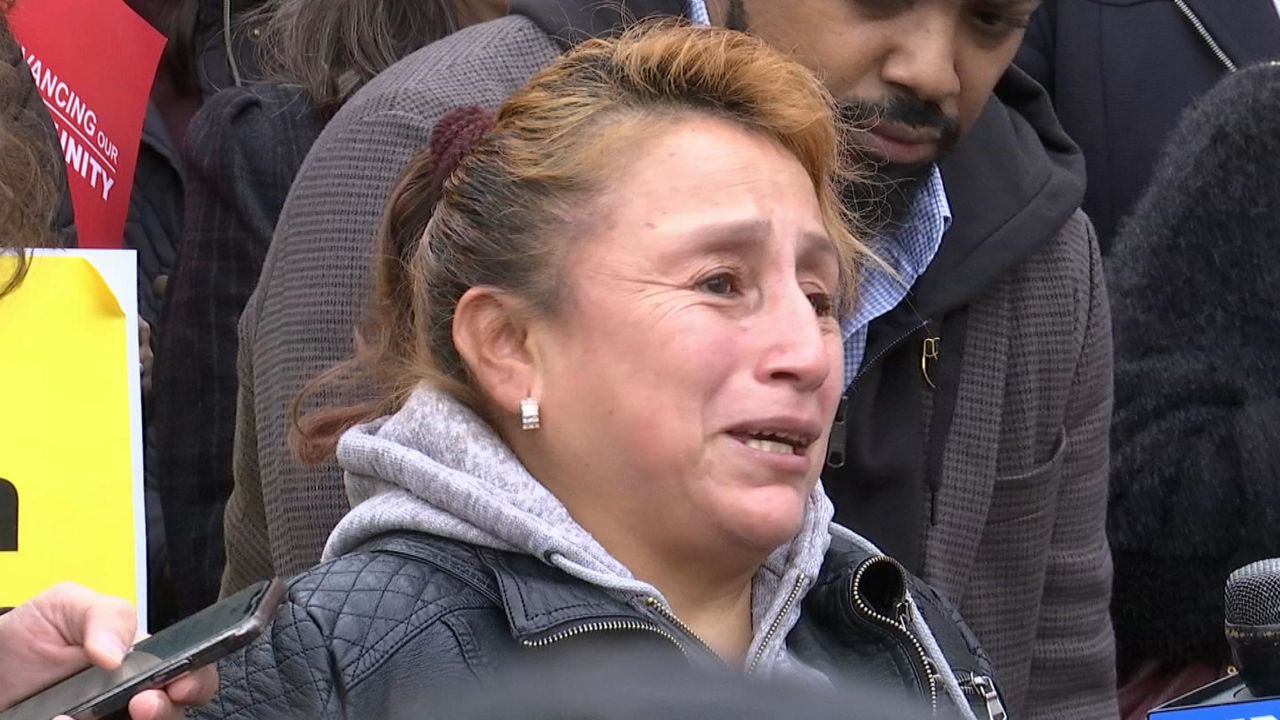 She was handcuffed Friday evening at the Broadway Junction station in Brooklyn and given a summonses, her tenth, for selling churros. Her cart, confiscated. She's become known as the Churro Lady. She identified herself to reporters as Elsa.

"This also happened before. We would get tickets, but we would also get our things back, and we would go to another station to sell. But this officer is too much," she said. "They are very racist."

A cellphone video of her arrest went viral, giving new energy to a debate about policing in the subway, and Governor Cuomo's priorities for the transit system.

Transit advocates and politicians gathered Monday outside the Broadway Junction station, saying police should not have cuffed the Elsa and confiscated her cart. She was later released with a summons.

As they spoke, another churro vendor was cuffed four stations away on the L line at the Myrtle-Wyckoff Avenues stop.

"Obviously, you can't have a free-for-all of anyone selling their wares, but you also shouldn't be arresting the little old lady who's selling churros," Public Advocate Jumaane Williams said. "So you ask me where the line is, sometimes it does get blurry, but we know where it isn't."

The advocates blasted Cuomo's plan to add 500 police officer to the MTA's police force, saying the money is needed to preserve and improve transit service.

Members of the NYPD, not the MTA's police force, cuffed the Elsa. Mayor de Blasio defended his officers.

"The facts are she was there multiple times and was told multiple times that’s not a place you can be, and it’s against the law and it’s creating congestion," de Blasio said.

Cuomo defended his decision to beef up the MTA's force.

"The feeling that subways are unsafe is up and I’m hearing it all over and I think the additional MTA police will be helpful in that regard," he said.

The numbers of robberies, rapes and murders have ticked up in the subway, but the total number of serious crimes in the system is down 3 percent this year to an average of six a day, or about one for every million straphangers.

Assaults on subway workers are up, 104 this year through October, compared to 74 last year, according to MTA stats obtained by NY1.

MTA officials on Thursday will detail how they plan to cover the cost of 500 new officers, without sacrificing service, when they release their budget for next year.