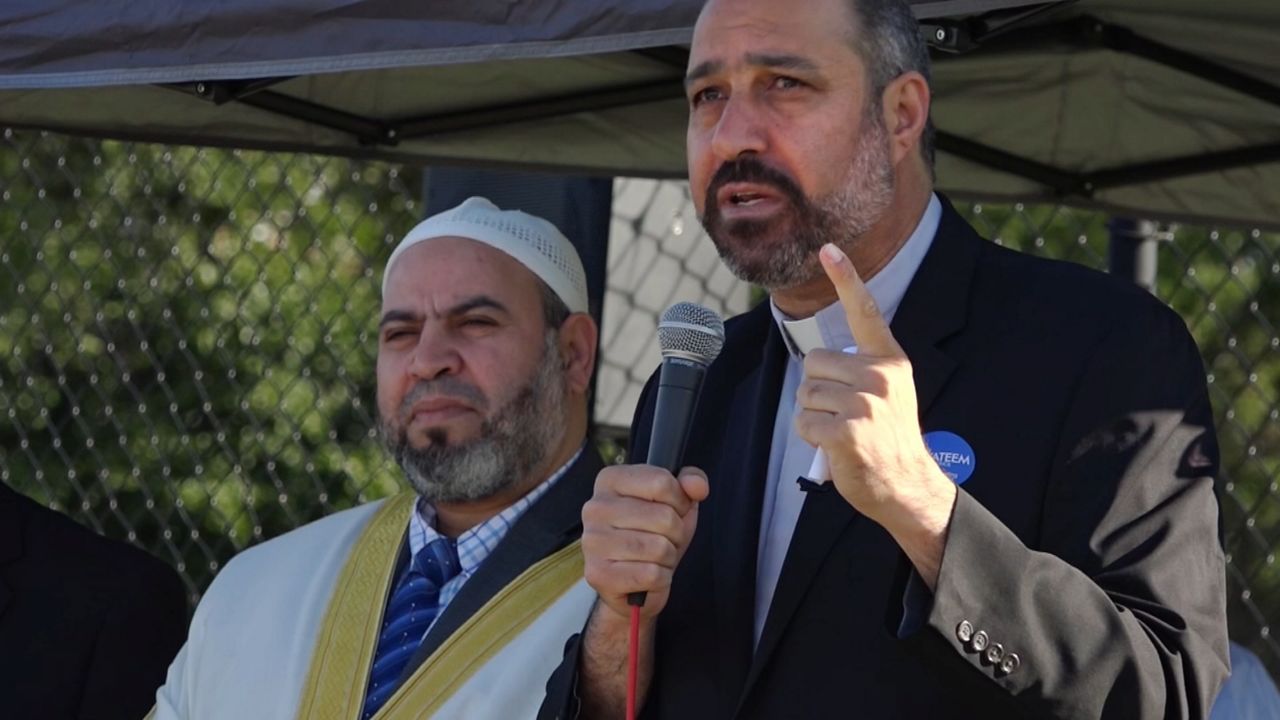 A Novel Brooklyn Campaign, a Documentary, and Hopes for Political Change

In 10 years, DOC NYC has become the largest documentary film festival in the country. More than 130 feature-length films will be shown.

One of the documentaries getting a lot of attention is "Brooklyn Inshallah" by Ahmed Mansour. He came to Bew York to study film at New York University on a full scholarship.  He set out into the city with a camera, looking for a story, and quickly found one.

"I'm a Palestinian. What I found in New York is that," Mansour said. "it is a very weird city in so many ways for me. It's like a city of exile. No one belongs, but at the same time we all belong here."

Simon: So many things in and around New York City, I'm sure that could have inspired you to start your first full-length documentary, but what was the moment you knew you had something special?

"I heard a guy say, 'I am the first Arab American Palestinian Christian immigrant Lutheran pastor to ever run for New York City Council,'" Mansour recalled. "So I was like, 'Wow.'"

Mansour decided to follow Khader El-Yateem's candidacy in Bay Ridge, Brooklyn. He said he was surprised by what he found in the large Arab American community there.

"Only 250 out of 40,000 Arab Americans voted in the last election in 2016," Mansour said. "So for me, I was like, we look at the U.S. a place where you can be a citizen with rights to elect the people who represent you, and here you are not doing that."

But, as the film shows, democracy New York style can be messy. Many Arab Americans could not vote because of language issues, especially when some Arabic translators were booted from voting sites.

Mansour hopes his film can be shown across the country to inspire change. The appetite for documentaries of all kinds is massive right now.

"It can be an emotionally experience to watch a documentary film," said Thom Powers, the artistic director of DOC NYC. "often more emotional than a superhero movie."

The film festival runs through November 15. For details on screenings, go to docnyc.net.