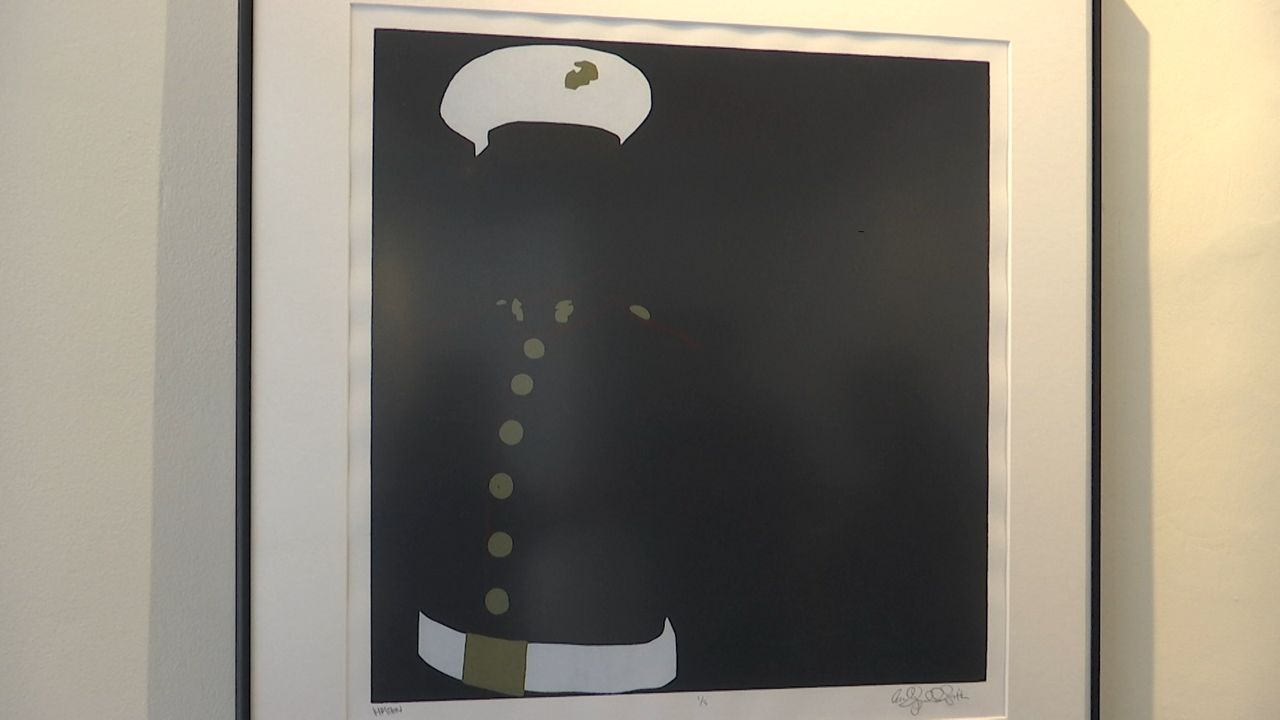 Sacrifice and service are on display in the Flatiron Building, from a mother learning her son was killed in action to a female Marine, or rather a Marine who happens to be a female. Battocchio served for five years on embassy duty in several countries and says women in the Marine Corps have additional challenges.

After she left the Marines, Battocchio enrolled in Manhattan College and was asked to record her story for an artist to interpret.

Smith is an assistant professor at the University of Dayton and was asked to participate in what’s called the Experiencing Veterans and Artists Collaborations, or EVAC project, which was started a few years ago in Ohio.

“I did something that I hoped she would be proud of and that she would feel represented by,” said Smith.

“It tells stories of our conflicts, our wars, from the ground up, not the top down, not from the politicians, not from the generals, but form the men and women who have served,” Manhattan College Professor of Religious Studies Stephen Kaplan told NY1.

Kaplan says he got involved in the project because it flows with the program he created to help veterans assimilate into school and society, something which helped Battocchio, who is now a grad student at Georgetown University and a legislative policy analyst for the government.

“It needs to be a mutual effort — both parties, the veteran community and civilian community — because I think there’s a lot to learn from both,” said Battocchio.

The exhibit is open six days a week at the Flatiron building through the New Year, and it’s free.