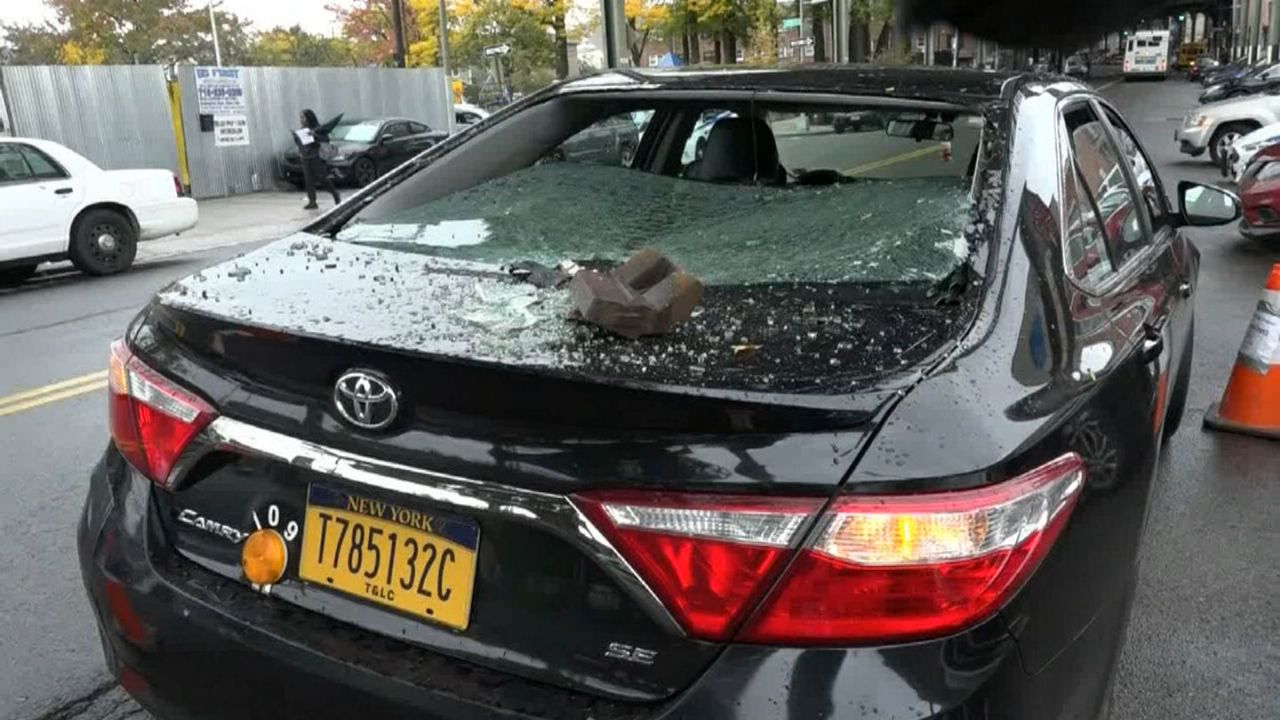 NYC Transit President Andy Byford says it is unacceptable to him, as a former safety director years ago, that debris would fall from elevated tracks in the subway system. And while no one was injured in several incidents this year, serious property damage did occur.

And he's pledging a multi-step approach to keep the public safe.

"We are doing our damnedest to stop these incidents from happening," Byford said at a news conference held at the MTA's Tiffany Street Iron Shop in Hunts Point Friday morning.

He explained the MTA's "blitz" of elevated track inspections was over, inspections that were triggered by the latest example of falling debris: a piece of iron from the A line fell into a car window in Ozone Park more than a week ago.

But he said his plan was a three-pronged approach.

"The plan is to deploy new management; exploring new designs of baskets and fastenings to stop falling; and improving an already rigorous inspection process,” Byford said.

At the testing facility, members of the media were shown examples of newly designed retainer baskets and new types of nuts and bolts that lock around each other and minimize vibration.

NYC Transit's new Chief Track Officer explained the new baskets could be installed from above, unlike the ones used currently.

And she said the new nuts and bolts being tested, called a lock nut, are more durable and less likely to become loose than the old ones. The nuts and bolts are used for a variety of purposes across the system.

"Because that’s the first thing, let’s have it not come loose. Let’s have it stay where we put it," Rumph said, as she explained how the lock nut was designed.

Byford said inspection cars mounted with video cameras are checking for weaknesses along the rails.

And he said the MTA is considering full-on netting, like this, as a last resort.

He pledged that as a former subway safety director, he is not complacent.

But with millions of pieces of equipment prone to loosening because of vibration, he also refused to make promises he could not keep.

"That there would be no incidents in the future, I cannot guarantee that. But what I can guarantee is our approach," he said.

Meanwhile, a pilot project is testing the full netting at four different locations.