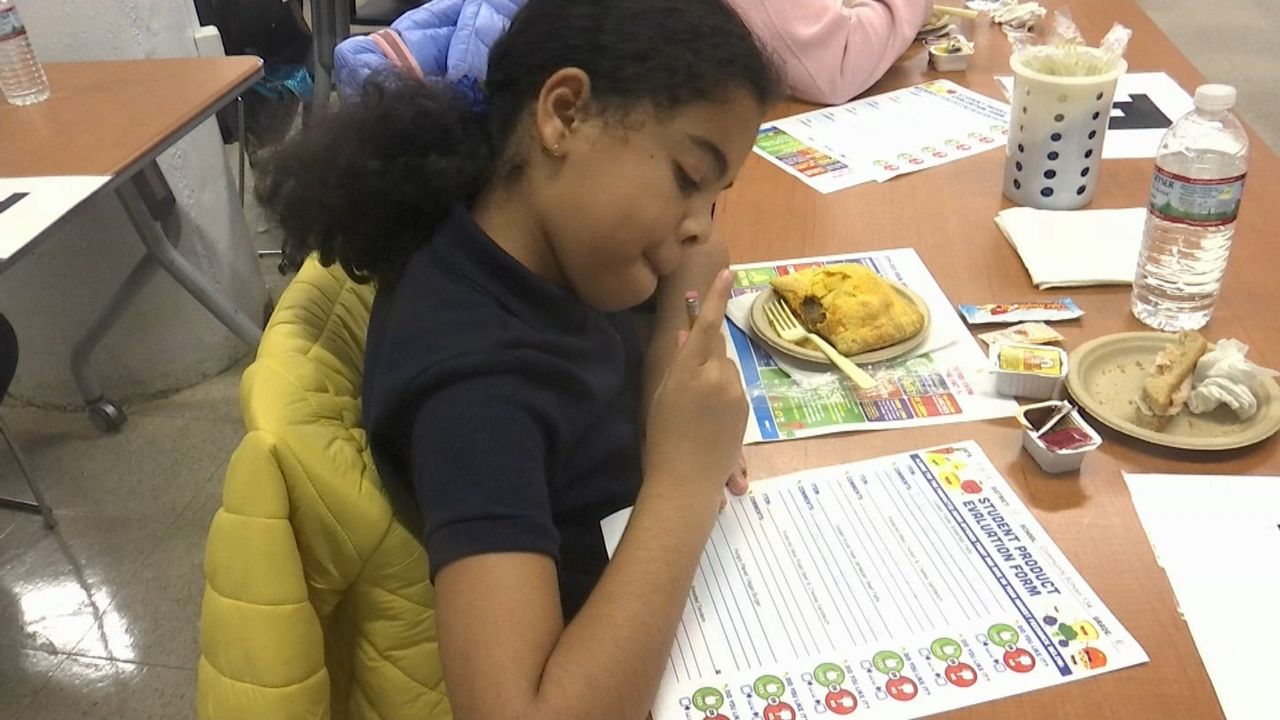 Behind a heavy wooden door in a drab Queens building, is a bustling kitchen with chefs concocting dishes for especially finicky eaters -- schoolchildren.

It's a test kitchen, operated by the city's Education Department. Dishes are prepared, sampled and rated. The ones that survive the approval process are served in the city's public school lunchrooms, which prepare a million meals a day.

“Some of the stuff that we do is really good and the kids love it, and some of the stuff not so much and that’s when we send it back and try to get it redeveloped," said Andrew Mora, a recipe and menu development associate for the Education Department.

Potential menu items must meet a dizzying array of nutritional requirements. In addition, school cafeterial workers must be able to quickly prepare them. And they must contain ingredients the city can buy in bulk through its contracting process.

After all that, maybe the biggest hurdle: a student taste test.

“It was good but some of it I wasn’t really used to it so I didn’t really like it," one said after sampling some food..

On this day the kitchen's is hosting a fourth-grade focus group, students on a field trip from a Bronx school who sample six new items the city is considering for cafeterias.

There is a clear favorite.

"I like the Jamaican beef patty," a student said.

“It was fresh out the oven and it was hot and spicy,” another added.

“When the lady asked me, who is done, I said I’m not done because I love it,” a third student said.

The patty is a new version of an old favorite, using halal meat, as the city pilots serving kosher and halal meals.

Not everything is a hit. These child testers do not hold back.

“The roast beef, it kind of made my stomach hurt, and it was a little bit nasty,” said one student.

With Meatless Mondays in effect citywide this year, the city is testing vegan and vegetarian options, with mixed results.

“It was kind of excellent. I didn’t have no problem with it," one said.

"The vegan burger, it didn't taste like a normal burger," another said.

The chefs say they welcome the honesty; they want cafeteria food to be appetizing enough so that students actually eat it.

“It’s definitely the best part when you create a recipe and you give it to the kids and they’re loving it ... Sometimes when they don’t like something or they’re really not vibing with it, we get that feedback and I say ok well what can we do to change it," Emily Logan, the recipe menu development chef, said.

It may take a while for the students to find some of the food that they tasted in their own cafeterias. The process of getting from the test kitchen to a regular school lunchroom can take up to 2 1/2 years.