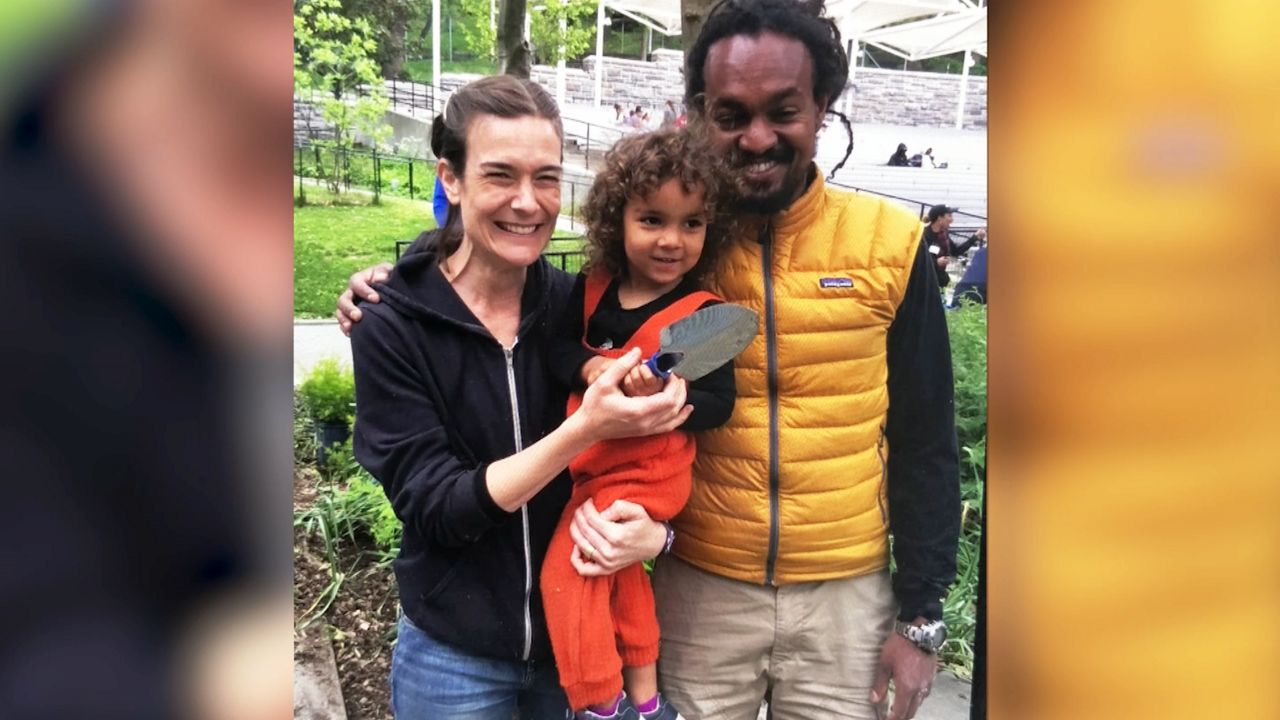 Neighbors and friends describe them as a beautiful, almost perfect family. But something horrible went on behind closed doors.

Police say 46-year-old Yonathan Tedla decapitated his wife Jennifer Schlecht, slit the throat of their 5-year-old daughter and killed himself inside their West 121st Street home. Heartbroken over the tragedy on their block, many neighbors were seen weeping.

Police say Schlecht was trying to divorce her husband and that the couple was supposed to appear in court Wednesday, but did not show up.

After not hearing from Schlecht, her family contacted police.

Officers found the family dead inside their brownstone apartment. They said Tedla had hanged himself.

"The daughter sits on the stoop plays with her father. I would have never guessed that was the situation," said another.

Detectives went in and out of the home Thursday. At one point, they hauled away several pieces of computer equipment.

Schlecht was 42 years old and spent most of her professional life working on women's issues, most recently with Family Planning 2020, a global humanitarian organization dedicated to helping women.

People on 121st Street say Tedla was known for always exercising, and he often carried his little girl around with a big smile on his face.

"I would speak to him all the time. He was a very happy-go-lucky guy," said another. "But looks are deceiving."