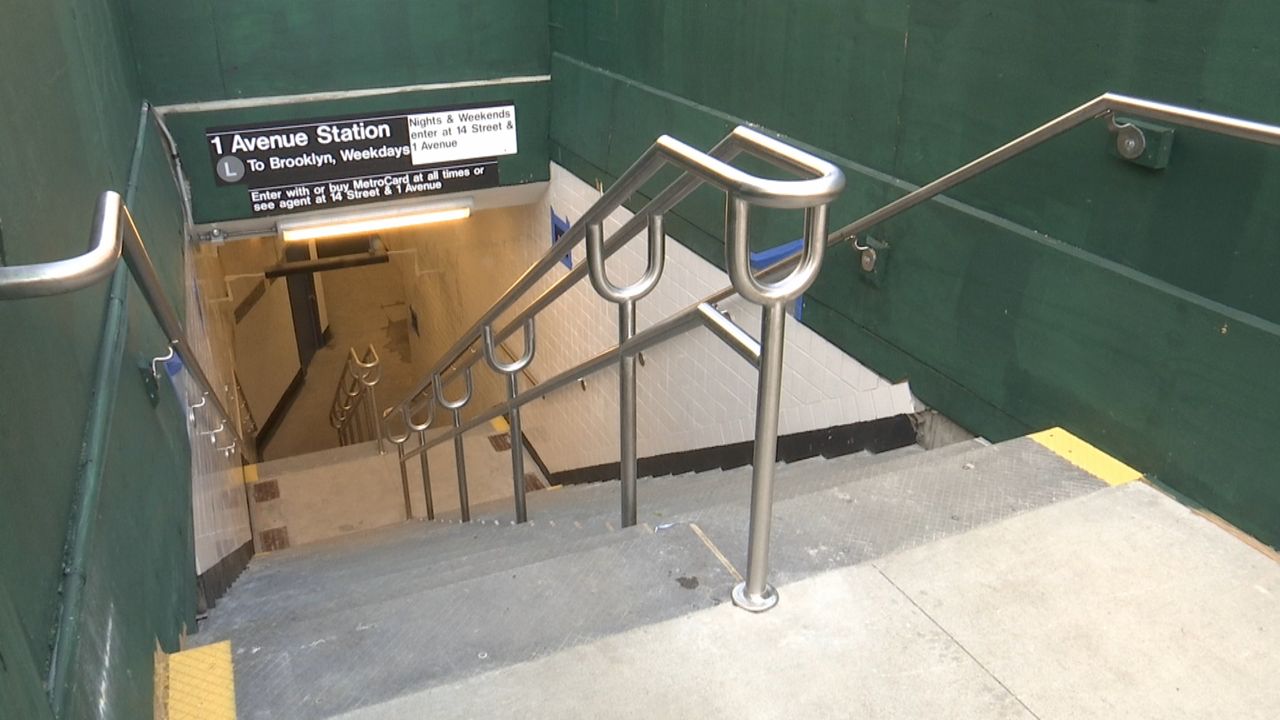 It's not often Angelina Pettignano smiles when she takes the subway. But on Monday she felt like she got a gift she had wanted for years.

"This is very good," said Pettignano. "Tell them I say thank you very much."

Pettignano and thousands of other L train riders were ecstatic the MTA finally opened an entrance on Avenue A to the First Avenue station.

The entrance had been under construction for more than two years, and on residents' wish lists for decades.

Commuters living east of First Avenue said it was sometimes a struggle just to walk to and get on the subway.

"It was a worse walk before this entrance because I would have to go all the way to First Avenue and then literally fight my way into the station and down to the Avenue A end of the platform, so at least I could get onto the train," said Bill Huebsch, a 41-year resident of Stuyvesant Town.

Officials predicted about 21,000 riders would use the new entrance on an average weekday.

Eventually, elevators will be installed at the stop, making the station fully accessible.

It's all part of the MTA's upgrade of the line, which includes repairing the damage caused by Hurricane Sandy to the L train tunnel beneath the east river.

Many commuters arriving at the station Monday morning didn't expect to see the entrance open. But they were glad it was.

"I'm so happy," East Village resident Paddy Coolligan said. "My poor daughter, she used to go to high school and would complain, 'we ought to have an entrance here.' And now she's moved off to Jersey and she won't get to enjoy it. But I will. And we get an elevator soon, too.”

"Have you ever been so happy with the MTA?" I asked.

"No," she replied with a laugh.